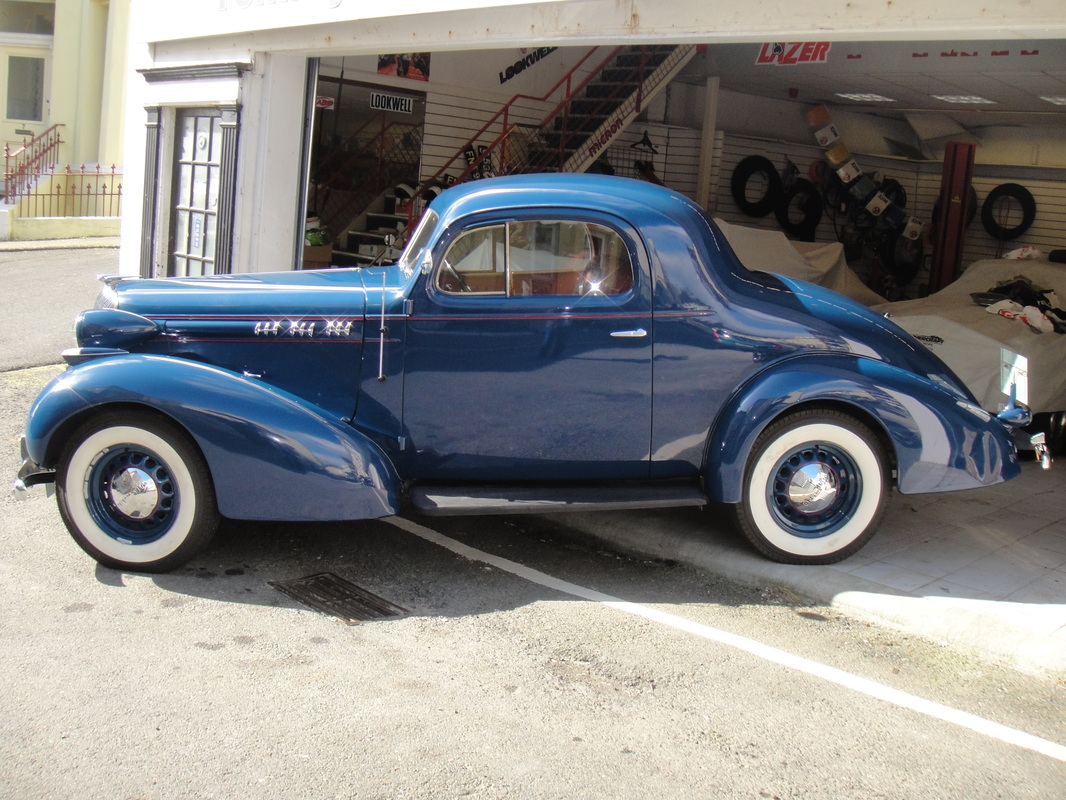 Oldsmobile was not known for taking a lot of chances with radical styling, but their 1930s era cars were undeniably handsome and nicely equipped. The 1936 Olds sales brochure gushed about the cars, bragging they were “smartly styled and luxuriously appointed cars in every respect — comfortably roomy — amply powered…  There is nothing more attractive to the eye and nothing more pleasing to drive than this Style-Leader Oldsmobile Six. Mechanically, it is the sum of Oldsmobile’s entire experience in balanced engineering and precision workmanship. The engine is unexcelled for smoothness, quietness, and efficient operation… Naturally, it has every modern fine-car feature in body and chassis. Naturally, too, a car of this quality character is designed to give you everything you want, everything you have a right to expect … in style, performance, comfort and value — ‘The Car That Has Everything!’”

On Jan 1st, 1936 GM-H released the new Oldsmobile range and it was obvious that GM-H was still conscious of continued tough economic conditions from the depression period. This year open cars like the Roadster & Tourer were cut - leaving only the Sloper (All Enclosed Coupe) and Four Door Sedan available on both 6 & 8 cylinder chassis.

For 1936, the Oldsmobile Series F received minor restyling. The L-head six-cylinder engine displaced 213 cubic-inches and produced 90 horsepower. The wheelbase measured 115-inches and had an overall length of nearly 189 inches. The body styles included a convertible, business coupe, Sport Coupe, 2- and 4-door sedan, and 2- and 4-door touring sedan. Total production for 1936 for the F-Series was 158291, making up a significant portion of the overall Oldsmobile sales.

This car has been restored in the past by someone who knew what they were doing. Every time I have to work on this car, I am always impressed with the quality of the restoration of all the components. Admittedly, when I stripped the car for paint there were a couple of surprises, but I've done all the hard work and the car is ready for another 75 years.

Mechanically I haven’t had to do much despite having covered a few thousand miles in this car. I have had the interior re-done in leather with Wilton carpet.

The only drawback with owning an Oldsmobile is the club backup and parts availability is poor when compared with all other America cars. Consequently, I have been slowly building up a large collection of spares, which has been a necessary pain. General service items are fine, but say you wanted a brand new starter, you would have to settle for getting your own rebuilt.

In 1936, you had a choice or two colours for the Business Coupe: Packard Blue or Storm King Grey. The Sedan offered 5 choices, strange why the coupe only offered two.

This bears a striking resemblance to my car and will give you an idea of how these cars drive.

Power comes from Oldsmobile's rugged 213 cubic inch inline-six, which despite its flathead configuration, makes plenty of power and feels lively out on the road. Unlike the Chevy Stovebolt, the Olds featured full pressure lubrication, an external fuel pump, and a smooth demeanor that was the envy of even more expensive machinery.

The engine bay has not been detailed like the rest of the car,  but it runs superbly and in my opinion this is how you want your classic to look. Corporate green paint on the block, new plug wires, and a correct downdraft carburetor and oil bath air cleaner ensure that it runs like it should. The original 3-speed manual shifts easily thanks to standard synchromesh, and it cruises pretty happily at 55 MPH. And as I mentioned, Oldsmobile offered hydraulic brakes for the first time in 1936, so handling and braking are surprisingly modern compared to, say, a 1936 Ford. 6.50R16 wide whitewall tires have been fitted to matching steel wheels with original chrome hubcaps.
​
A great drivers car, this Olds offers sophisticated road manners, reliability, and great parts availability, all wrapped in a handsome 2-door body that is easier to maintain than a Morris Minor.

As you can see the entire body was stripped back revealing the original lead work. 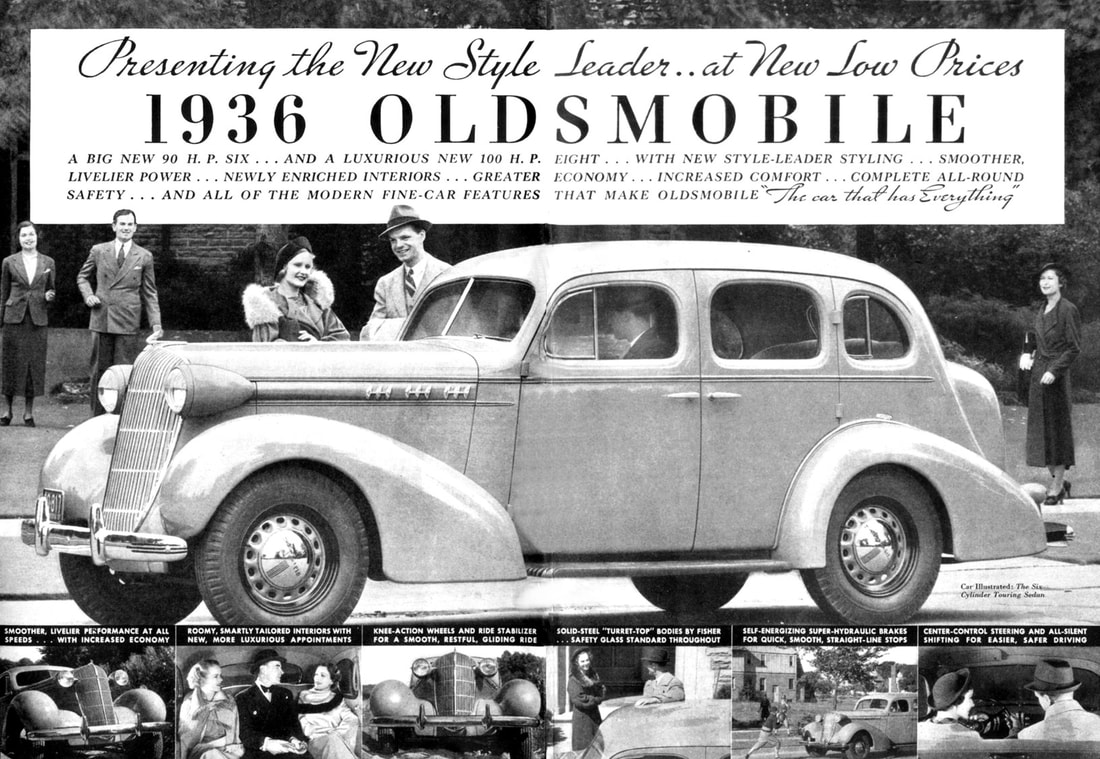 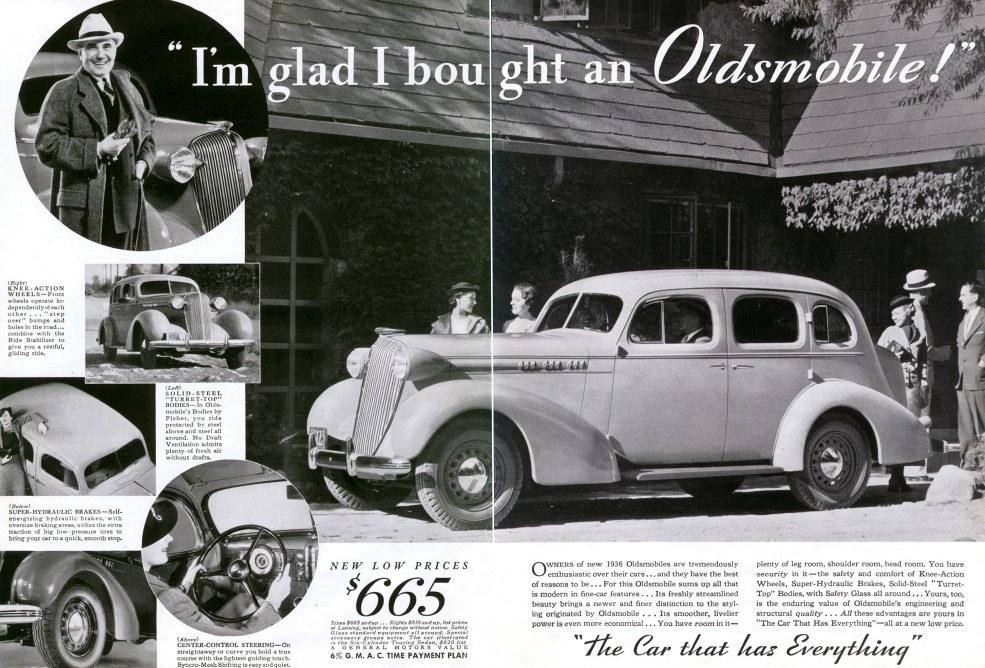 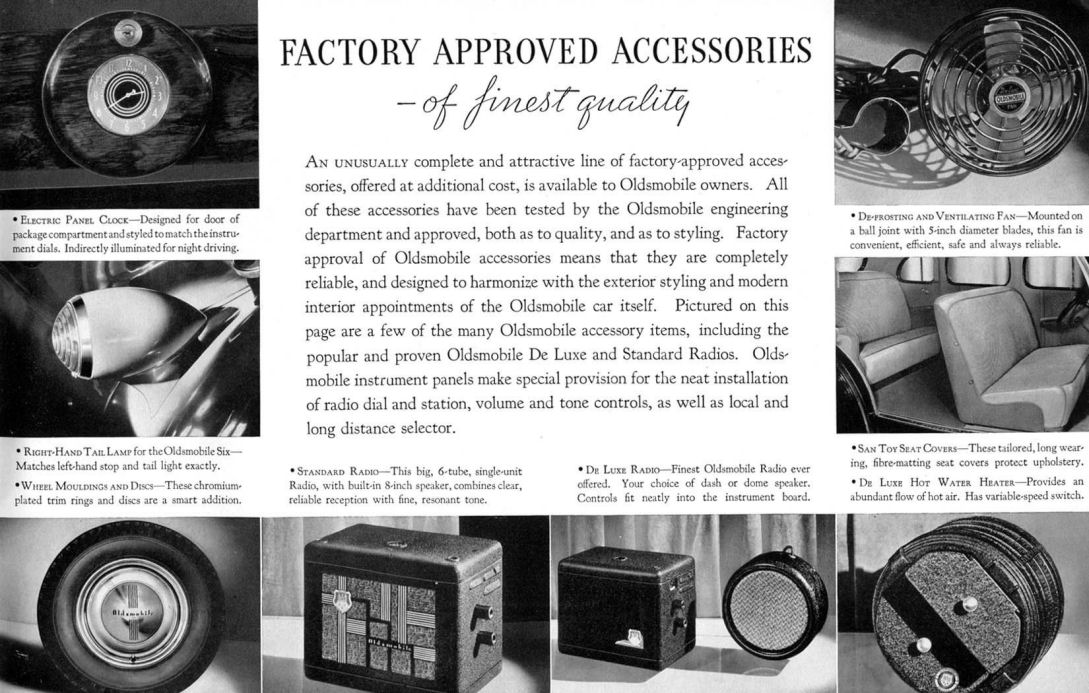 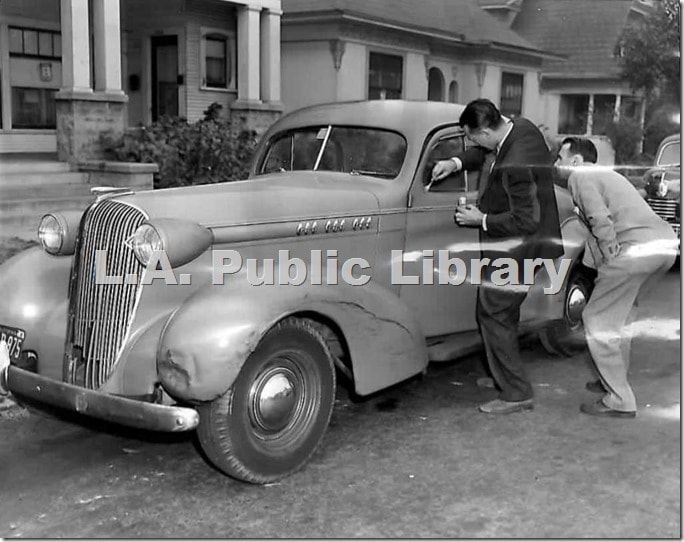 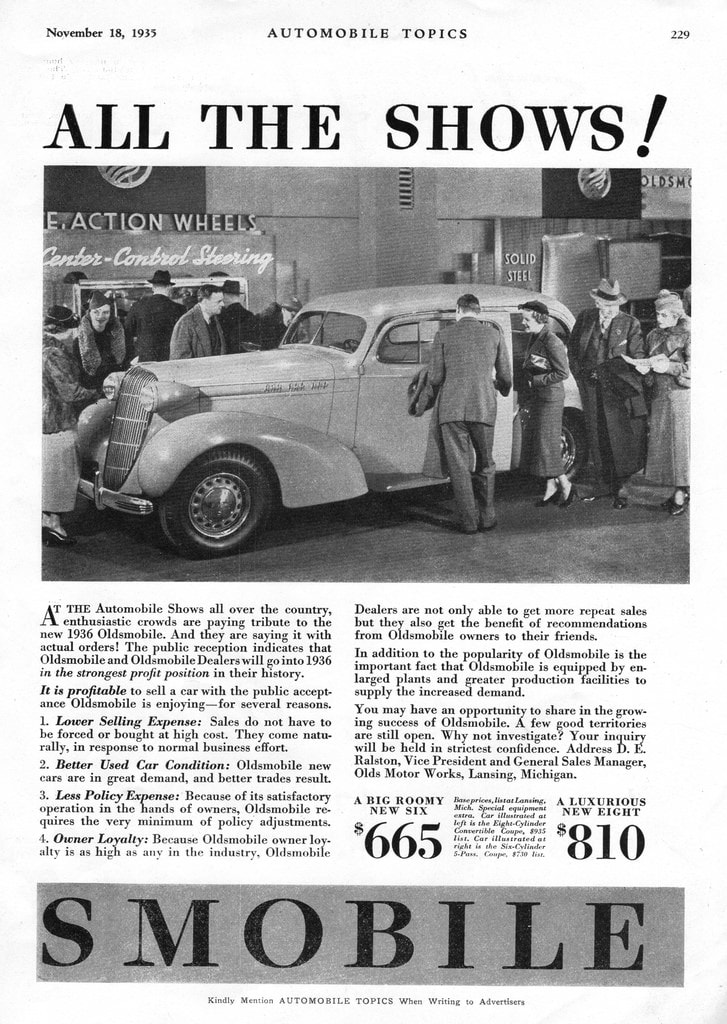 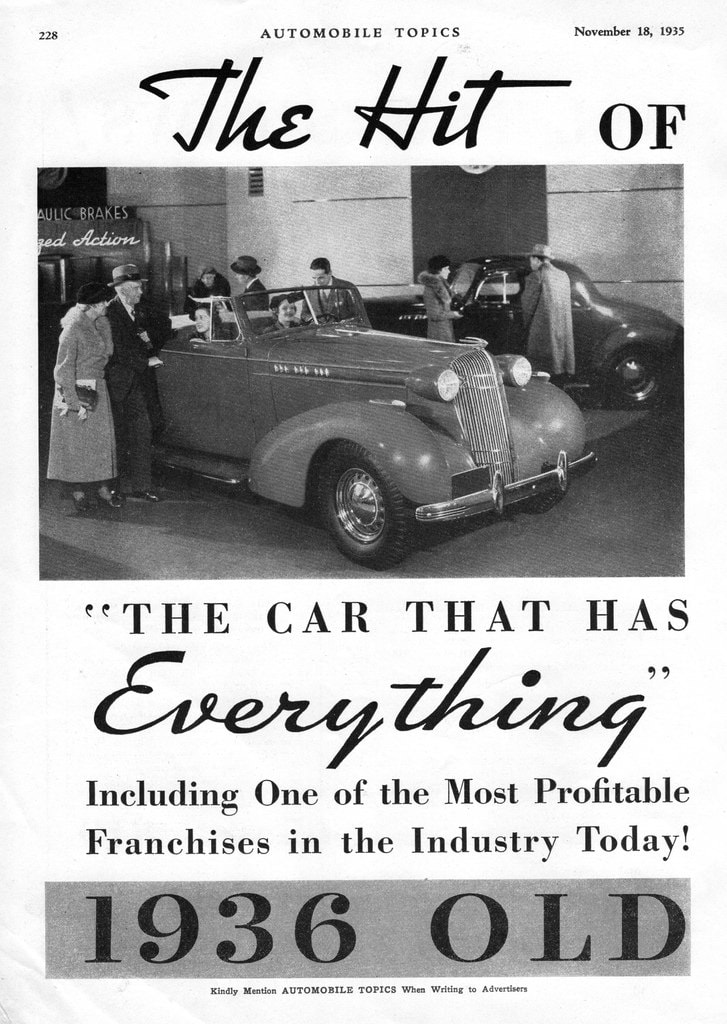 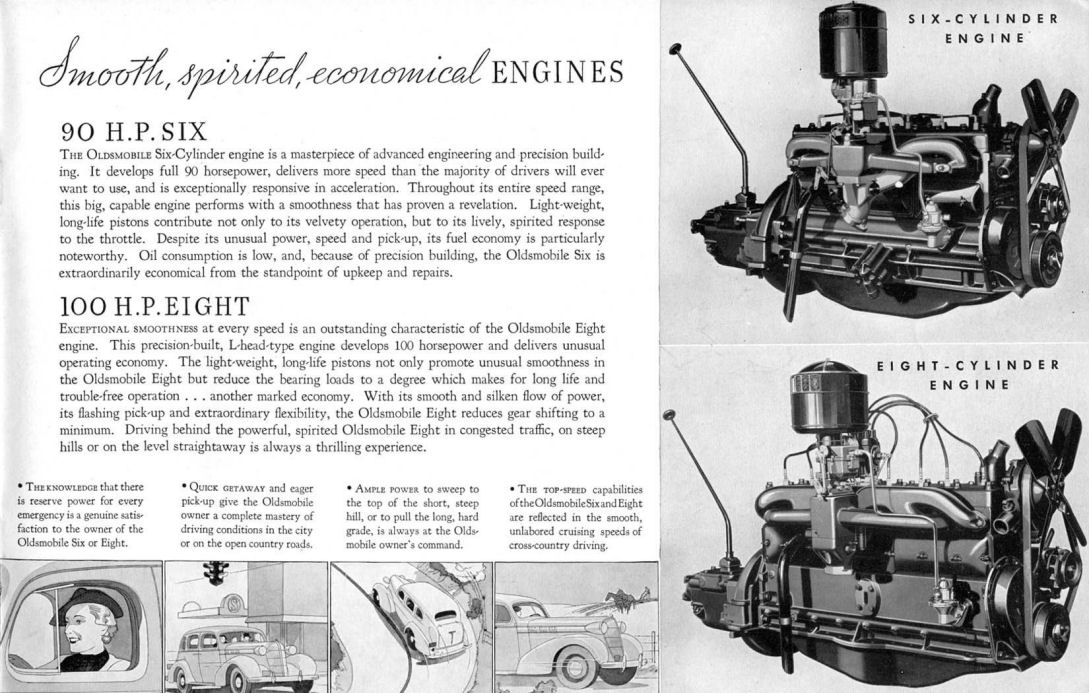