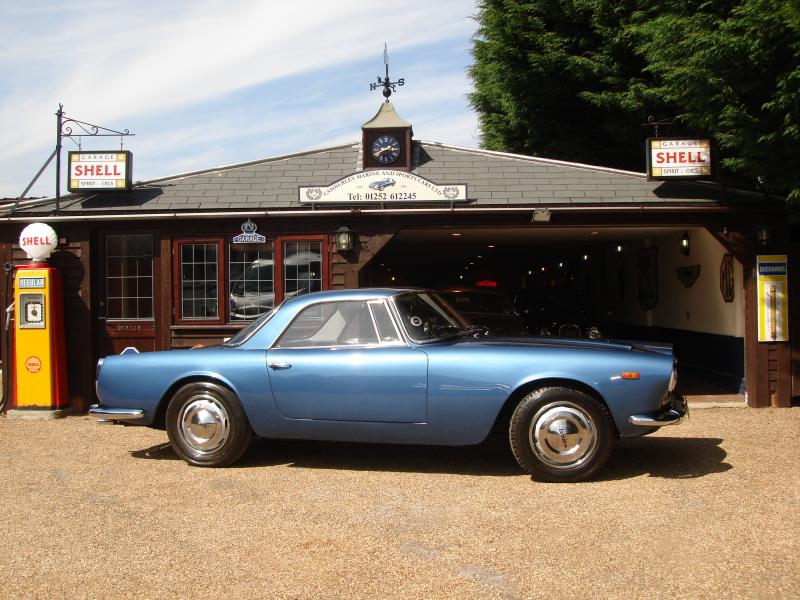 Lancia is one of the motoring world’s oldest manufacturers. Dating back to 1906, it has been responsible for some memorable and truly iconic cars. Do you remember that 'Top Gear' episode where all three presenters voted 'Lancia' as the best car maker in the world!

The Lancia Flaminia was in production from 1957 right up to 1970, with over 12,500 cars sold, and it was positioned at the top of the Lancia range. A small number of the total production run were assigned to variants such as Coupe and Convertible versions using coachbuilders including Pininfarina and Carrozzeria.

Named after the Roman road that stretched from Rome to Ariminum, the Lancia Flaminia graced the roads of Europe from 1957 replacing the successful Aurelia. The Flaminia was a huge technical leap forward from the outgoing Aurelia. Introduced in 1962, the distinctive 2-door aluminium body of the GTL was designed by Italian coachbuilder Carrozzeria Touring. Slightly longer and taller than the standard GT version, only 300 of the 2+2 GTL’s were thought to have been built. Powered by the Lancia V6, the triple carburettor 2.8 Litre engine produced 150hp. Typically, the rear end was De Dion with a four speed rear mounted transaxle.

The Flaminia's chassis might have been a development of the Aurelia's, but it was significantly upgraded. The front suspension was changed to a more conventional configuration with double wishbones, coil springs, telescopic shock absorbers, and an anti-roll bar. The rear suspension retained the De Dion setup, with a transaxle mounted at the rear as in the Aurelia.

Carrozzeria Touring designed and built these aluminum bodied two-door versions, which can be easily distinguished by their four round headlights (rather than two on Pininfarina Flaminias), and a shorter cabin - the wheelbase was decreased significantly for the GT and Convertibile, allowing for only two seats to be mounted. The GT was a coupé, while the Convertibile was obviously a cabriolet version (with optional hardtop). The GTL, introduced in 1962, was a 2+2 version of the GT with a slightly longer wheelbase. The Convertibile was in production until 1964, with 847 made in total (180 with the 2.8), while the GT and GTL lasted until 1965, with 1718 GTs and 300 GTLs made (out of which, 168 GTs and 297 GTLs with the 2.8).

The Flaminia is one of the few remaining sub-£100,000 Superleggera’s. An intelligent, stylish alternative to many of the more mainstream coupes of the period. There are Zagatos build on the same chassis, running gear and engine exceeding £250k.

For those of you who have been running around in MG or similar, it's important to understand this is a rare coach-built aluminium tourer/sports car, and not some mass produced pressed steel car.

This alluring and very elegant coupe is in an overall good to very good condition. This Flaminia is resplendent with a stylish newly trimmed interior in tan leather set off nicely with a wooden Nardi steering wheel and an original (upgraded) Becker radio.

The Superleggera body has the typical aluminium skin that always was fashionable at the exclusive coachbuilder.

These coach built coupes were quite a bit more expensive than the Berlina, however despite this and a shorter production run, they were the best sellers.

The GT, GTL and convertible models were designed by Carrozzeria Touring, which were all aluminium bodied short wheelbase two door designs, and were further distinguishable from the Pininfarina models by their quad headlamps. 847 Convertibles, 1718 GTs and 300 GTLs were produced, making these far rarer and subsequently more expensive than the standard variants. GTL cars were slightly longer wheelbase 2+2 versions of the GT models and the convertibles were two seaters with an optional hard top. Sport and Super Sport two seaters were built by Zagato, and are very desirable – especially the ultra-rare flush covered early Sport models of which only 99 were built.

In February 2016 this car was subject to a major overhaul by UK Lancia specialist Omicron engineering. Particular attention was given to the engine running and brakes. This included all new brake discs and brake pipes.

This car unfortunately comes with almost no history or paperwork, however it has been subject to a major overhaul costing almost £10,000 in 2016. The build quality on these cars was excellent and the attention to engineering details means that there are fewer problem areas than you may expect from an old Italian sports car.

Part supply has proven very easy with Omicron in Norwich able to supply everything I've needed.

The original servo brakes  were praised in the 60s.

Engines are strong and with single overhead cams and pushrod valve actuation they are not difficult to work on. Rebuilds are rarely required unless you are buying a project car.

The car starts right-up and I have had no niggly problems unlike so many of my old cars.

The interior was completely redone in 2021 and I bought the best leather and carpet, because it's my intention to keep the Lancia.

Unfortunately, there is very little history with the car, which is why the value would be discounted.

Underneath, the car shows having been extensively sorted with a strong underseal. I have not attempted to remove this as it has been done well. I have gone over certain areas with an additional layer of wax for belt and braces.

Despite having covered a lot of miles on the Isle of Man; mechanically, I have not had to do any work save for a service. It pulls strong and now the brakes have been done it stops perfectly.

In terms of the body, it's very good with no marks. There are two blisters the size of a penny about 10cm above the rear arches on both sides. This is very common. The aluminium body reacts to the steel chassis where the frame touches the body. When they left the factory there was a piece of felt between the two metals to stop the chemical reaction, but over the years this perishes.

The chrome is all good apart from the front grille surround, which could do with re-plating.

It's an awesome car to drive for it's age, the gear-change is a delight and the exhaust tone a dream - this is a driver's car.

Suspension systems were advanced for their day and offer a really comfortable ride quality.

Speak to any knowledgable dealer or expert and they will tell you that these cars are really under-valued, but this is changing and it won't be long before you will need £100k to extract a good example from a conscientious Flaminia owner.

In summary, the Lancia Flaminia designed by Touring is a sublime combination of audacity and craftsmanship - one of the best automobile designers, Carlo Felice Bianchi Anderloni created this timeless design. The Superleggera bodywork construction technique remains today a most sought-after feature for Classic Cars collectors. Given the staggering prices paid for Enzo-era Ferraris, this is perhaps the only way you can truly enjoy a stylish old Italian sports car without having to win the lottery. This is a true driver's car with light responsive steering and a great revving V6 normally associated with a sports car. However, the tall gearing, torquey power delivery and a relaxed ride quality, the Flaminia is a true grand tourer, and it is in this role that the car excels even today. 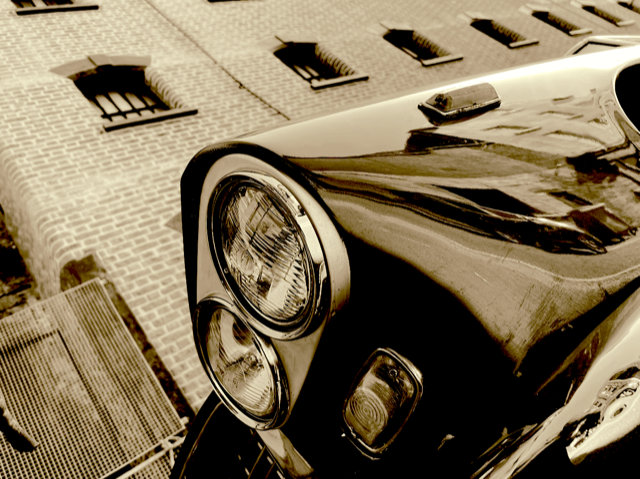 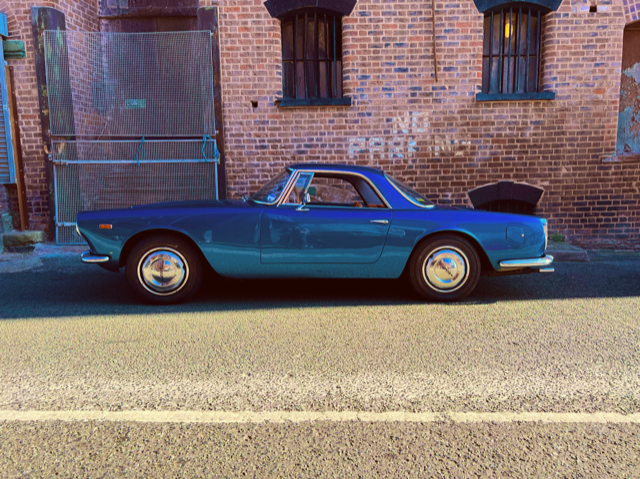 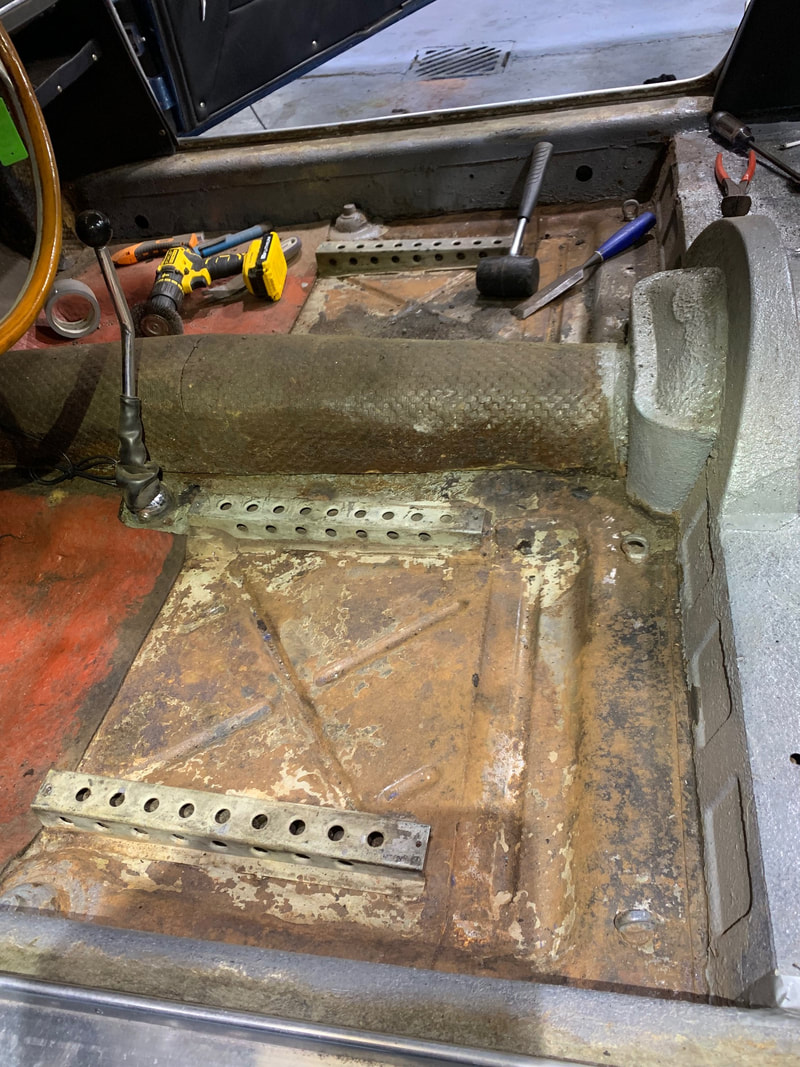 Having lifted the original carpets I was delighted to see that there was no rot or indeed any repairs. 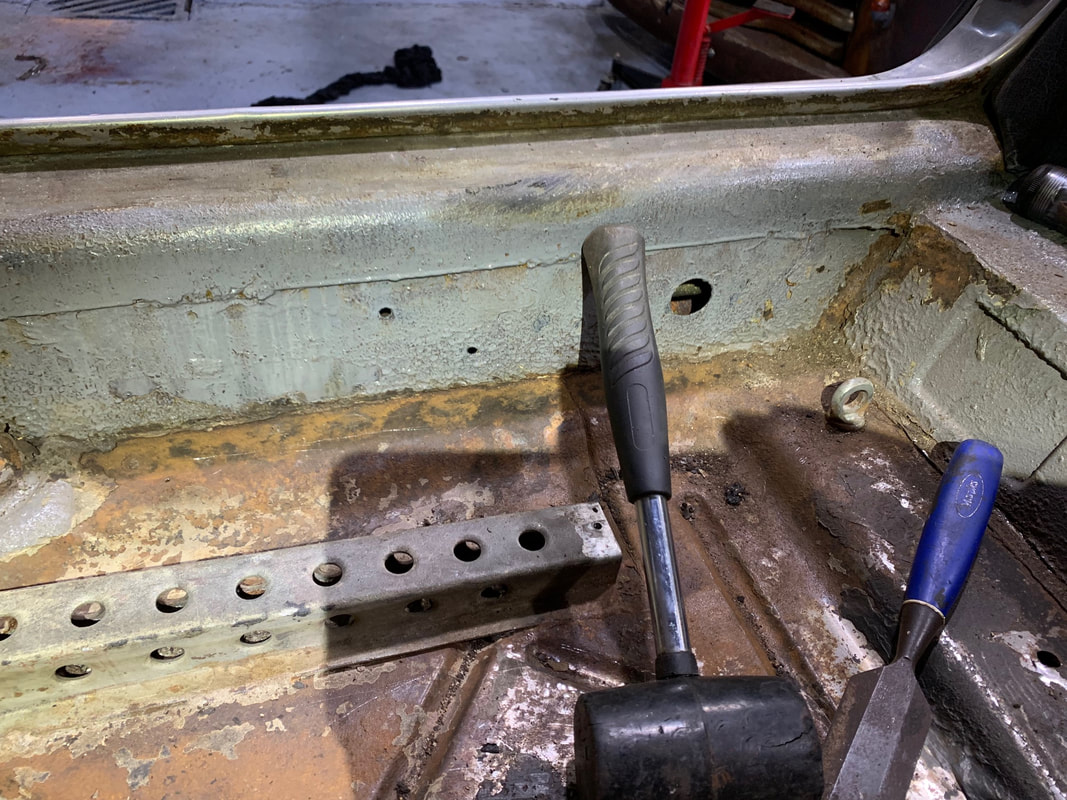 As you can see above there is some surface rust, but after cleaning all this up, I applied two coats of POR15.

Whilst the carpets were out I injected the cills and rear kick plates with rustproof. 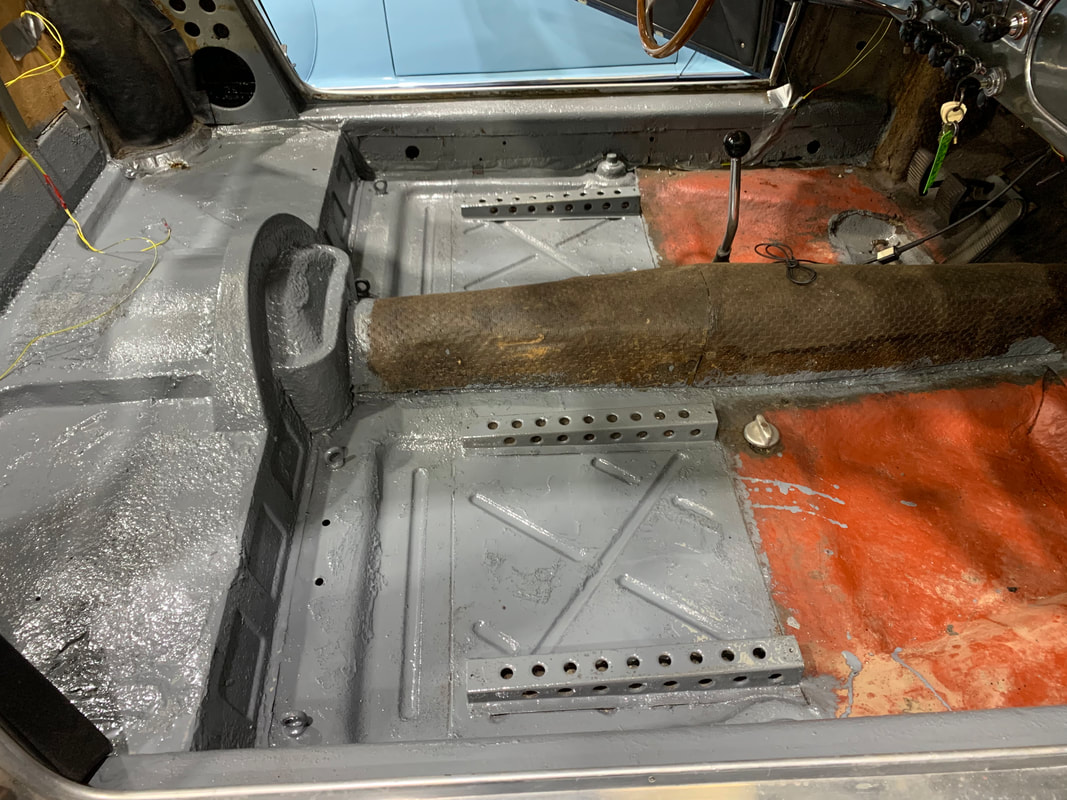 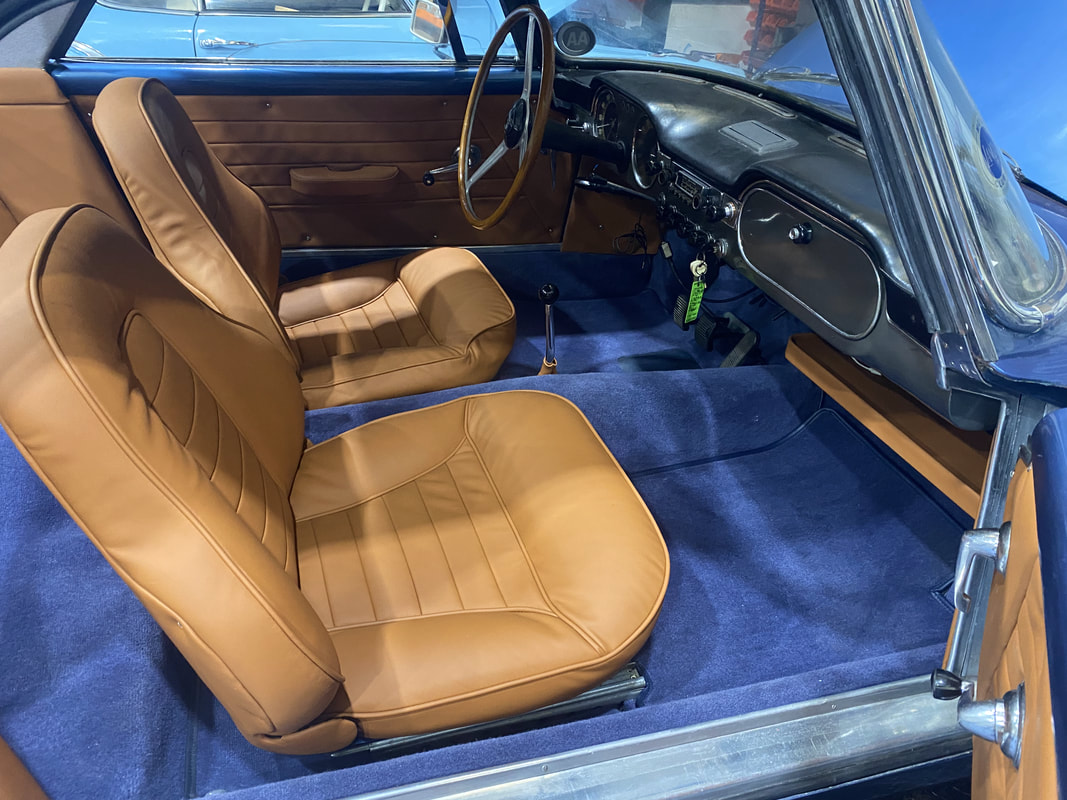 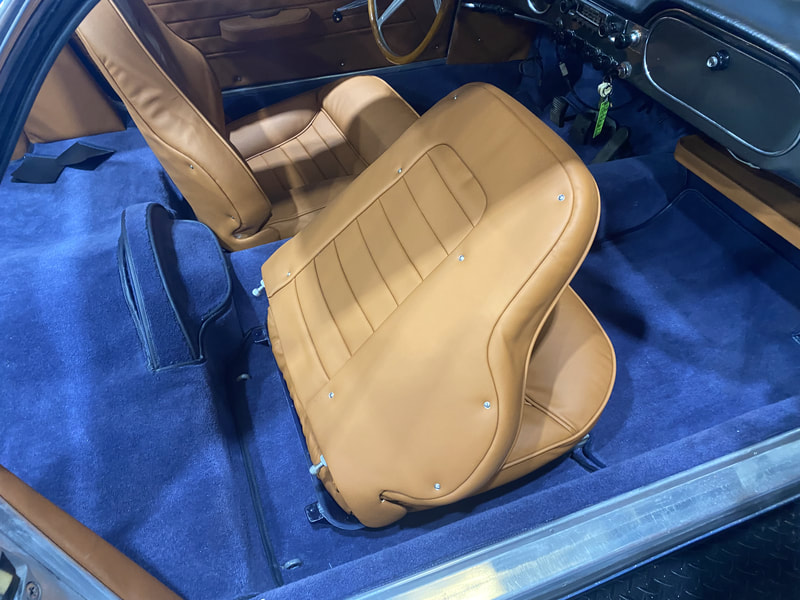 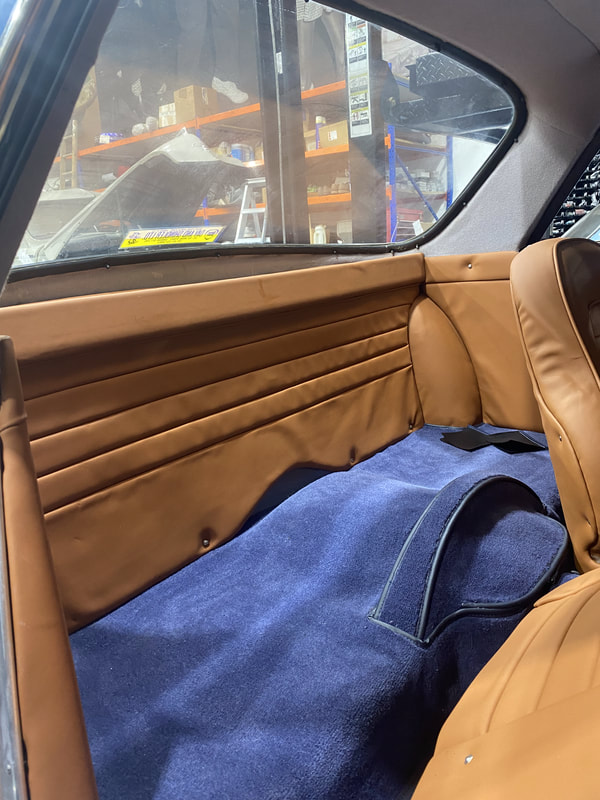 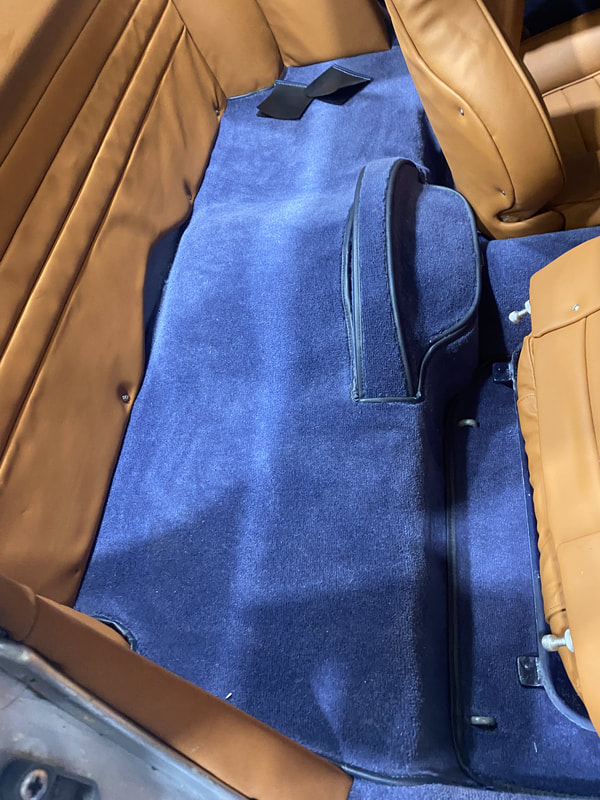 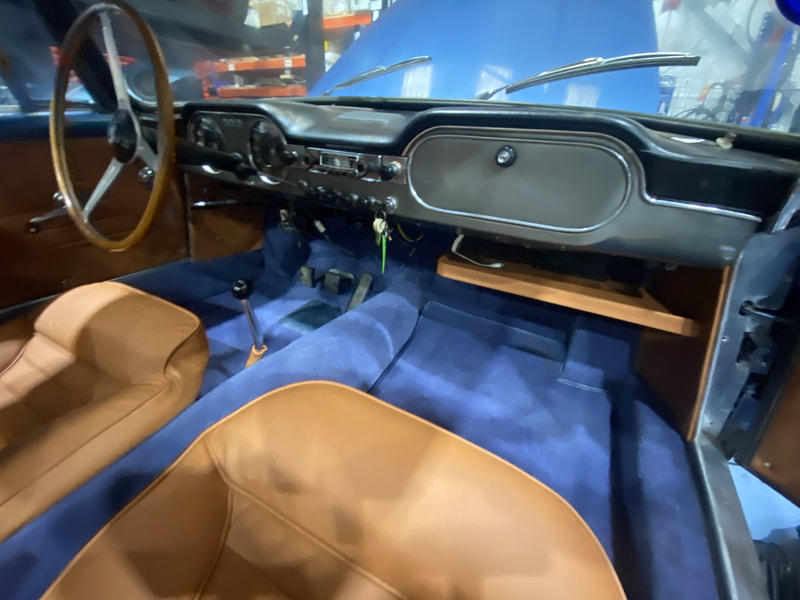 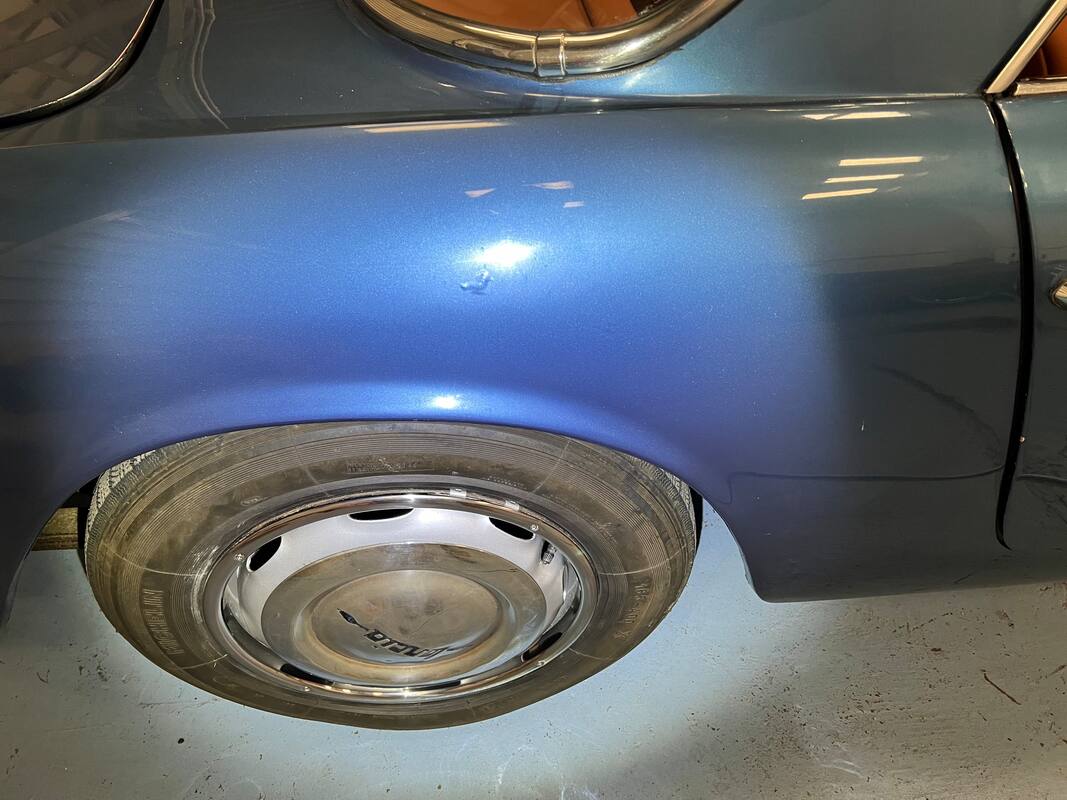 In terms of the body, it's very good with no marks. There are two blisters the size of a penny about 10cm above the rear arches on both sides. This is very common. The aluminium body reacts to the steel chassis where the frame touches the body. When they left the factory there was a piece of felt between the two metals to stop the chemical reaction, but over the years this perishes.

The blister is more noticeable on the offside (above).

During my ownership, the size of this blister has not got any worse. 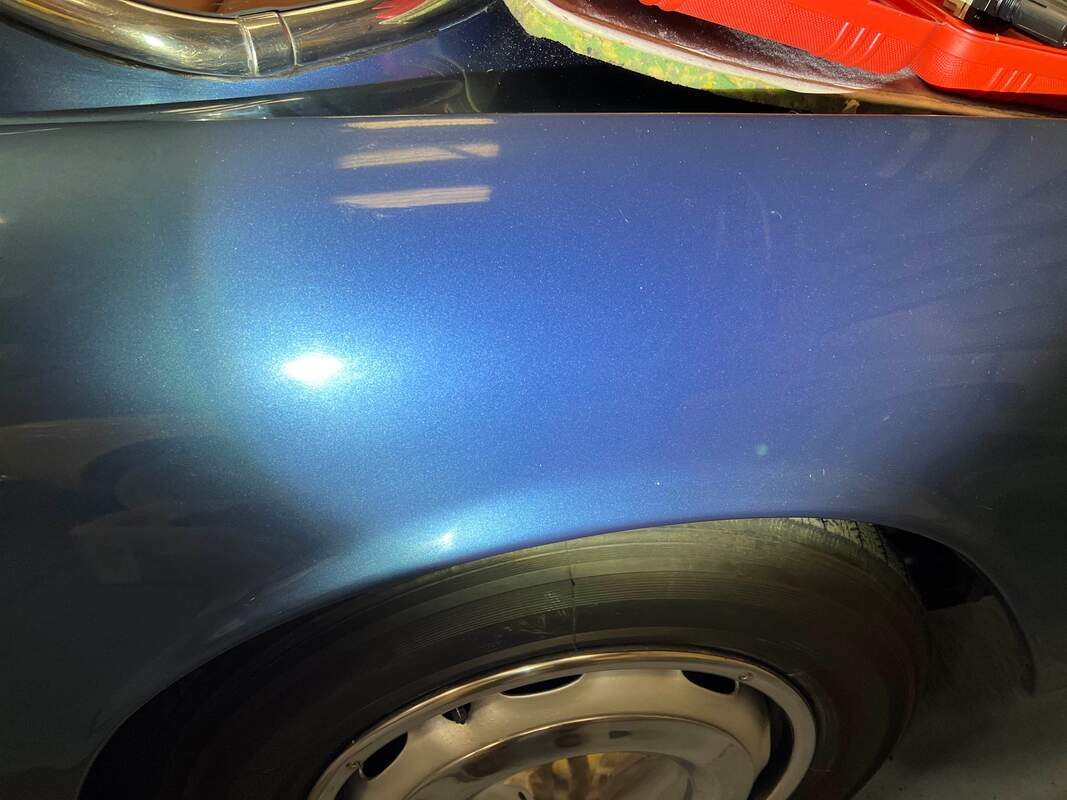