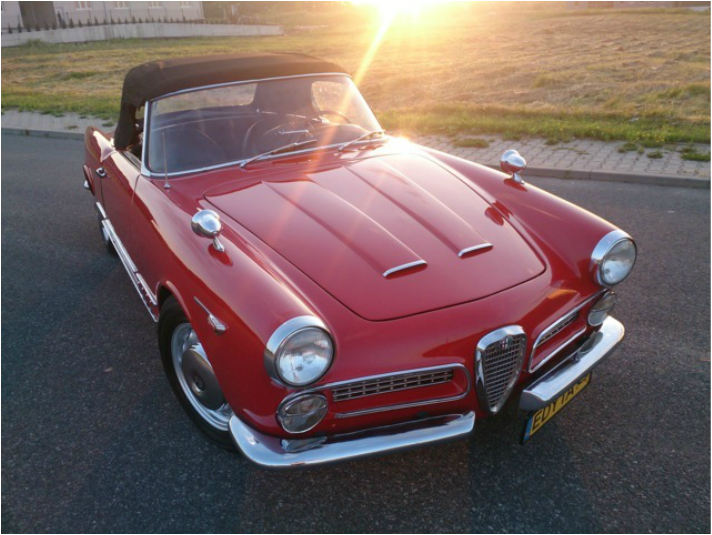 In the years following World War II Alfa Romeo underwent a tremendous transformation. Prior to the war and until about 1950 Alfa Romeo specialized in bespoke or low-production hand-made sports cars for a very exclusive clientele. But in the years after the war they wisely realized that to survive they had to build in volume. So in 1950 an all-new design appeared in the form of the 1900 – Alfa Romeo’s very first mass produced automobile built on an assembly line. Alfa Romeo production increased nearly tenfold thanks to the success of the 1900 Berlina. Of course Alfa remained close with the best of the Italian Carrozzeria and many very special bodied coupes and cabriolets were produced using the 1900’s underpinnings some one-off and others in very limited numbers.In 1958 the 1900’s replacement appeared with a larger more powerful 2-liter class engine. Known as the 2000 it carried on where the 1900 left off as a mass produced mid-priced sedan. It was also being built alongside its more popular and smaller sibling the Giulietta. Of course coupe and open spyder variants appeared soon after the sedan debuted. The coupe styling was handled by Bertone and the elegant spyder was penned by Carrozzeria Touring of Milan. The 2-liter engine fitted to the 2000 may look familiar to Alfisti but it was altogether different from its junior siblings. The larger engine featured a robust iron block twin chain-driven camshafts hemispherical combustion chambers and a pair of Solex carburetors. The engine was backed by a slick 5-speed manual transmission (a revelation in the late 1950’s!) and gave a smooth revvy 131 horsepower. The engine and gearbox were perfectly mated and were enough to endow the 2000 Spyder with ample performance and a 100 mph-plus top speed. Suspension was independent up front with a well-located live axle in the rear delivering stable and predictable handling. Braking was handled by Alfa’s powerful and beautifully made finned alloy drums.The 2000 was only built between 1958 and 1962 and is often considered to be a more relaxed sophisticated and altogether more rare alternative to the more common Giulietta. It also offers better balanced handling and more elegant lines than the larger six-cylinder 2600.

History
The 2000 was presented in 1957 at the Turin Motor Show,with 4-door, 6-seater saloon Berlina body. Production started in 1958, and the car was available as Berlina or Spider convertible. In 1960, the Sprint coupé was added. The 2000 Berlina had gearbox operated via column-mounted shifter making space for three people in front. The two grand touring versions had the gear lever located in floor, and a higher output engine. Until 1961, when 2+2-seater became available, the Spider was a pure two-seater. The last 2000s were built in 1962, when the improved six-cylinder Alfa Romeo 2600 was phased in.

This Alfa Romeo 2000 S/N AR.10204.02293 features the highly desirable spyder body by Touring of Milan. It was originally built in September of 1962 and was delivered to the famed ?????????? Hoffman Motor Car Company of New York on August 22 1961. It appears today much as it did originally – in Alfa Red with a black interior and black canvas top with an added white cowl stripe. Well cared-for by enthusiastic owners it reveals itself today as a pleasingly honest car with a great patina that encourages spirited use. Black upholstery dominates the comfortable cabin which has been nicely broken in. The engine bay is tidy and nicely presented with plenty of evidence of proper maintenance. The chassis and brakes are strong and performance is excellent and the car drives better than most high dollar restorations.You rarely find cars like this one anymore it’s simply an honest old car that drives wonderfully and works as it was designed.  While it is not restored it is a fabulous car to use as is and just enjoy it or restore it as you go.


A stylish coach-built body by one of the greatest Carrozzeria of all time only adds desirability in spades. This rare and delightful Alfa Romeo is ready for regular use and would be most welcome on any tour or classic rally in North America or Europe.

Although there was an Alfa Romeo dealership in the UK in the early Sixties, 'Thomson Taylor' the 2000 Spider was never made in RHD. This coupled with the fact that the Spider was a very expensive prestigious sports car they were extremely rare in the UK. This car was originally sold in Switzerland, and after a couple of years made it's way to the UK. As you can see from the original registration document below it was first registered in 1962. 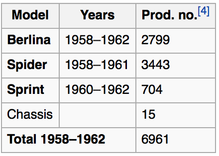