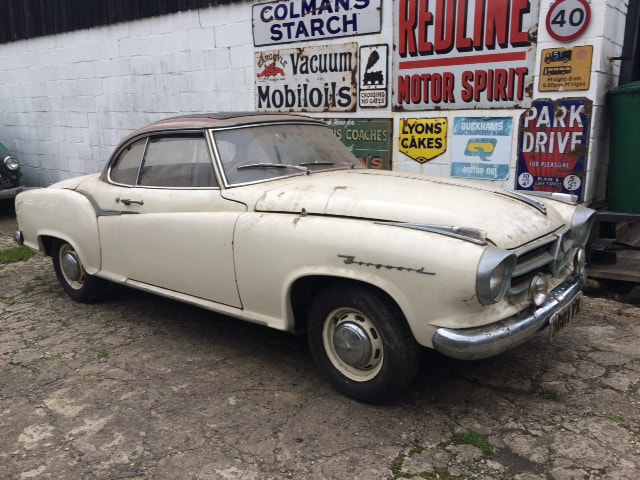 Summary:
Confirmed low mileage. Absolutely original with no welding required underneath. Engine turns freely, but haven't tried to start. The car is complete. It was inspected by the chairman of the club who said "It's the best original Coupe he has ever seen".

These car have bullet-proof mechanicals.

The spares back-up is excellent with many Borgward specialists.

The interior is completely original including the carpets, which really need changing, otherwise the interior needs nothing.

Personally, I would get up and running and drive as is.

The Borgward Isabella is a medium-sized car that was manufactured by Carl F. W. Borgward GmbH in Bremen, Germany from 1954-1962.

The car was rather light so it was able to get about 34 miles per gallon.

The Borgward Isabella had a four-speed column-mounted transmission.  The interior was rather spartan in comparison to the stylish exterior.

The body of the Borgward Isabella has a certain 1950s American look to it.  The body was a unit construction body with separate front and rear sub frames. The front suspension featured unequal wishbones, coil springs, telescopic shock absorbers, and an anti roll bar.  At the rear the car had a fully independent swing axle, with featuring coil springs, and telescopic shock absorbers.  Drum brakes were provided on both the front and back wheels.

Borgward declared a controversial bankruptcy in 1961.  The Government of the state of Bremen (where Borgwards were built) claimed that Borgward was insolvent, and then effectively compulsorily acquired the company.  Evidently some schemes which might have saved the firm were ignored, putting the cars out of production and selling up the assets.  All creditors were paid in full, which suggests that the company might not have been insolvent.


Borgward’s Masterpiece – the Isabella Coupé
Frau Borgward insisted on a normal home-life, and cars and business were not allowed to be discussed on weekends. On Sunday afternoons, however, she tolerated her husband Carl’s being in his shed, making or fixing things, just like millions of other contented men throughout the world. One thing that he often did was let his creativity run free, and design new cars. He styled nearly all the cars of the Borgward Group, in modelling clay, in his shed. (The exceptions were cars like the Lloyd Frua Coupé or the stillborn Hansa prototype, also by Frua.) The brilliance of his designs, particularly when compared with other (professionally designed!) cars of the nineteen-fifties, confirms that he was a genius.

All his designs were superb, but one stands out as the pinnacle of his creative mastery. That is the Borgward Isabella Coupé. Automotive historian Peter Kurze calls this car the most beautiful automobile of the nineteen-fifties, and he can feel reasonably safe that no-one will contradict him. On releasing a new scale-model of the Coupé, Wiking, the most celebrated manufacturer of HO-scale models, called it “the automotive dream of the rich and the beautiful”.

It is the sort of car that dreams are made off. Several members of the Borgward car clubs own an Isabella Coupé because they saw one just once, and just had to have one. Few cars in the world have such appeal. The Isabella Coupé is, however, not a normal car. Unlike many beautiful cars, its beauty is more than skin-deep. The Isabella sedan on which it is based was the outstanding car of its time for performance, comfort and economy, and the Coupé is every bit as good. Slightly heavier than the sedan, it is more aerodynamic, so its performance is virtually identical to that of the sedan.

The instrument cluster of the Coupé is borrowed from the Borgward Hansa 2400, as were the taillights. This may have been because the 2400 did not sell well, and there were plenty of parts left over, but it is more likely that these were the personal preference of Herr und Frau Borgward. Later, the taillights would be fitted to all Isabella models. The exquisite instrument cluster is one of the very attractive features of the Coupé, although an American magazine claimed that it looked like US design of the late twenties or early thirties.

Although all the Coupé‘s body panels are different from those of the sedan, the grille, bumpers, hubcaps, lights and badging are identical. Most manufacturers sell slightly altered sedans as coupé, and change all the trim parts (which are cheap to tool for) to give the illusion of an all-different car. Borgward didn’t have to stoop to tricks like that. The Isabella sedan was so highly regarded that having the same grille and trim could only be of advantage for the Coupé, and its body was totally different anyway.

Borgward once said that making Coupés was easy money – “cut down roof shorter, make it beautiful, and we can earn twice as much!” Since the Coupé was virtually hand-built in a special assembly plant, we can assume that this comment was tongue-in-cheek. As was normal in coach-building in the nineteen-fifties, quite a lot of lead was used in filling joins in the bodywork, making body repairs today – particularly where there is rust – more difficult.

According to the rumours in the Borgward factory, Frau Elisabeth Borgward liked the Volkswagen Karmann-Ghia, and inspired her husband to build a car of similar type. Hers was a prototype, the second one built (Serial Number 346 002), and she received it as a present on Christmas Eve 1956. It is known that she inspected and approved the style of a completed prototype before this. The first prototype was dismantled and the parts used to check against production parts – a normal practice in the industry. One can see some distant similarity to the Karmann-Ghia in the Coupé, and also to the Mercedes Benz 190 SL, but the Borgward has a style all its own, and achieves its striking appearance through purity and harmony of line. All three cars are outstanding examples of European sports car design of their time, and are worthy of the high status they have as the outstanding collectible cars.

From the beginning, the style of the Isabella Coupé made it a classic. In America, Walt Woron of Motor Trend was „taken by her fine lines“. (5) In Britain, W.B. in Motor Sportdescribed it as „distinctive and distinguished looking“, adding that the lines were „so Continental as to arouse glances of interest and admiration from bystanders.“ (6) and John Bolger in Autosport called it „exceptionally attractive“ (7) The Australian motoring writer Doug Blain was one of the few who disagreed, writing „You may think it is beautiful, we don’t“ (8) – but the Editor headed the road test „Elegant Borgward Isabella TS Coupé“, and on another page „Beautiful Borgward Isabella TS Coupé“! He was, though, incorrect in calling the Coupé TS – it did use the TS running gear, but the TS name was used only for the sedan.

Today, the Isabella Coupé is spoken of in superlatives. Stefan Heins in the German magazine Markt wrote: „Other firms built middle-class motor cars, Borgward built a legend. The star among the beautiful cars was the Isabella Coupé.“ (9) Only 9537 Isabella Coupés were built, but in our Club – as in many other Borgward Clubs throughout the world – they’re the most popular model. That is a good indication of their lasting appeal. They are, by a considerable margin, the most expensive Borgward model, but still cheaper than an equivalent MB 190SL or Karmann-Ghia, and thus one of the great bargains in the world of collectible cars.

Useful web site
http://www.automobiliar.com/offers_borgward_e.htm
As you can see there is no rot in the boot area. 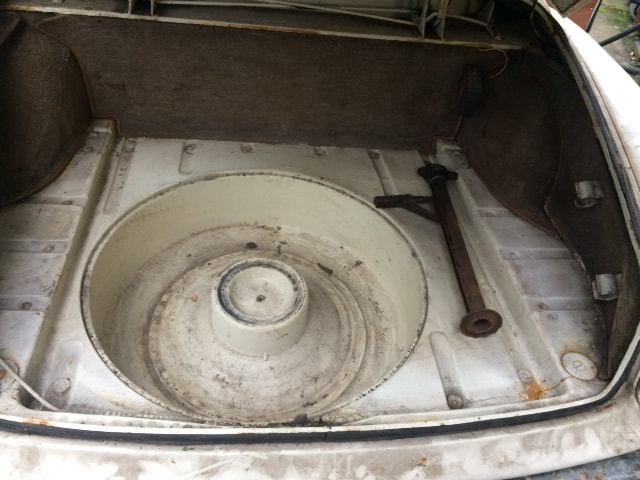 The dash is really clean with all the chrome close to perfect. The radio needs throwing off a cliff. 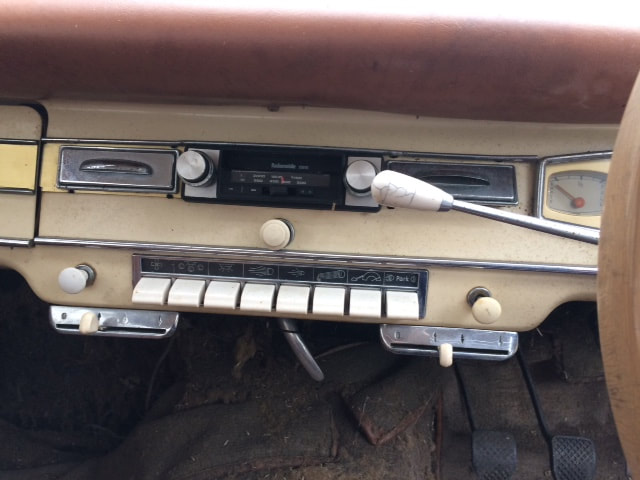 Note the original underseal on the inside lip of the wings. I have never seen another Borgward with this! 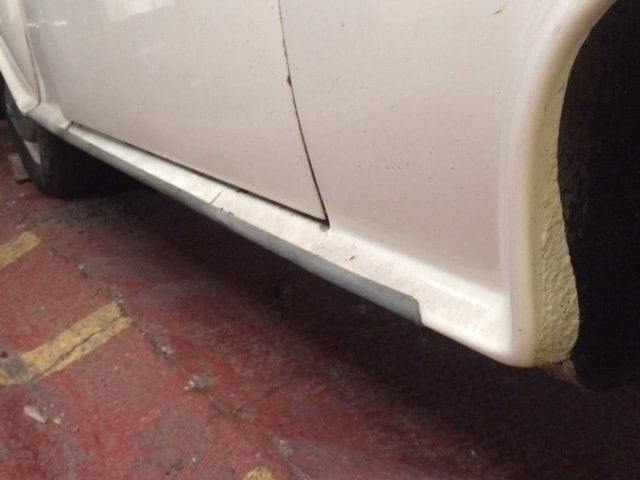 The hub caps can be re-chromed, but they can be bought new. 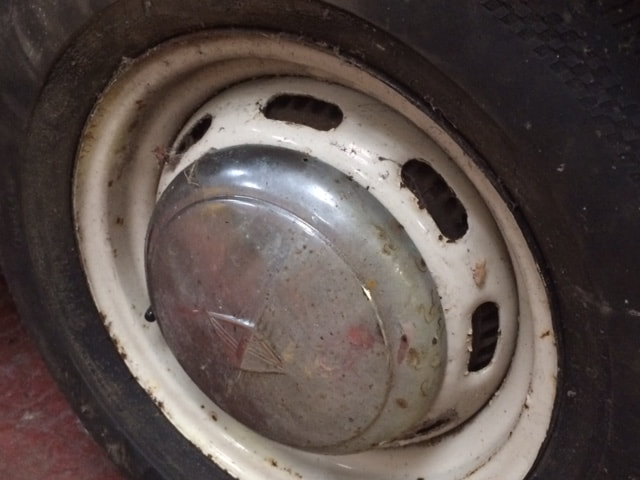 The interior wood trim is all there, but it needs work, or you can buy a complete replacement set. 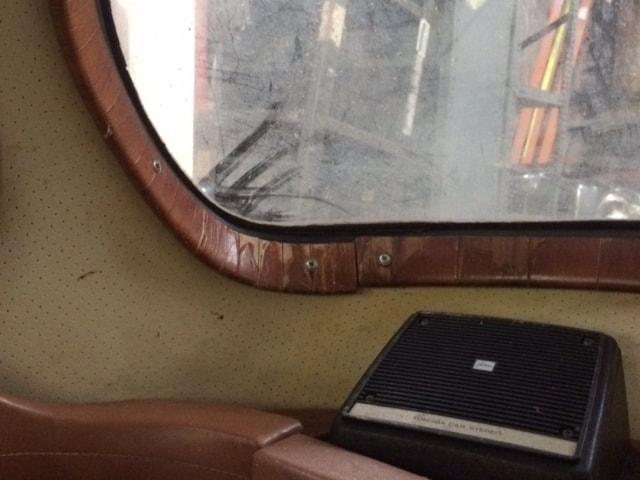 The engine bay is pretty grim, but it's all there. The wiring would need some attention as the insulation has perished. 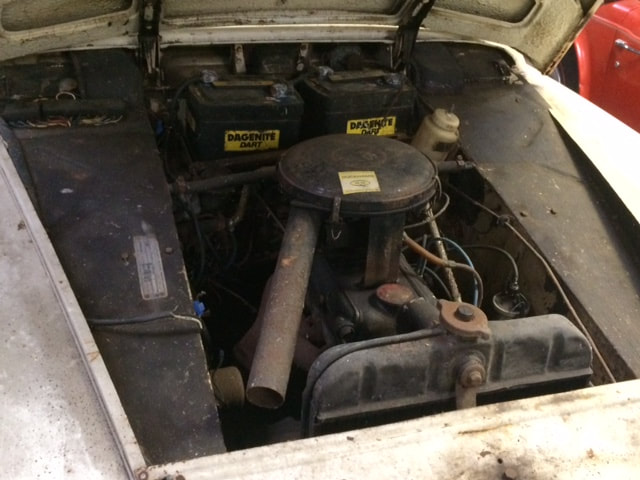 OK, now for the bad bits. There are two areas that require some welding: 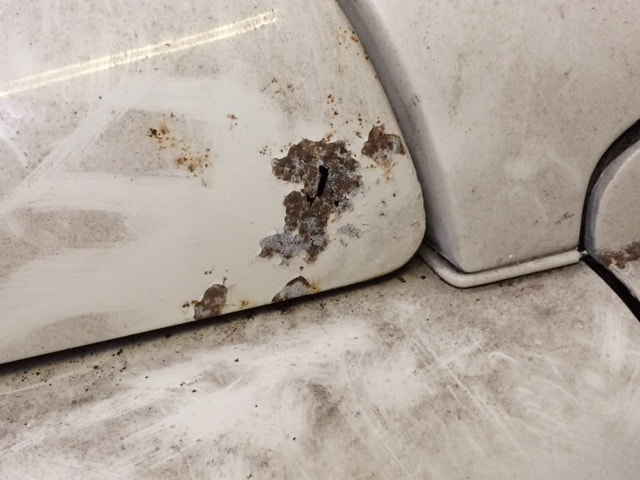 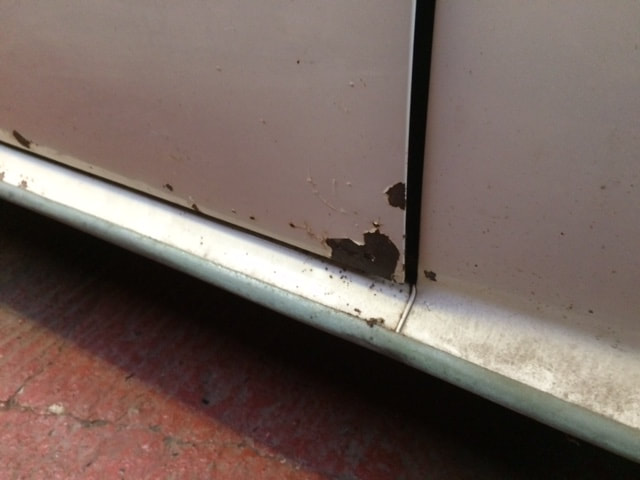 The Borgward lettering across the front of the bonnet is missing. 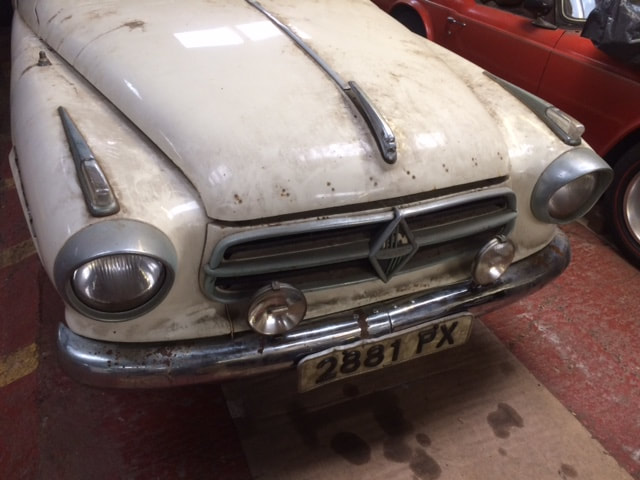 The dashboard is really clean with no tears in the vinyl cover. 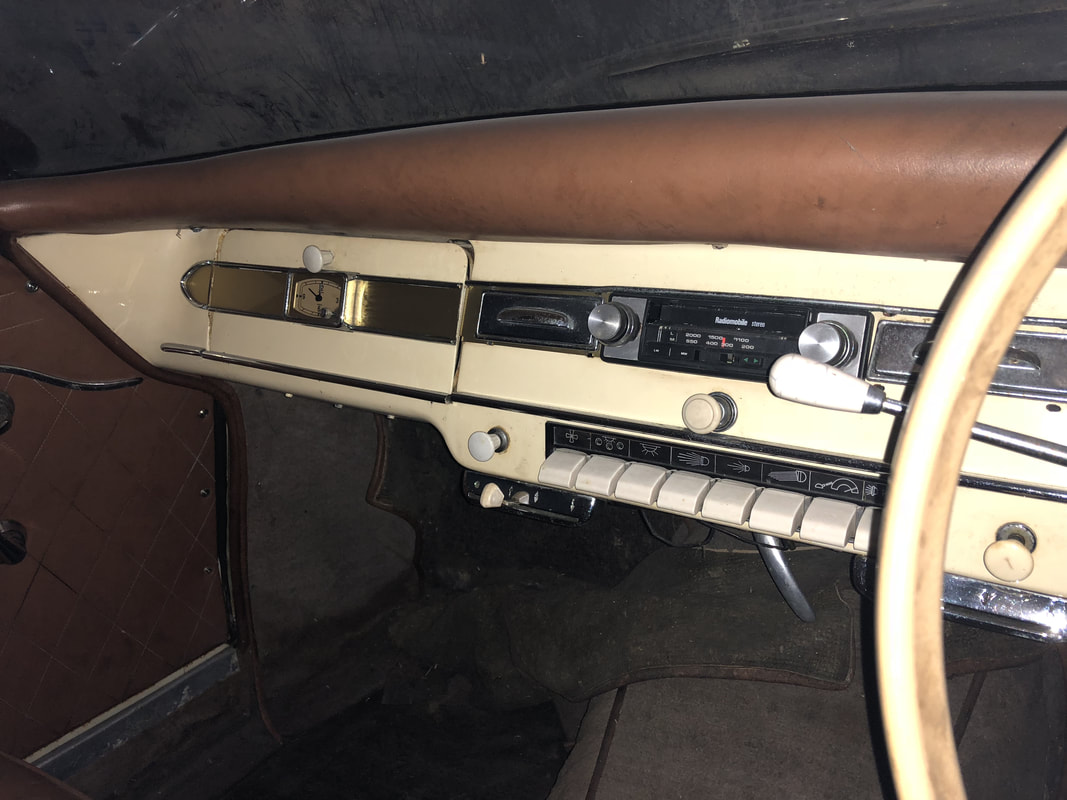 Amazing!!! - Look a perfect wheel well with the original underseal. 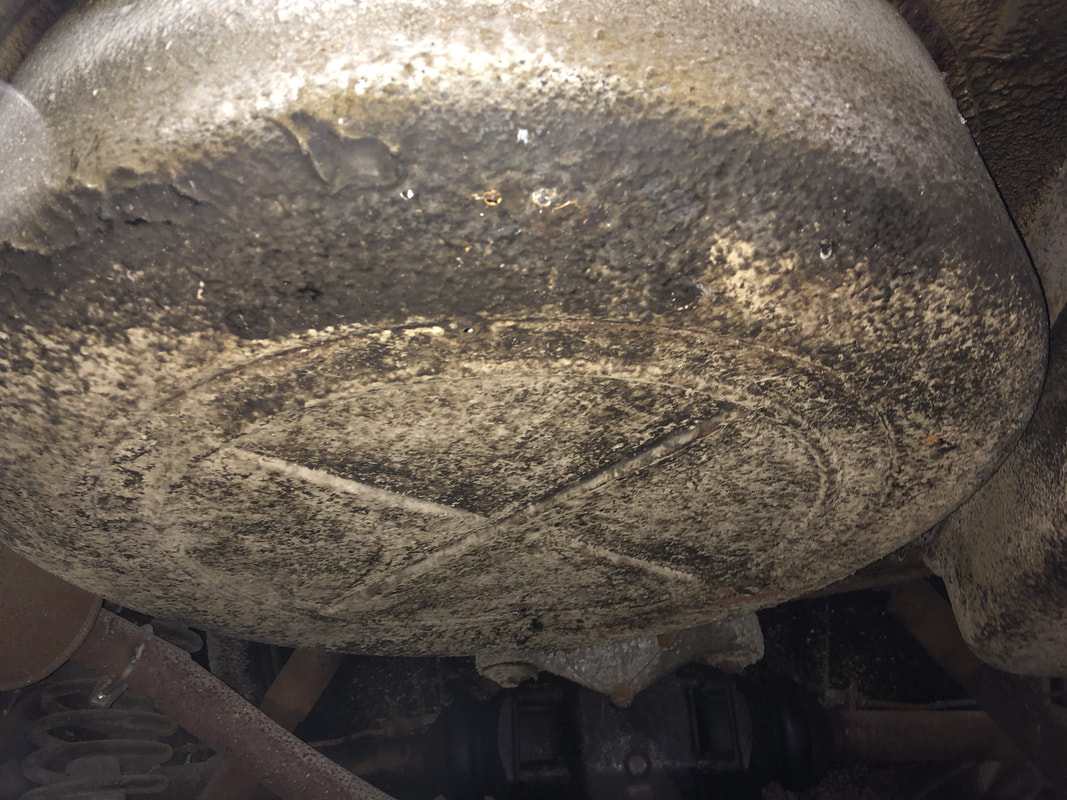 All the Vinyl is good, but the original carpets although not water-damaged, are just too old to salvage in my opinion. 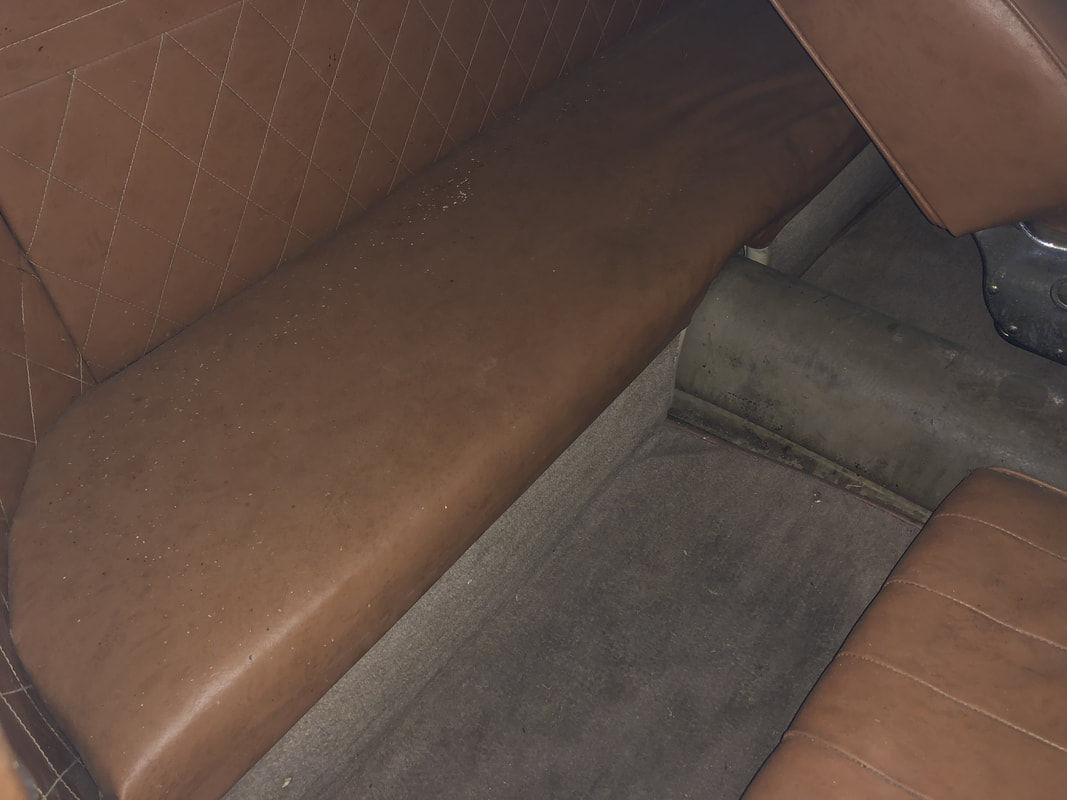 As you can see, the underneath is totally original with factory underseal. 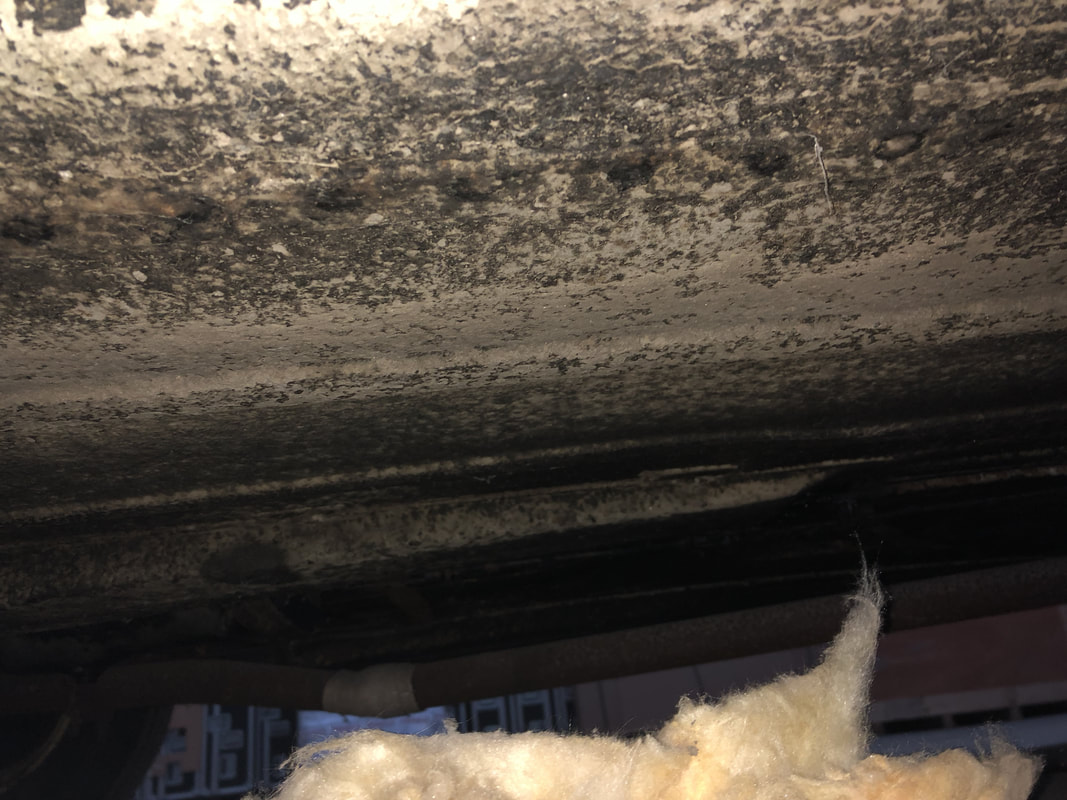 Carpet removed, as you can see the drivers footwell is perfect. 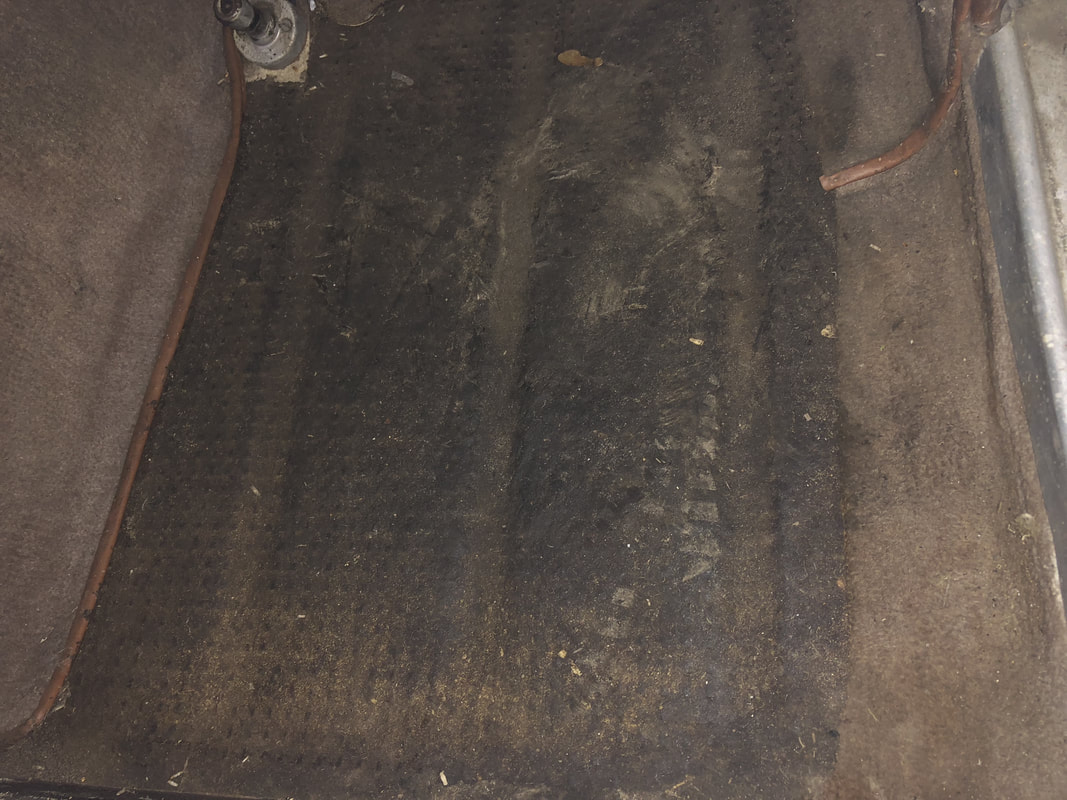 As you can see no rot. 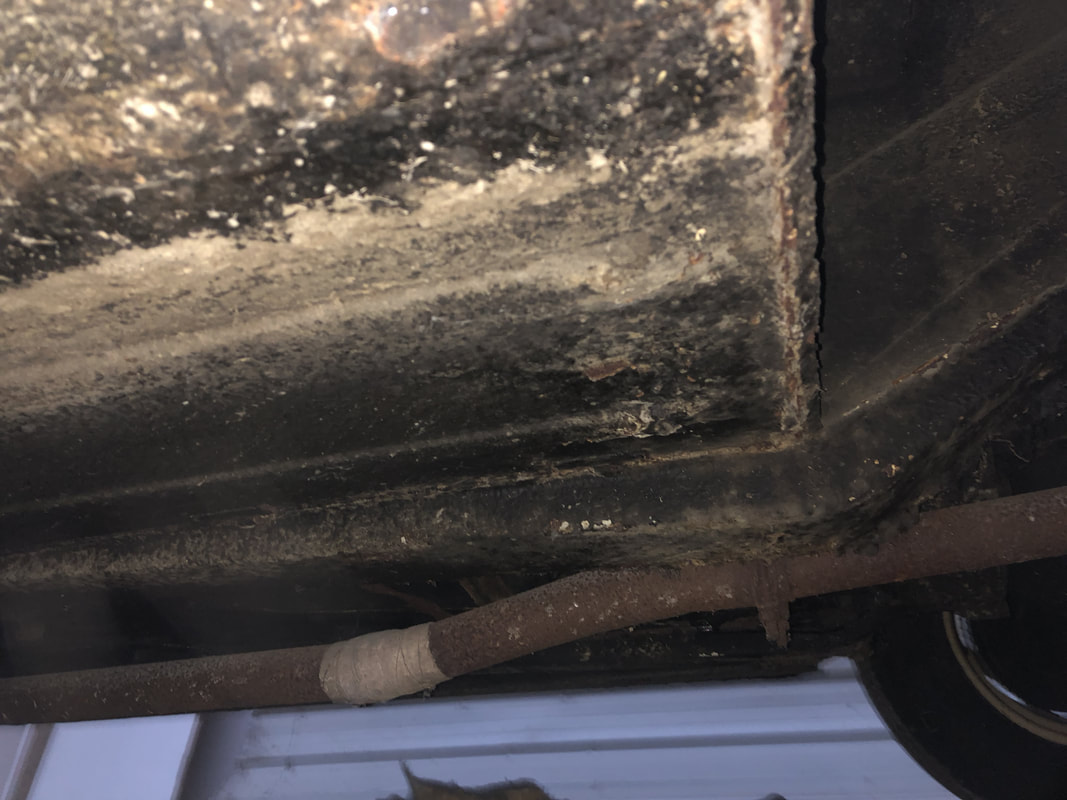 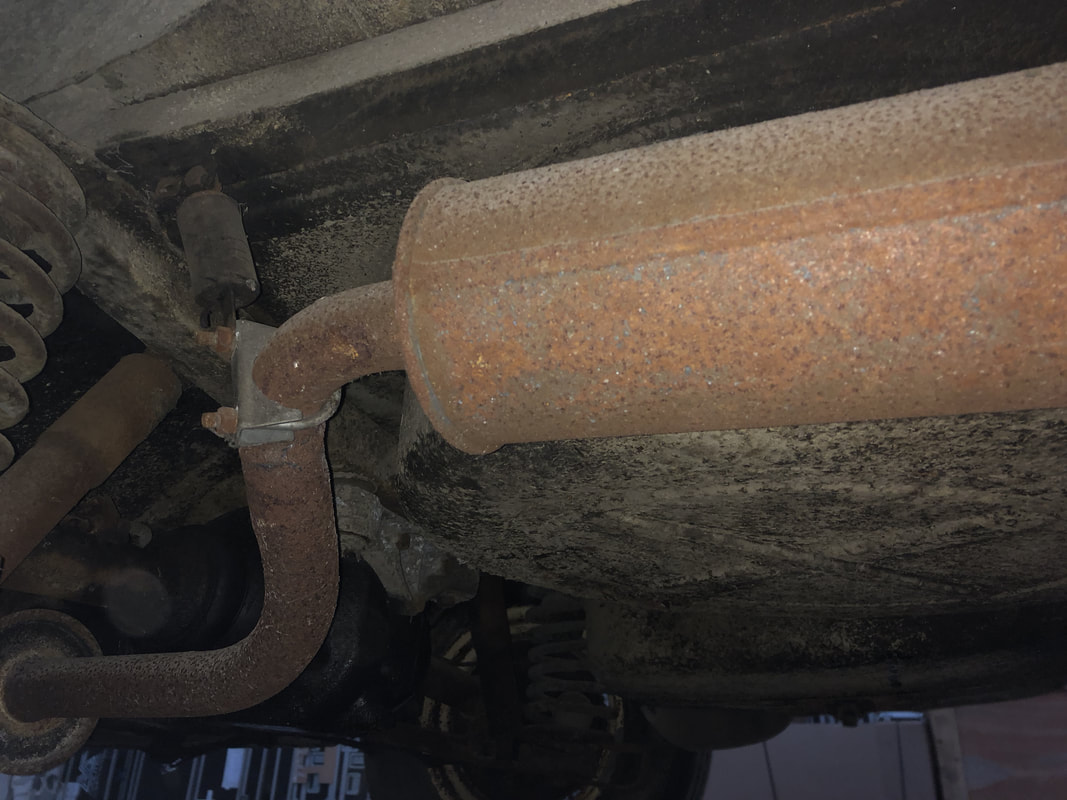 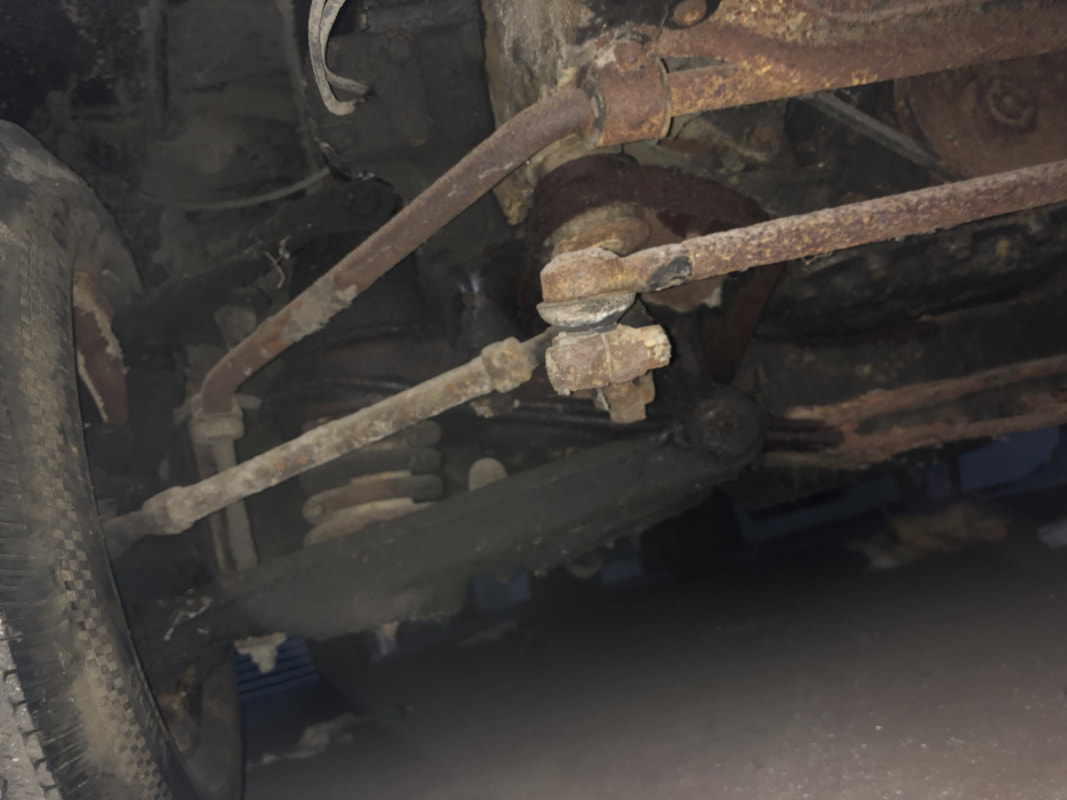 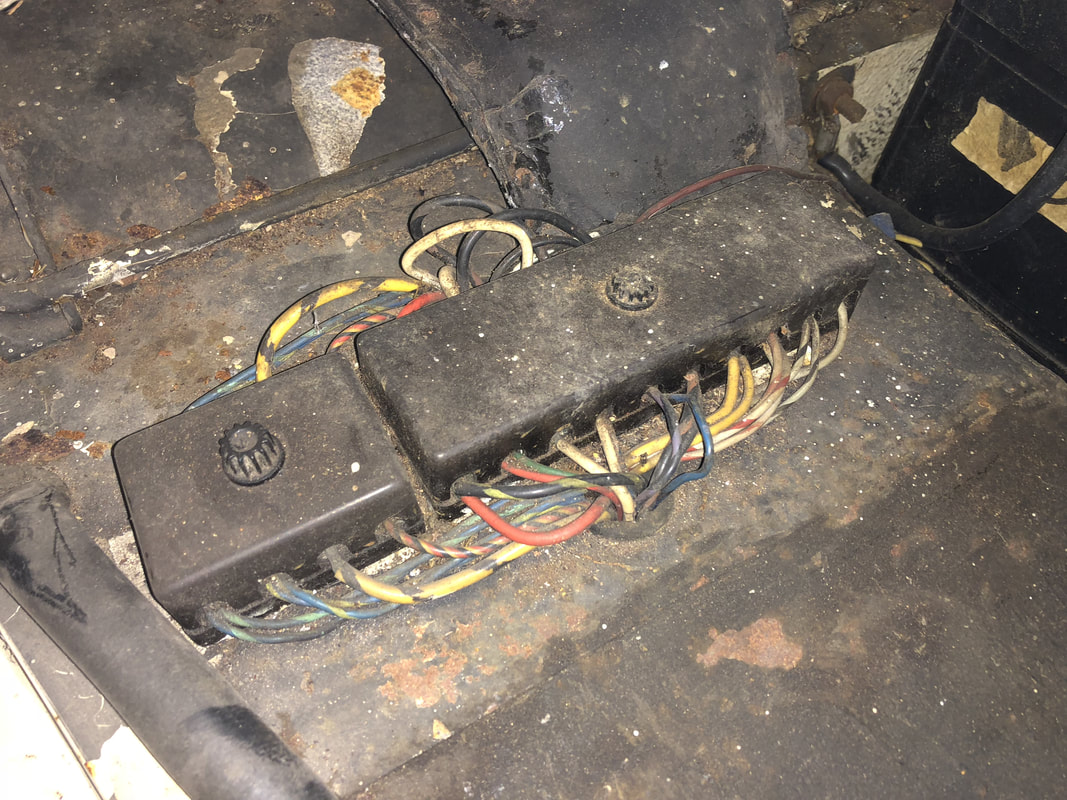 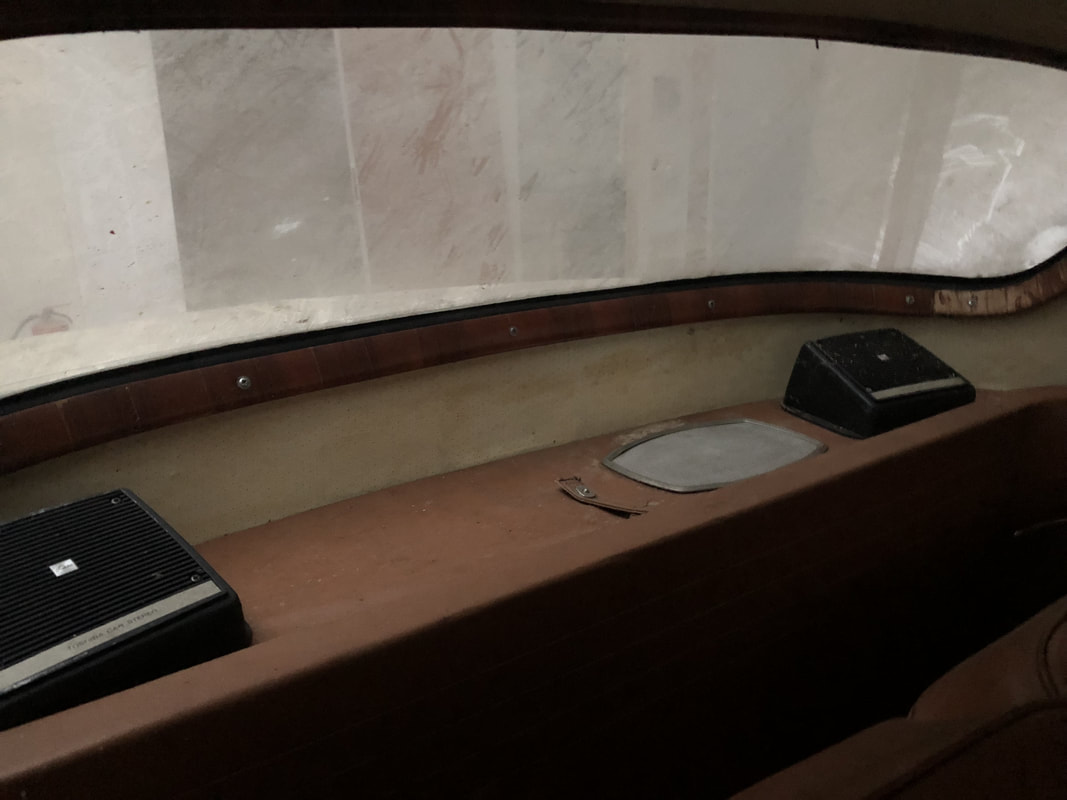 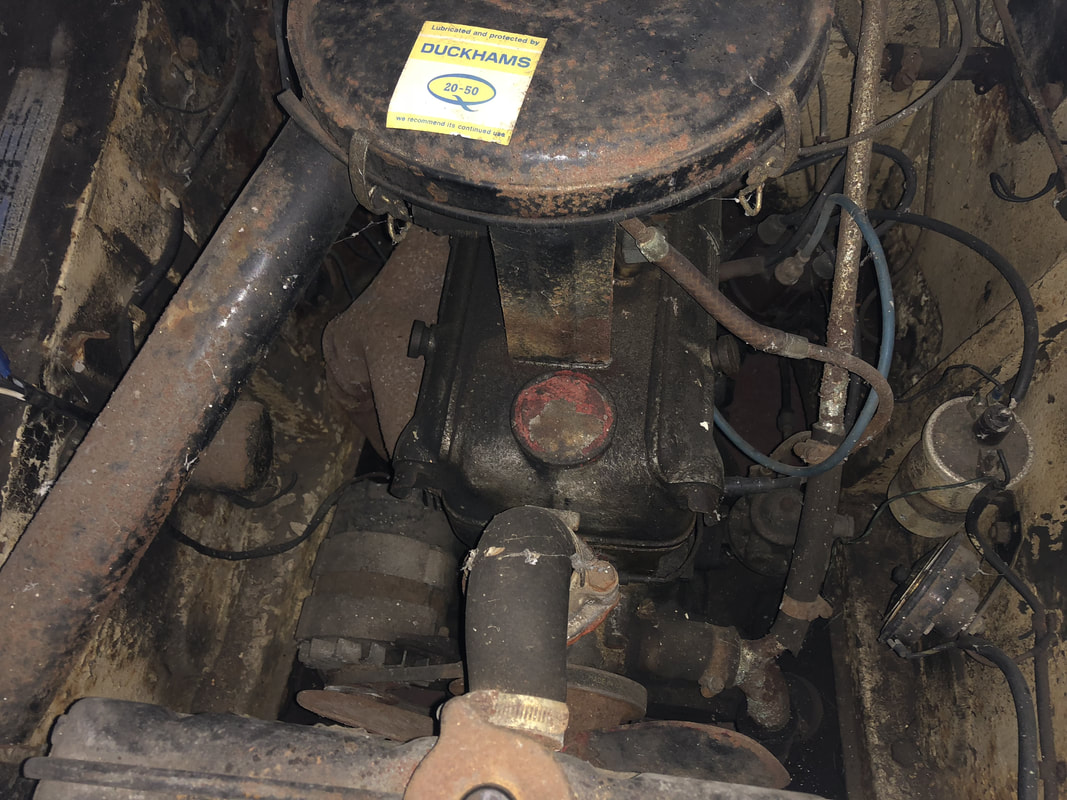 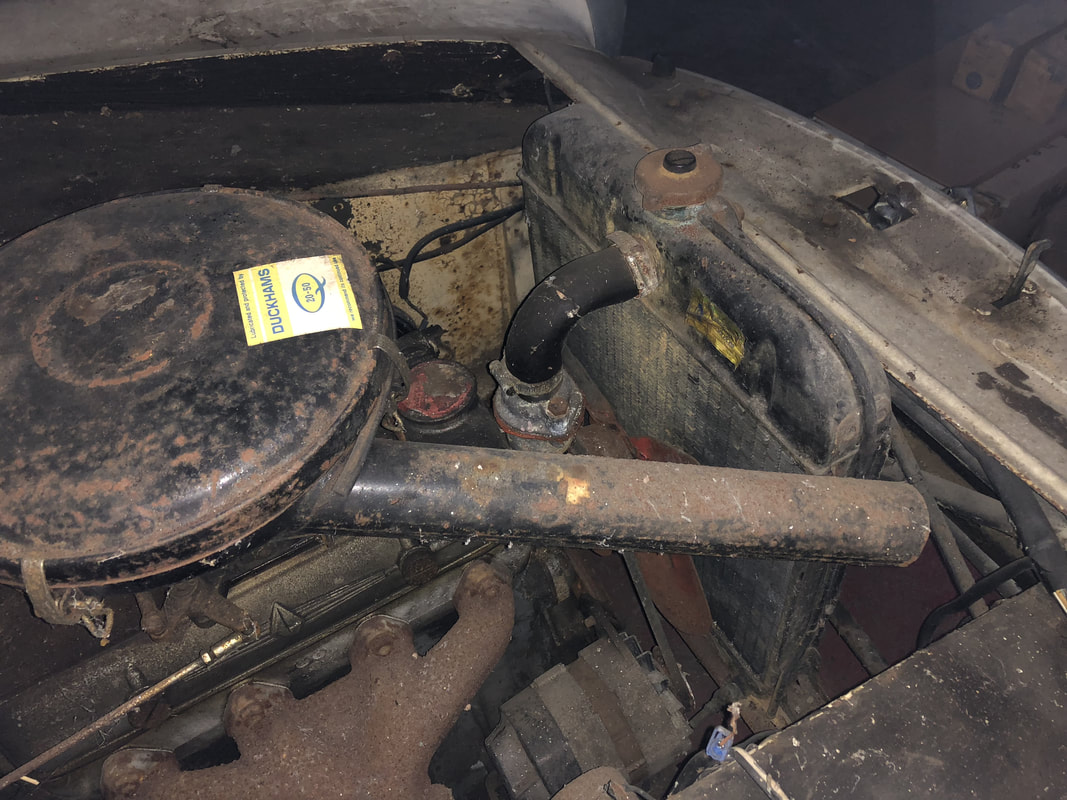 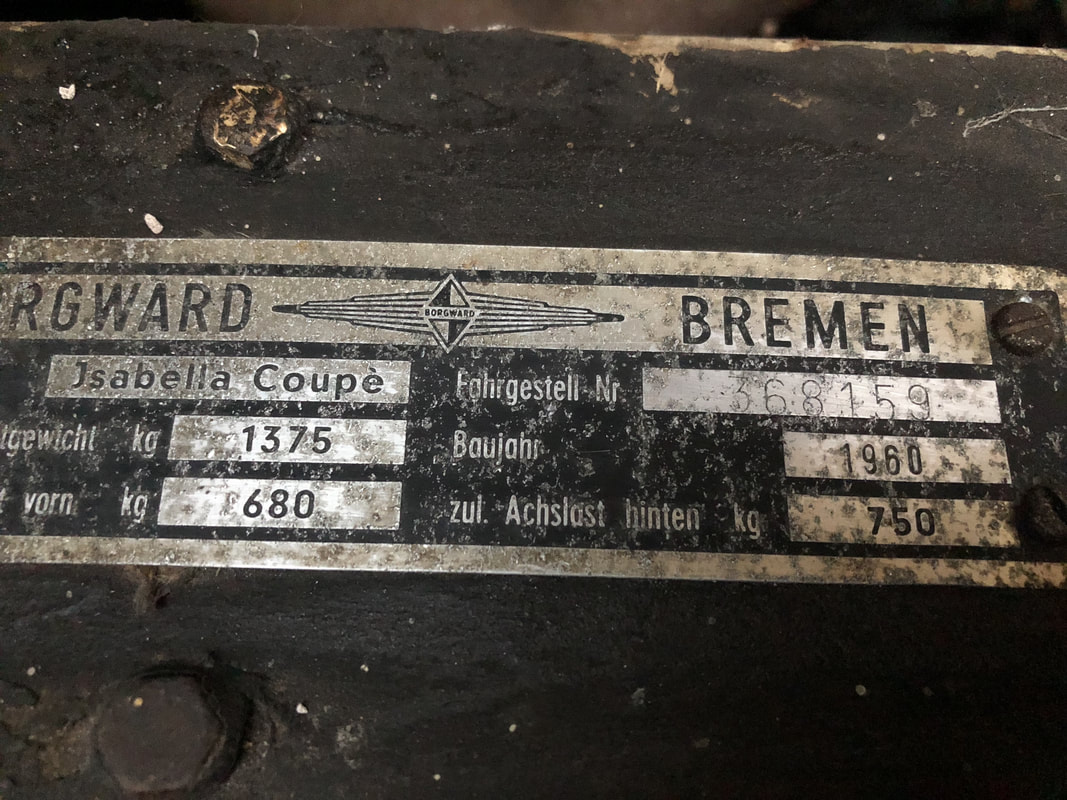 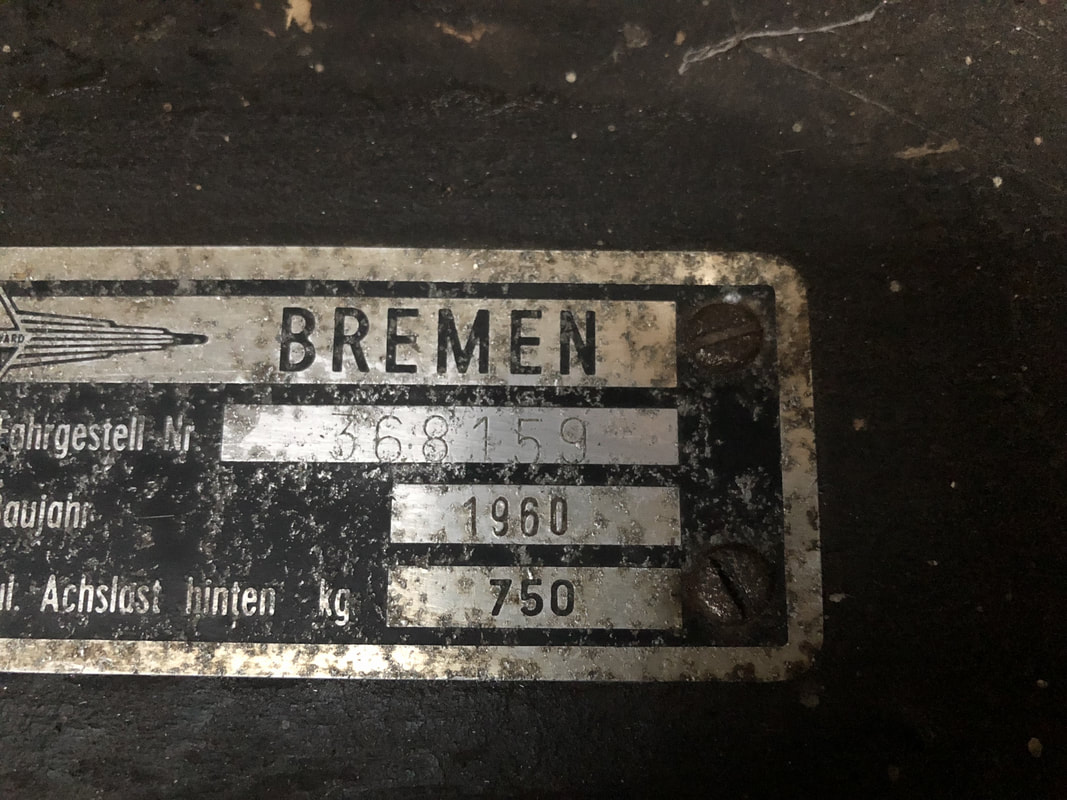 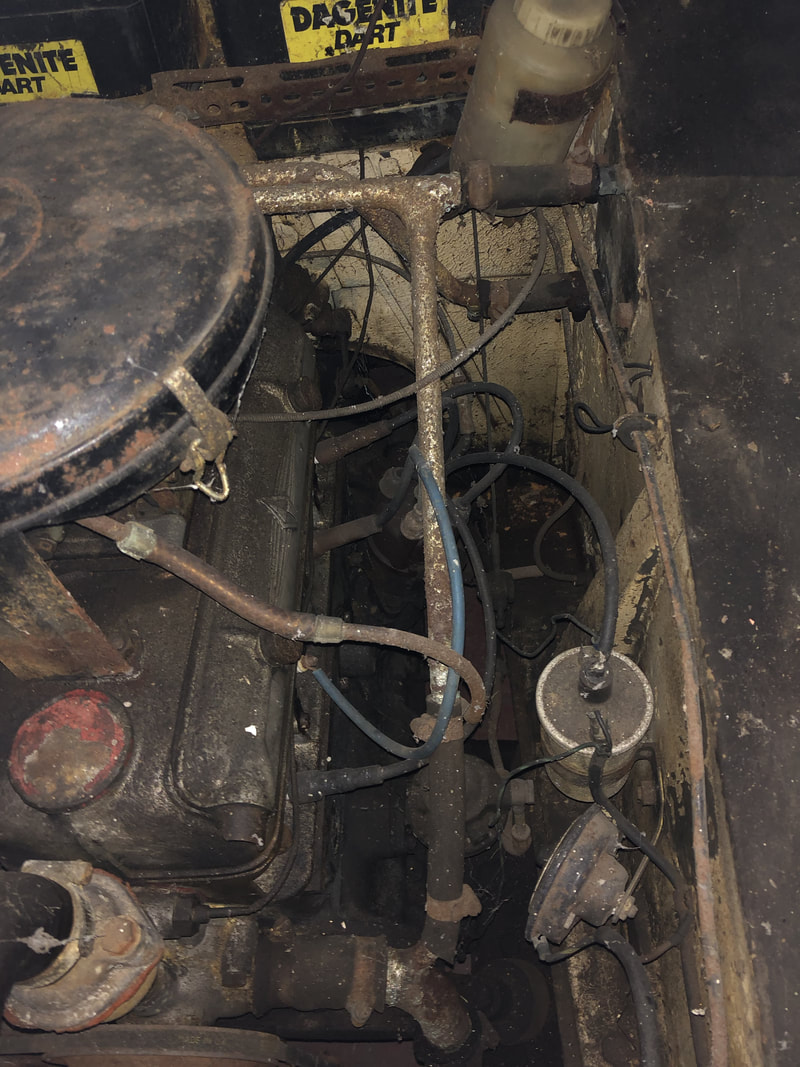 The engine bay is scruffy, but complete. 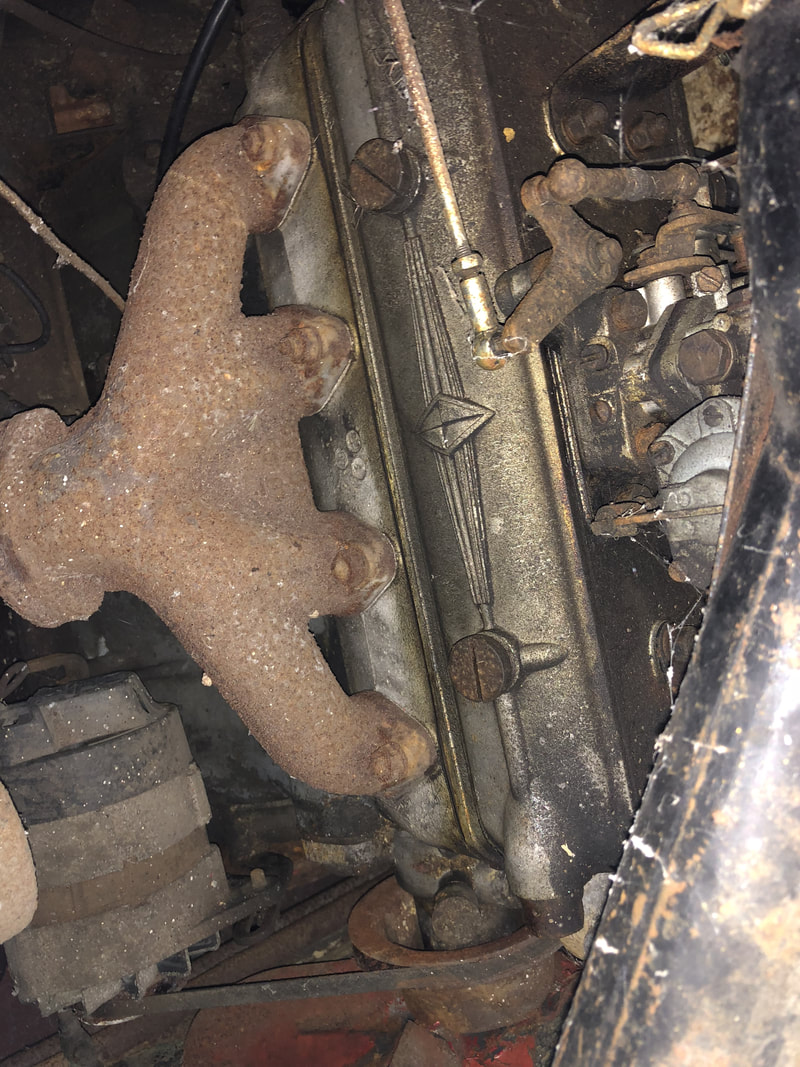 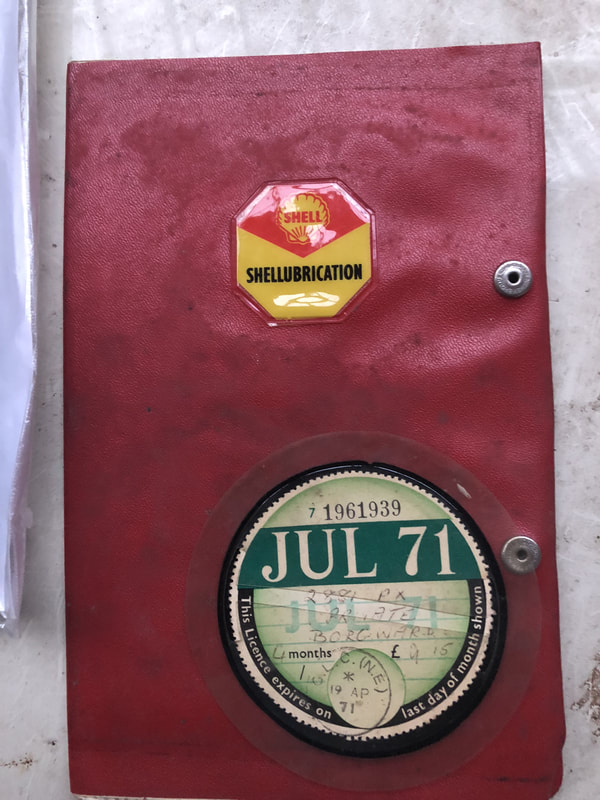 This leather bound wallet will be sold with the car. 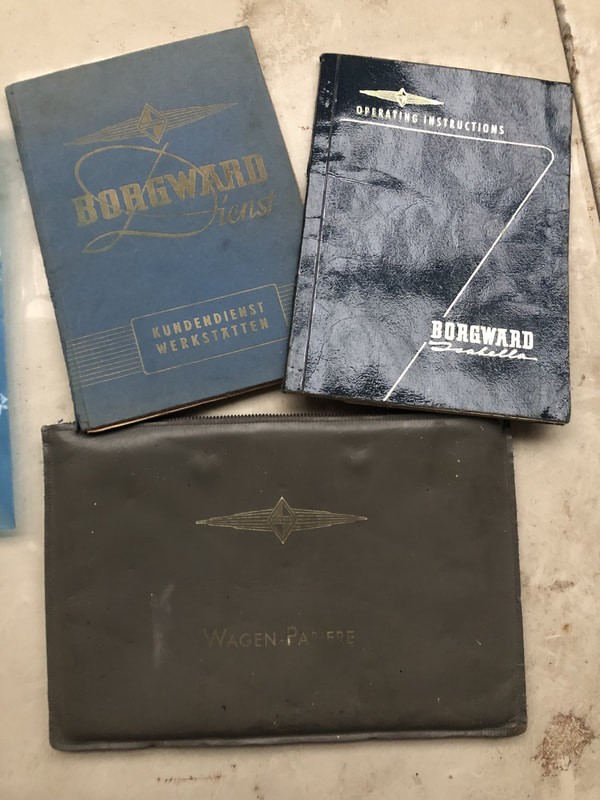 This is a letter from the son of the long-term owner. 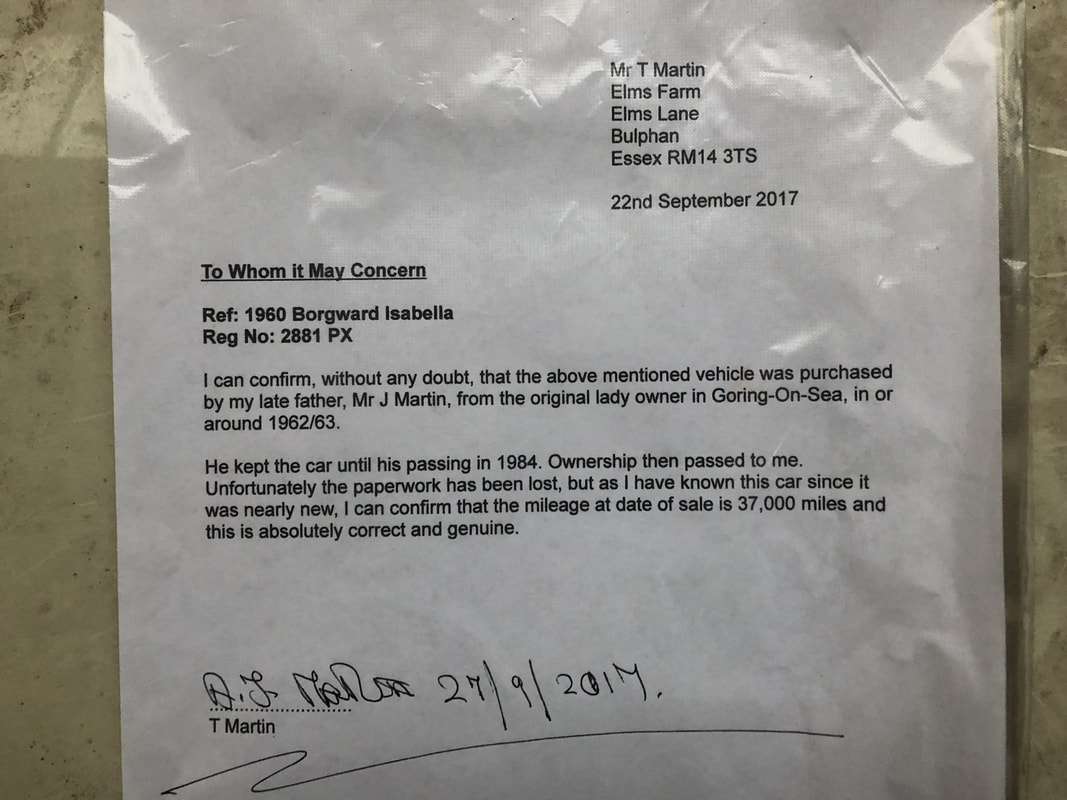 The bonnet front edge has no rot. 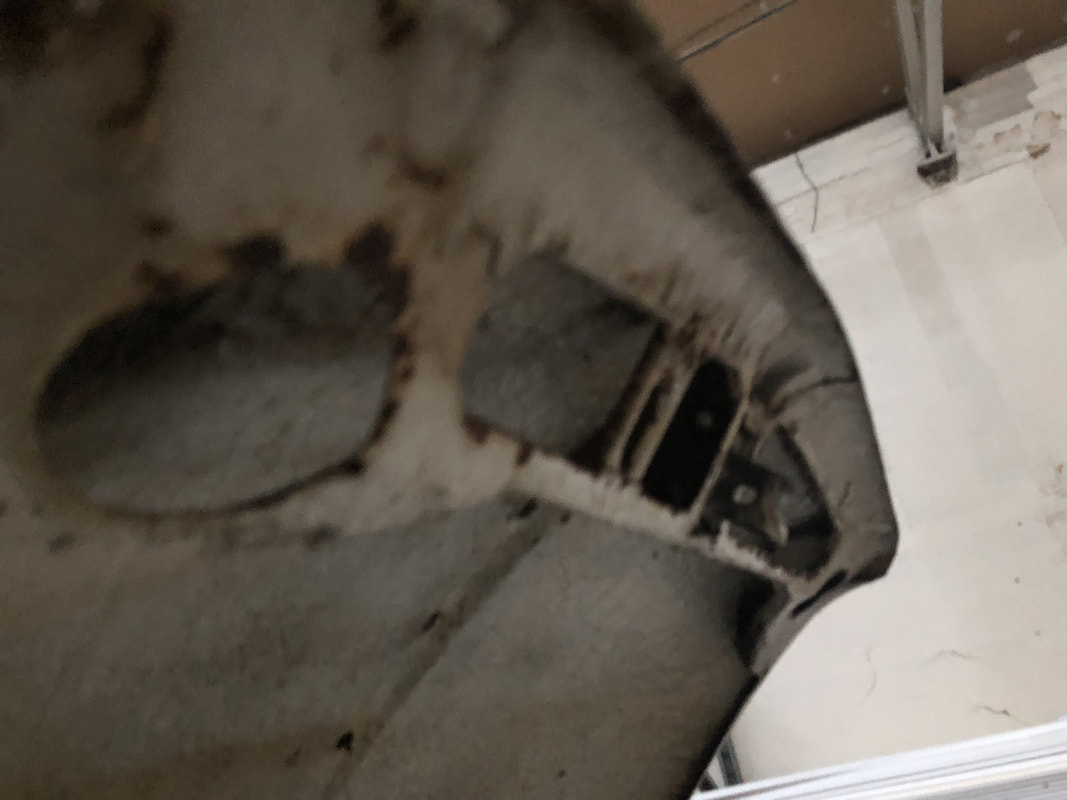