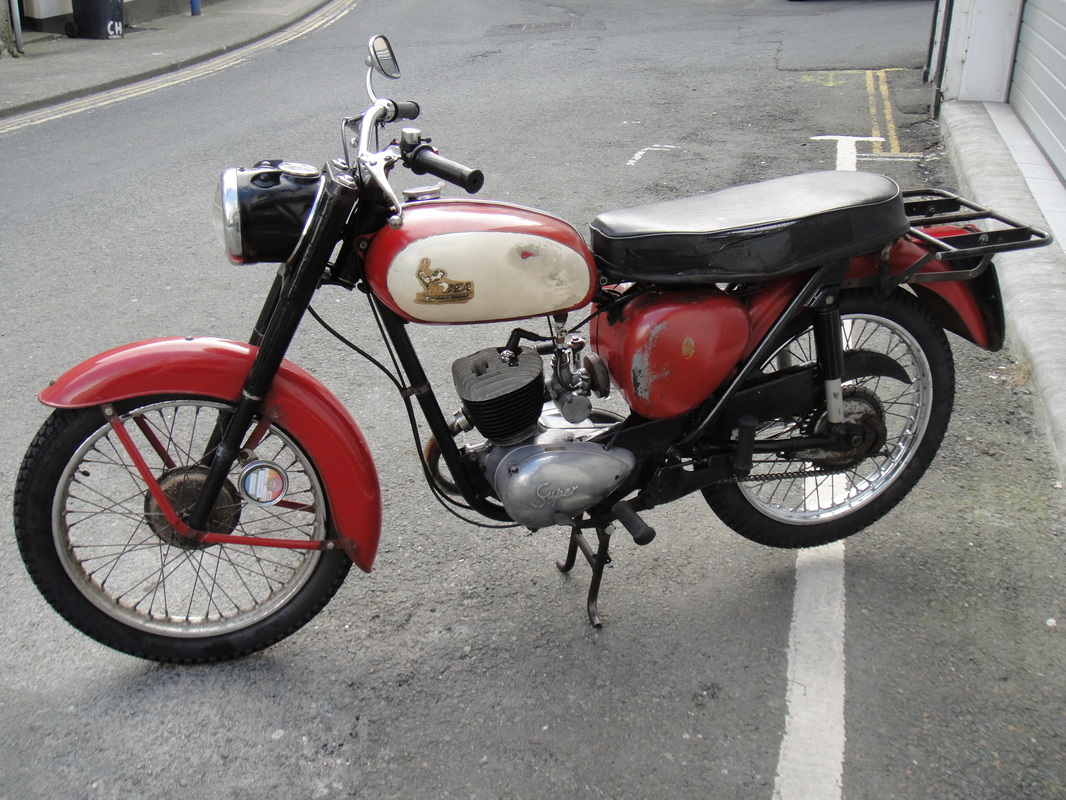 The BSA Bantam is a two stroke unit construction motorcycle  that was produced by the Birmingham Small Arms Company (BSA) from 1948 (as a 125 cc) until 1971 (as a 175 cc). Exact production figures are unknown, but it was over 250,000 and some estimates place the number closer to half a million.


The D7 Super was introduced for 1959, had a similar 175cc engine to the D5 but had an entirely new swinging arm frame and hydraulically damped forks which incorporated a nacelle mounted headlamp. The D7 continued in production until 1966 with at least 3 different styles of tank and alterations to the Wipac powered electrical system including a change to battery powered external coil ignition. 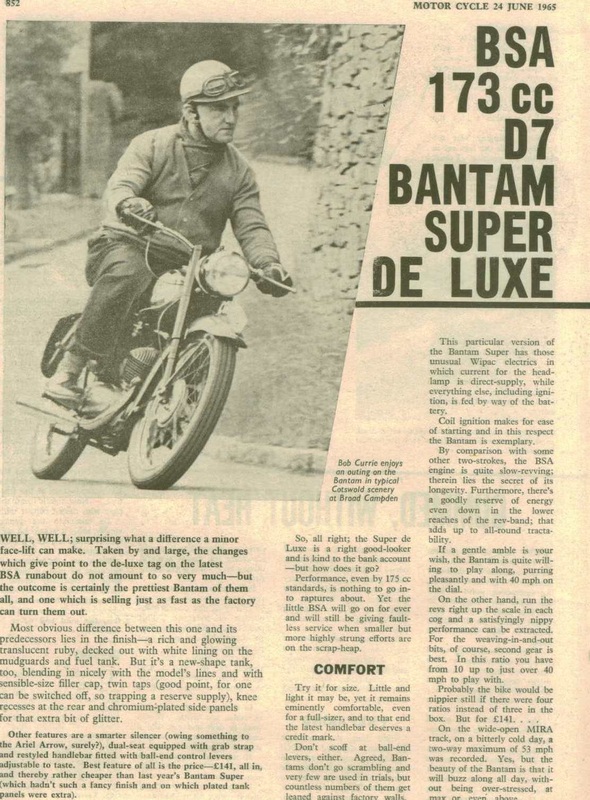 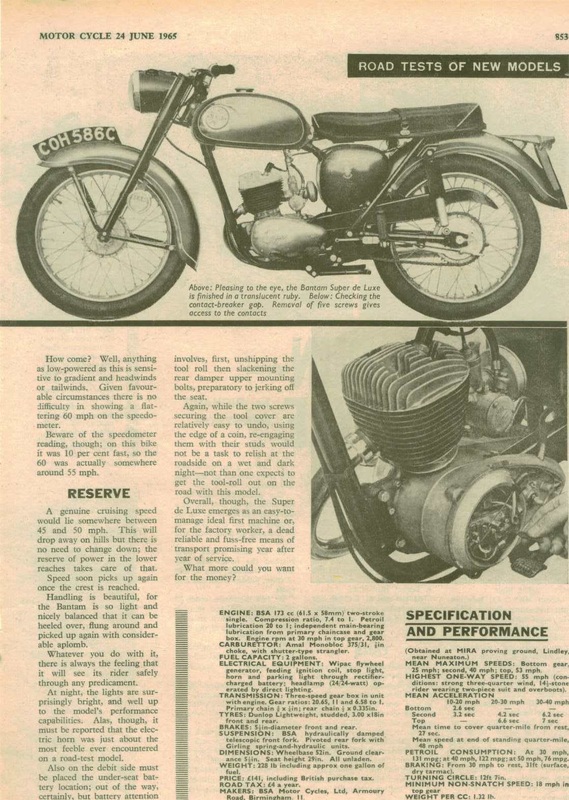