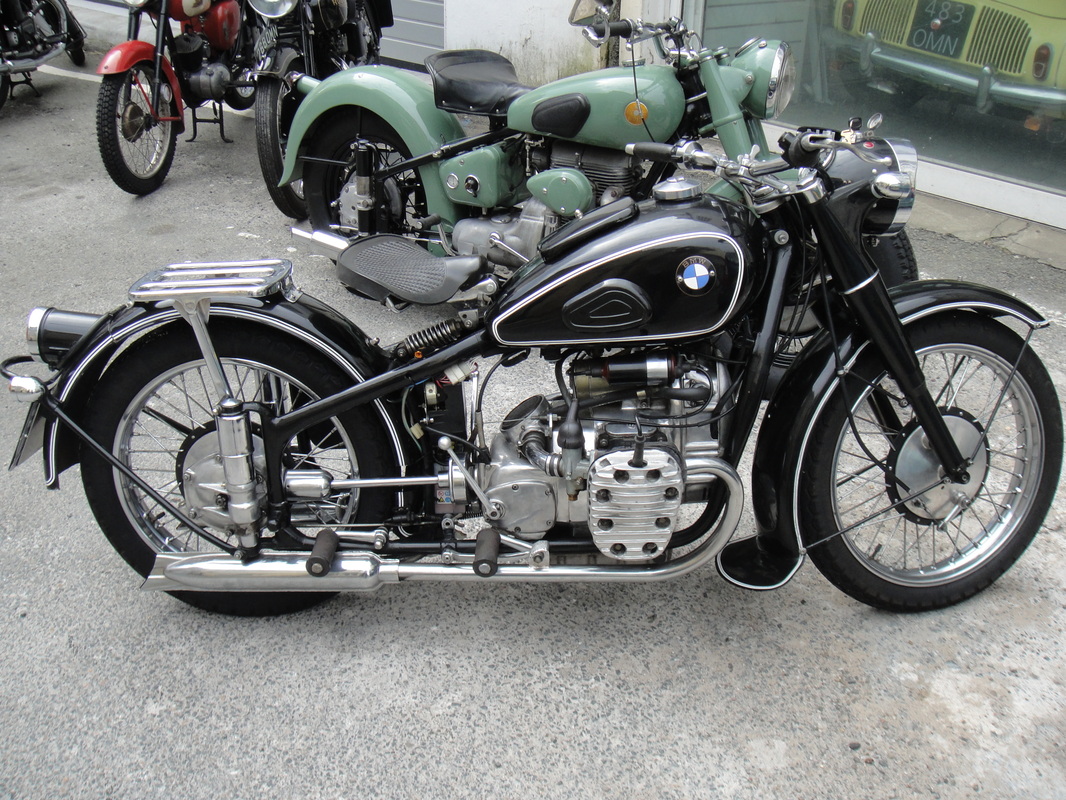 The CJ story begins in prewar Germany where BMW was building the last of its sidevalve bikes, the R71. Prior to the German invasion, the Soviets were already building copies of the R71, initially called the M71 and later the M72. Following the invasion, production was shifted from Moscow to Irbit (IMZ) in the Ural mountains where thousands were produced during and after the war. A second plant opened in Kiev (KMZ).With technical support from the USSR, CJ750 production commenced in Nanchang in the late fifties. (Various sources cite dates ranging from 1957 to 1961.)

Today's CJ750 M1 is a copy of the original M72 right down to the 6V electrical system and other quaint features. The M1M is a slightly modernized version with a proper distributor, 12V electrical system and electric starter while the M1S is an OHV machine. The latter two models are equipped with reverse gearboxes.

The history of the Chang Jiang 750 is at its core the tale of the migration of its design (and perhaps tooling) from Germany, to the Soviet Union, and ultimately to China. Official records have been lost to war or kept state secrets so all we have are competing theories backed up by plausibility and scant proof.

In 1957 military production was shifted to Kiev. At the same time the Gorky plant was closed and tooling was offered to the Chinese. It is probable that plans for the K750 had been finalised and transfer of the now obsolescent M72 line could go ahead. The Chinese have admitted that it took them until 1961 to build complete motorcycles.

The Chang Jiang 750 is unique in all the world for having the longest production run of any vehicle, 68 years and still counting! From 1938 until today it has been in nearly constant production. First produced as the BMW R71 (1938-1941), then in Russia as the M72 (1942-1963), and lastly in China (1957-today) as the Chang Jiang 750 (as the models M1, M1M, and M1S). While the design has evolved slightly, especially as each country began their production run, it remains firmly 1930's/1940's technology, with some parts still interchangeable with an original R71.

As you can see, the CJ features the sideways-on kickstart, and although it's easy to use, you'll not need to as the bike has electric start!

It's recommended running the engine, gearbox and final drive all on the same 40-weight oil, which makes it easier at service time. Because of the CJ's simple design, anyone who has ever lifted a spanner could maintain their own pride and joy on a regular basis, and there is nothing on the bike which would require specialist tools in the normal run of things. He keeps most spares in stock and reckons there's not much to go wrong with them anyway.

For more details and a copy of a manual:
http://www.changjiangcollective.com/index.php?p=ManualTOC

Riding Experience
I like this bike because it has that period look, but electric start and a great spares back-up make it very useable. On the downside, it's not fast, so don't jump on this bike if you are in a hurry.