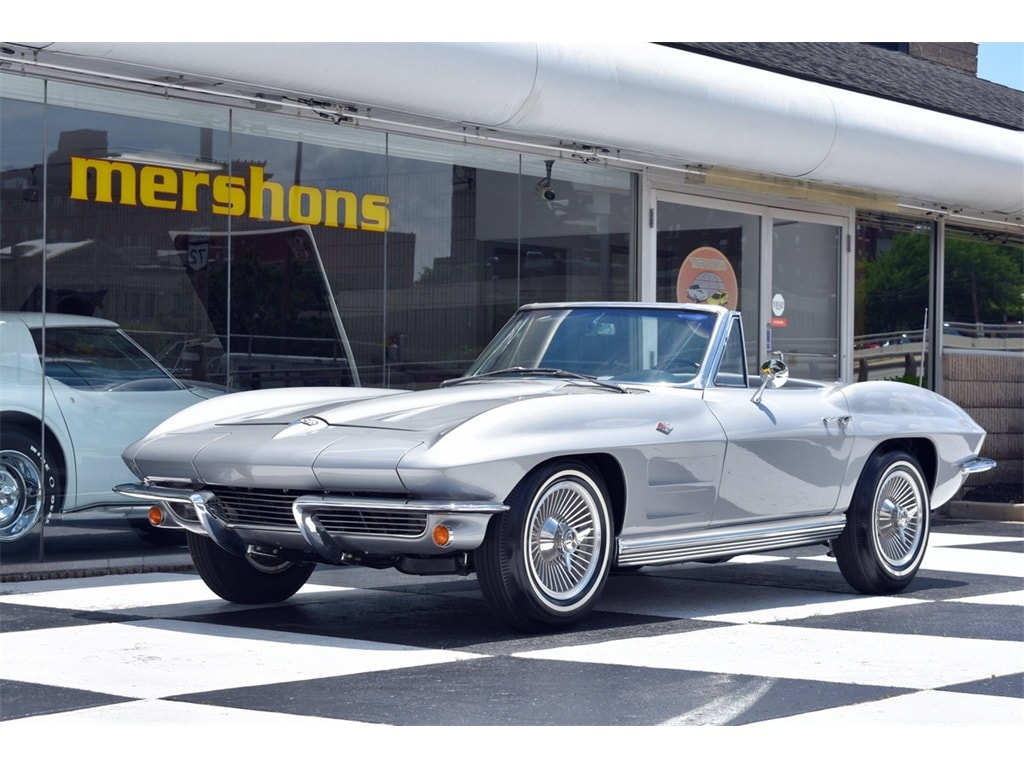 The 1964 Chevy Corvette was greeted with as much enthusiasm as its 1963 counterpart had been the year before.
With the monumental success that Chevrolet had experienced after the introduction of its second-generation Corvette Sting Ray. GM executives understood that the C2‘s sophomore year would require little more than continued refinement to the already intensely popular sports car to maintain its success.
There would be functional changes of course, and a few minor cosmetic refinements, but for the most part the 1964 Corvette would retain much of the ingenuity and design cues that had contributed to its initial success the previous year.

Most of the styling refinements that were made to the exterior of the 1964 model were subtle.  The most notable change involved the replacement of the rear split-window that had been introduced in 1963.  The split-window was abandoned completely by General Motors in 1964, replaced instead by a rear window that was constructed of a single piece of glass.

Another notable change that was made to the body lines on the 1964 model involved the removal of the faux hood vents that had adorned the 1963 model.  Although the vents themselves were stripped from the design, the recessed areas where they had been mounted remained, giving the 1964 Corvette hood a distinctive look all its own.

Also on the coupe’s rear pillar panels, which had been cosmetic just a year before, was now made fully functional, but only on the driver’s side. The addition of these vents aided in the venting of the cockpit on all coupes.

Still other cosmetic refinements, while less notable, still enhanced the 1964 Sting Ray’s overall appearance.  The car’s rocker panel trim, which had previously featured a series of ribs that ran the length of the panel, was replaced by a new panel that featured a  black divider that ran down its length.  Wheel covers were simplified.

The fuel filler neck cover/deck emblem was redesigned to include concentric circles around its crossed-flags insignia. been included in the 1963 Corvette’s bottom cushions were eliminated in the 1964 model.  Lastly, the original colour-keyed steering wheel rim was replaced by a wheel moulded in simulated walnut.  Also, all inside door release knobs were chromed. Other changes to the interior were invisible to the human eye, but were quite significant to the human ear.

The European press had criticised the 1963 Corvette for having fairly high interior noise levels.  To correct this issue, Chevrolet added more sound insulation and revised body and transmission mounts to reduce the amount of noise being generated during normal vehicle operation.

Transmission options did not vary much in 1964, though the two Borg-Warner T-10 four-speed transmissions were superseded by a pair of “Muncie” gearboxes.  The “Muncie” transmissions were so called because of where they were built – namely, General Motors Muncie, Indiana transmission facility. The Muncie transmissions were already being installed in a number of other GM models, so it made sense that Corvette utilise the same transmissions as well, thereby reducing transmission cost – both in materials and in manufacturing.   Known as a synchromesh style transmission, the Muncie gearbox featured an aluminium case similar to the earlier Borg-Warner design, though it came with stronger synchronisers and wider gear ratios making it more durable and providing greater drivability.  Also like the Borg Warner transmission, Muncies had a reverse lockout trigger, though it was mounted to a thicker shifter.

This car has been subject to a complete Frame off Restoration. Original Colour Code 940 Satin Silver with RARE Original Trim Code 899 Silver & Black and Black Soft Top. Original 327/300hp with Matching Numbers and RARE Automatic Transmission. Features include Power Steering, Original AM/FM Radio, Seat Belts, and Aluminium "Knockoff" Wheels with Whitewall Tires. Very well detailed under the hood with most factory correct type components including Harrison Radiator and Overflow Tank, Full Ignition Shielding, Tach-drive distributor, correct GM stamped hoses, correct radiator and heater hose clamps, Proper Dual Snorkel Air Cleaner and more. When we see this rare and attractive colour combination we're always eager to check the trim tag only to find that most weren't born this way... this one is not only for REAL, but an exceptional example you can be proud to own, drive and show!

While the 1964 Corvette actually came standardly equipped with a 3-speed manual transmission, only 3.2 percent of the Corvettes built that year came so equipped.  Once again, the optional Powerglide 2-speed automatic transmission was also offered in 1964, but only accounted for approximately 11 percent of all the Corvettes built - again adding to the rarity of this particular Corvette. 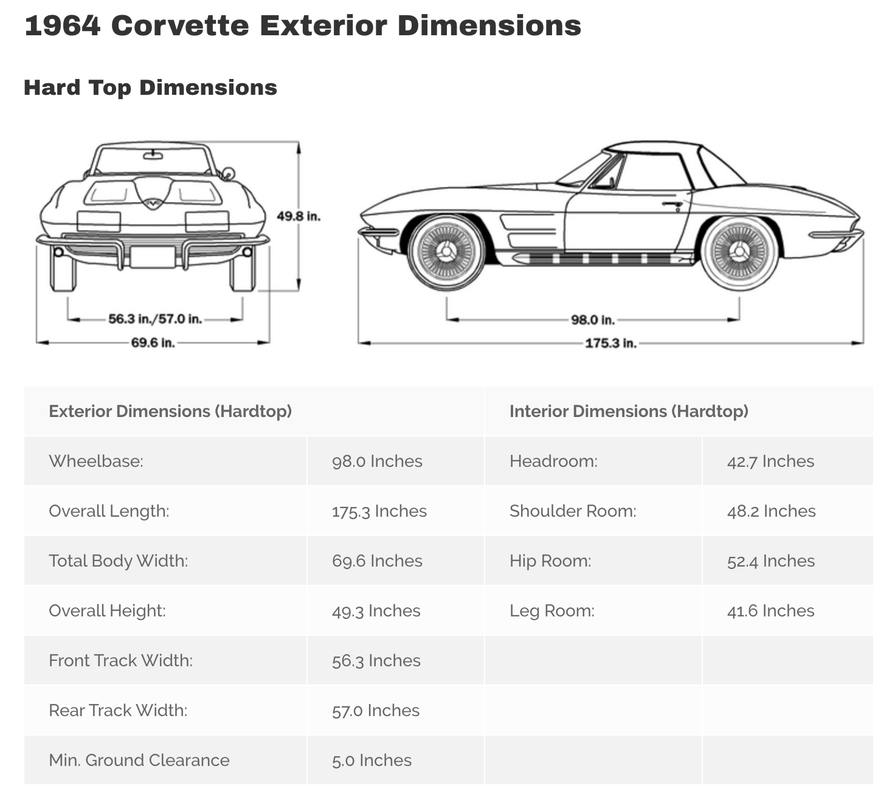 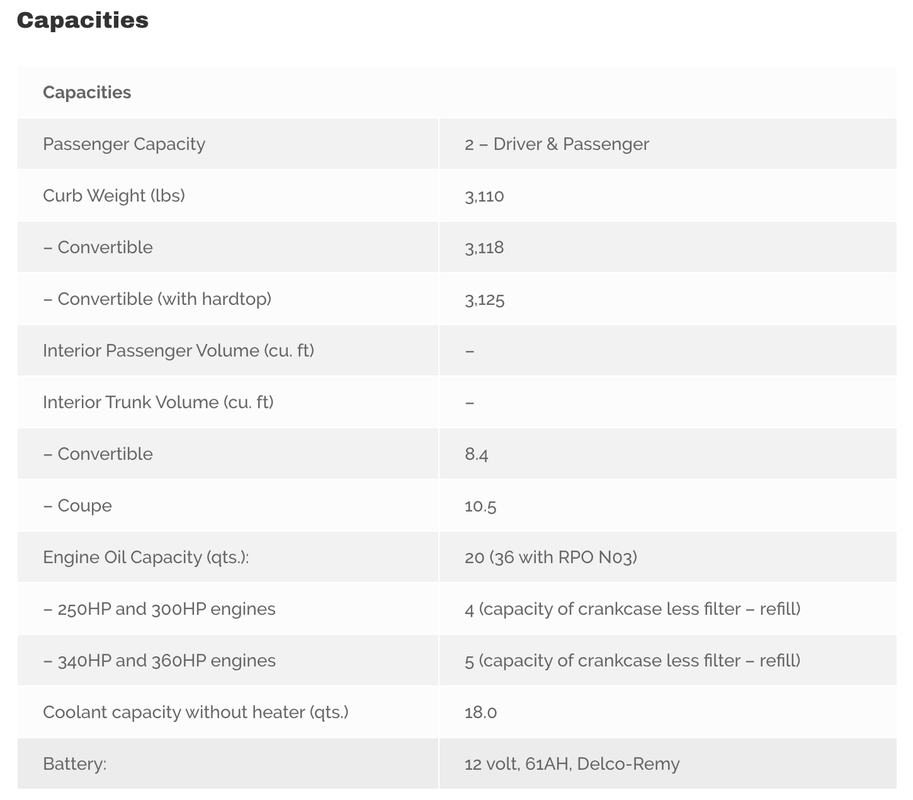 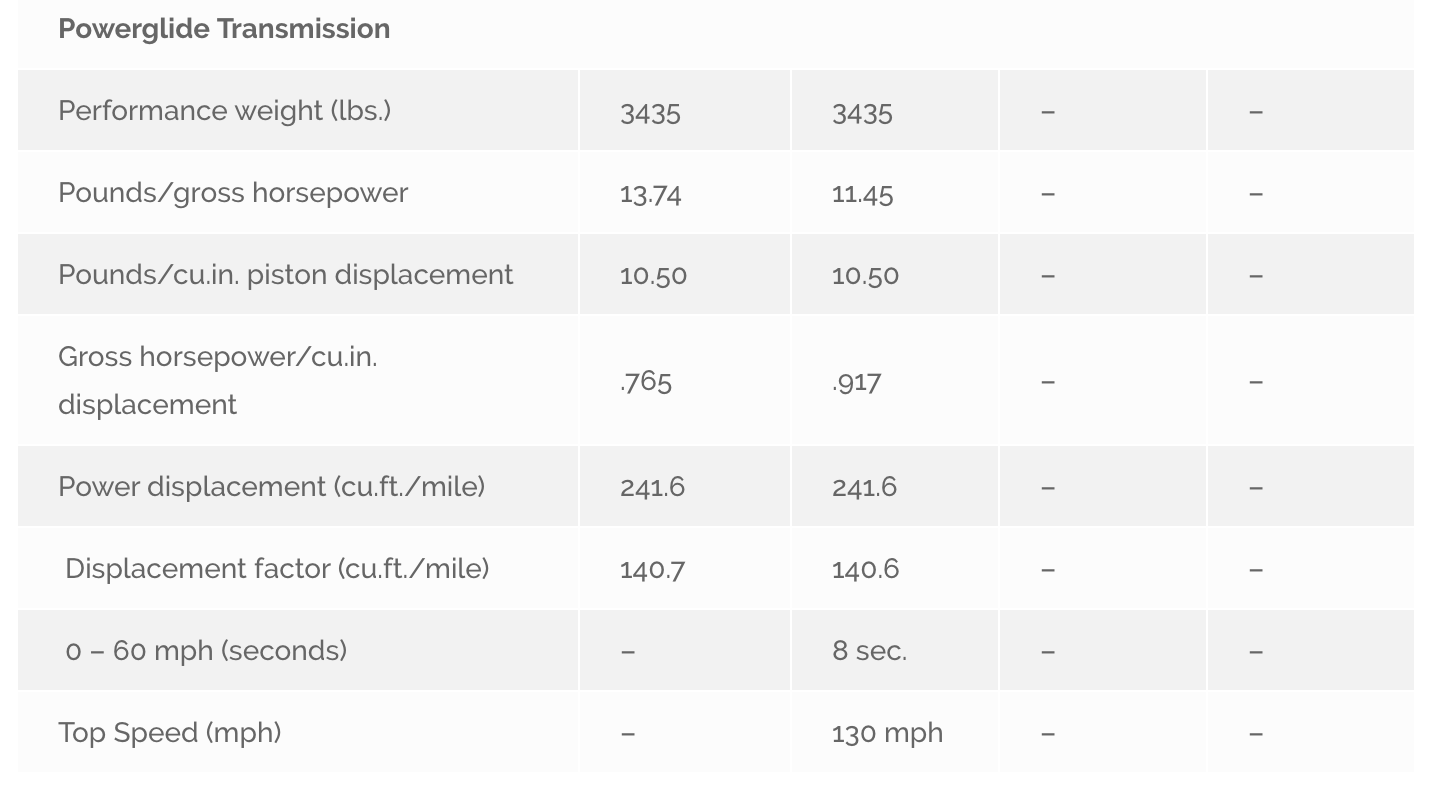 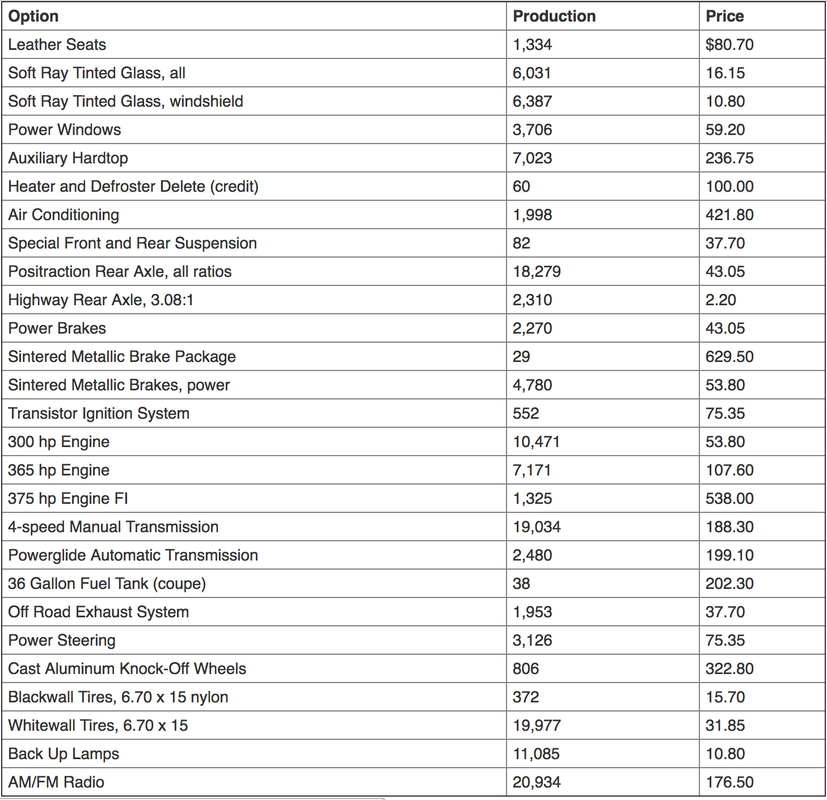