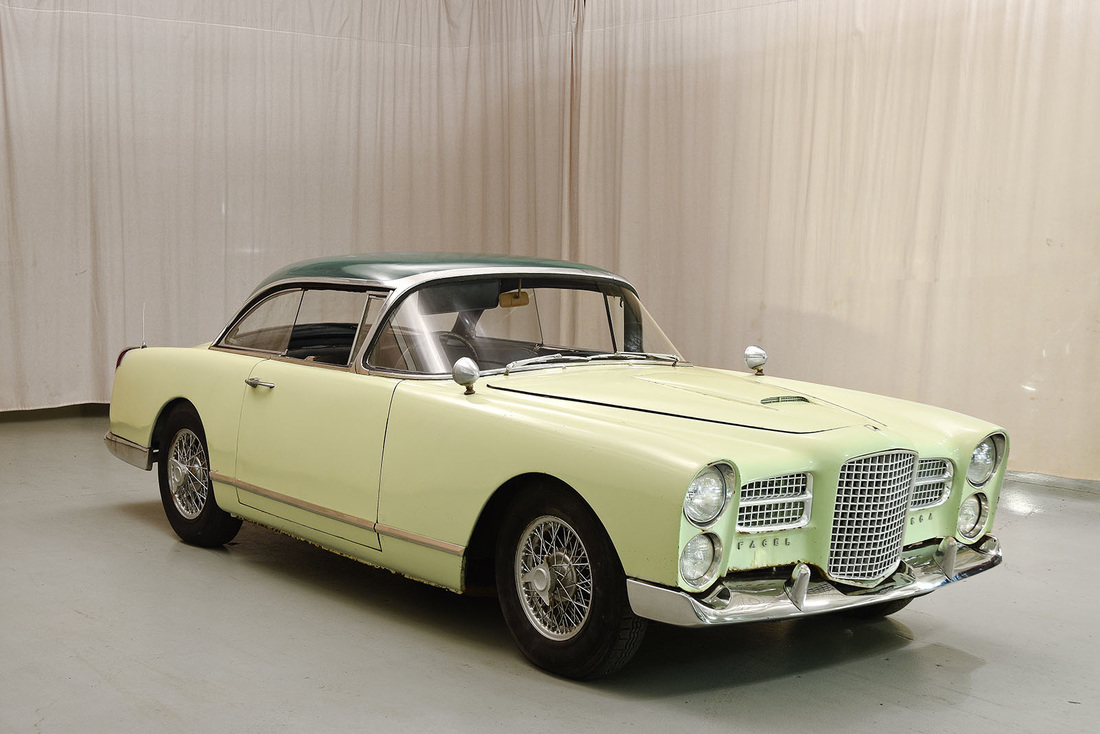 In the world history of the automobile, cars originating from France hold a special place for having abundant style and mechanical sophistication. In the 1930s and 1940s, French car makers and carrosserie where producing some of the most opulent and flamboyant machines of all time. By the 1950s it was all about Citroen and their magnificently sophisticated, space-age DS. At the same time, a small French auto maker was building their own high end luxury cars with a unique style and a thumping heart of American V8 muscle. Forges et Ateliers de Construction d’Eure et de Loire,known simply by its contraction “Facel”, was originally formed in 1938 by Jean Daninos as a supplier of machine tools for the aircraft industry. During World War II, they diversified into gas generators as military machinery could not be built under the German occupation. After the war, they returned to the aircraft industry but also added stainless steel kitchen equipment and soon car bodies, namely for Panhard, Simca and Ford France. In a short time, Facel had amassed a very diverse portfolio! Daninos was quite a petrol head, and he had a strong desire to build a distinctly French luxury car of his own design. His first car, known simply as the Vega, was a handsome affair built around a DeSoto drivetrain and Torqueflite automatic transmission. Given the fact that Delage, Delahaye and Talbo-Lago were gone, there was a void in the top of the French luxury car market. The Vega sold enough examples to be updated and improved through a further two generations. The ultimate evolution, the Facel-Vega HK500, used Chrysler supplied 360 (5.9L) and 383 (6.3L) engines with either a Torqueflite automatic transmission or the very rare optional Pont-a-Mousson four-speed manual. All told, approximately 800 total examples of the Vega FV, FVS and HK500 were built before Daninos changed tack to build smaller sporting cars, a decision that would lead to their bankruptcy in 1965.

According to the Facel Vega Car Club, just 164 Facel cars were ever sold in the UK. It is not clear how many were HK500s, but it is certainly a very small number, perhaps in the single digits. So when a right-hand-drive HK500 reappears after having been believed lost, it is certain to make waves among marque enthusiasts. This particular example, chassis number HK G8, is just such a car. Registrars of the Facel club have long believed this car was scrapped by its prior owner, who was last heard from in 1979. Its history is still being researched; however it is known that it first left the Facel Works in November of 1958, built to an order by the official UK Facel agency H.W.M.

HK G8 (body number 0414) is of extremely unusual specification. It was equipped with the aforementioned right-hand drive, a 383 cubic inch (6.3l) Chrysler V8 with dual –quad carburetors, disc brakes and the very rare Pont-a-Mousson 4-speed manual gearbox. Given the low number of RHD HK500s, it is possible this is a one-of-a-kind.

It is currently presented as-found, after an exhaustive 20 year search. Finished in light green with a dark green top and green-blue interior, it is complete but in need of a restoration. It has never been apart, and is remarkably complete. Every piece of chrome trim and all body fittings are accounted for, a very important consideration for such a rare machine where replacements can be scarce. The odometer shows 59,680 miles which is believed to be genuine given its current condition and the length of time it has been off the radar. There are no signs of significant corrosion, crash damage or repairs. The car does indeed run and drive although its not been on the road for some time. While HK G8 would certainly benefit from a sympathetic and careful restoration, we would stop short of calling it a project – as it is very complete, free of structural issues and is not missing any components. This is an extraordinary opportunity to acquire a very rare, highly desirable example of Facel Vega’s most famous model. Since HK G8 is so solid and complete, we believe this will be a straightforward restoration to accomplish. We are confident it will reward whoever decides to return it to its former Gallic glory.

This is an iconic and powerful Grand Tourer that does everything that Italian exotics do but at a fraction of the price - I know, I've owned both. Things don't fall off, you won't need a trickle charger, a cambelt change every three days, or a bloke with a B.Sc. to change the plugs, but you do get that awesome V8 burble that is not lost with the modern mechanicals. 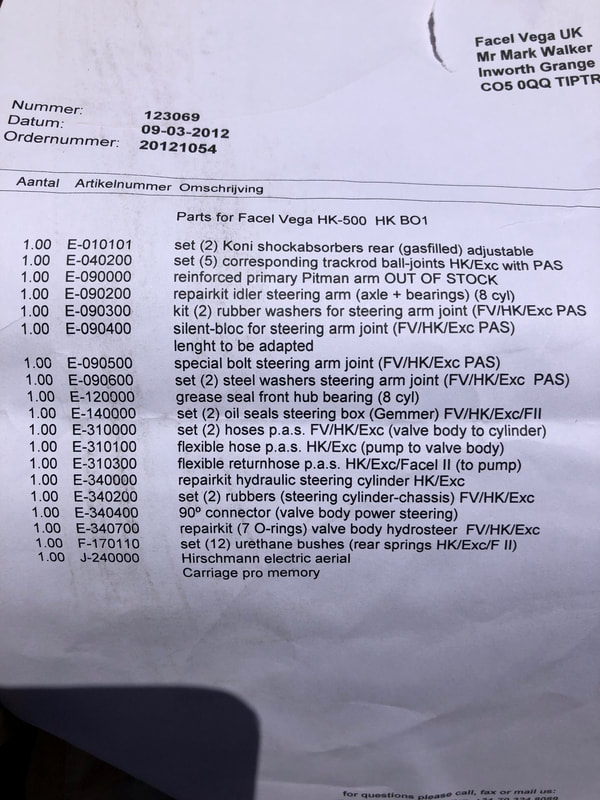