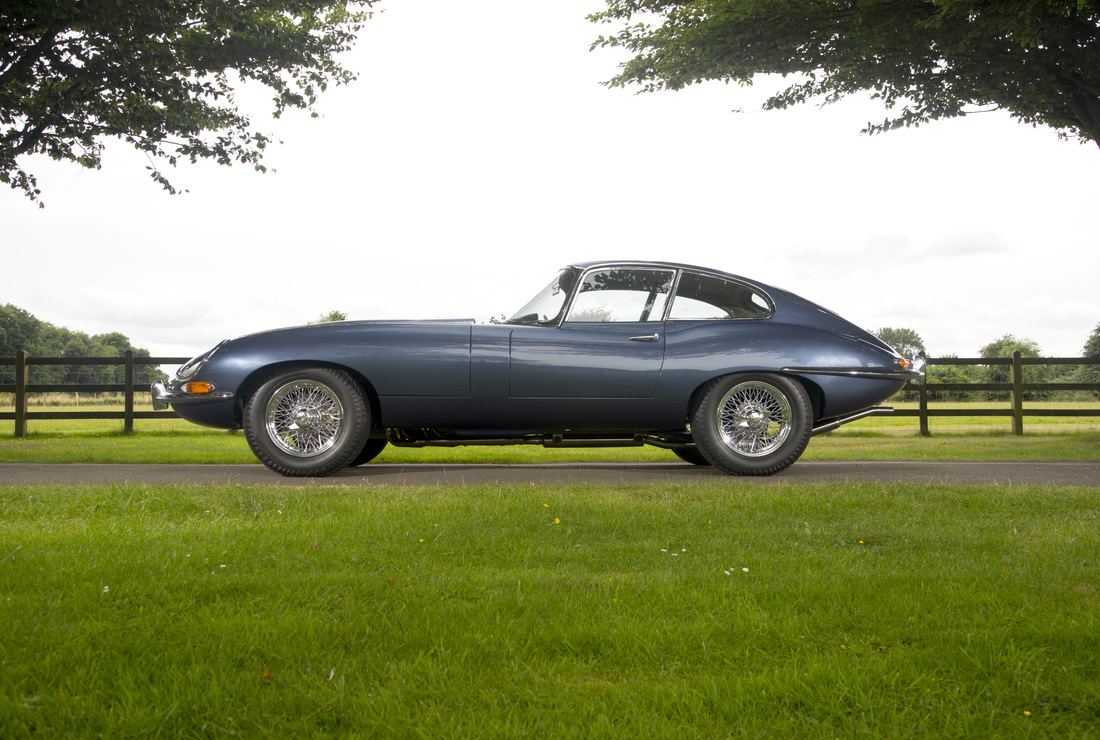 The Series 1 was introduced, initially for export only, in March 1961. The domestic market launch came four months later in July 1961. The cars at this time used the triple SU Carburetted 3.8 litre six-cylinder Jaguar XK6 engine from the XK150S. Earlier built cars utilised external bonnet latches which required a tool to open and had a flat floor design. These cars are rare and more valuable. After that, the floors were dished to provide more leg room and the twin hood latches moved to inside the car. The 3.8-litre engine was increased to 4.2 litres in October 1964.

All E-Types featured independent coil spring rear suspension with torsion bar front ends, and four wheel disc brakes, in-board at the rear, all were power-assisted. Jaguar was one of the first vehicle manufacturers to equip cars with disc brakes as standard from the XK150 in 1958. The Series 1 can be recognised by glass-covered headlights (up to 1967), small "mouth" opening at the front, signal lights and tail-lights above bumpers and exhaust tips under the number plate in the rear.

A 2+2 version of the coupé was added in 1966. The 2+2 offered the option of an automatic transmission. The body is 9 in (229 mm) longer and the roof angles are different. The roadster remained a strict two-seater.

Less widely known, right at the end of Series 1 production and prior to the transitional "Series 1½" referred to below, a very small number of Series 1 cars were produced with open headlights.  Production dates on these machines vary but in right hand drive form production has been verified as late as March 1968.  The low number of these cars produced make them amongst the rarest of all production E Types.

Following the Series 1 there was a transitional series of cars built in 1967–1968, unofficially called "Series 1½", which are externally similar to Series 1 cars. Due to American pressure the new features were open headlights, different switches, and some de-tuning (using two Zenith-Stromberg carburetters instead of the original three SUs) for US models. Some Series 1½ cars also have twin cooling fans and adjustable seat backs. Series 2 features were gradually introduced into the Series 1, creating the unofficial Series 1½ cars, but always with the Series 1 body style. A United States federal safety law affecting 1968 model year cars sold in the U.S. was the reason for the lack of headlight covers and change in switch design in the "Series 1.5" of 1968. An often overlooked change, one that is often "modified back" to the older style, is the wheel knock-off "nut." U.S. safety law for 1968 models also forbid the winged-spinner knockoff, and any 1968 model year sold in the U.S. should have a hexagonal knockoff nut, to be hammered on and off with the assistance of a special "socket" included with the car from the factory. This hexagonal nut carried on into the later Series 2 and 3.

The cars submitted for road test by the popular motoring journals of the time (1961)such as The Motor, The Autocar and Autosport magazines were specially prepared by the Jaguar works to give better-than-standard performance figures. This work entailed engine balancing and subtle work such as gas-flowing the cylinder heads and may even have involved fitting larger diameter inlet valves.

The car is quite special as the paint colour was a special order, Opalescent Dark Blue, and the original colour interior has been recreated.

I bought this car from Alan Carrington in 2014, who had imported the car from Africa. The following three years (up to 2016) the car has been  extensively restored:

The works were completed by Alan Carrington, with a labour bill of 3000 hours. The total cost of restoration is a mind-blowing £450k.

Of course, then having decided upon a Ser1, you could always buy something needing work, and maybe undertake a rolling restoration. Well this is how I started out with this E-type. You would think after 30 years of classic car ownership I would have known better!

The fact is an E-type is a car that needs restoring properly, and this means a complete strip down, bare-metal re-spray, panel alignment and engine/gearbox overhaul with a complete strip down of the running gear. Unless, you want to spend 3 year’s of your life doing this yourself, you will need to put this out to a reputable restoration company.
And of course, you would rightly think that this will save you some money over buying a car that has already undergone a total restoration – huge mistake!!

You will start out with for around £75,000, anything cheaper will almost certainly need a jig and major welding. All the basic parts, which are readily available, will come in at about £70,000, then a bare-metal re-spray  £15,000, full interior £8,000. This assumes that you do everything apart from paint and interior yourself. If you put this out to a specialist, expect between 2,000 to 3,000 man-hours depending upon the level of restoration. Specialists charge circa £75 per hour.

I know all this, because this is exactly what I did, and the car you are looking at stands me over £400,000 and a marriage.  So you get to enjoy the best E-type on the market at less than half-price, and almost certainly get to keep your wife or  attract another one quite easily with this car.

But seriously, this is better than the day it left the factory, it’s number matching, restored with fastidious attention to detail and has the super-rare (special order) colour combination. 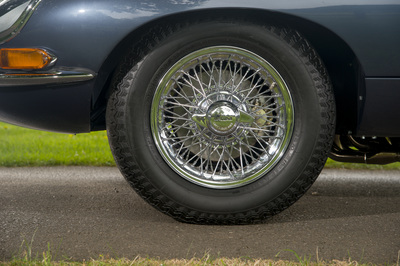 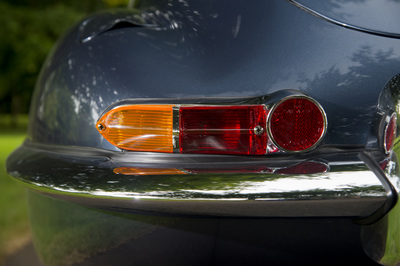 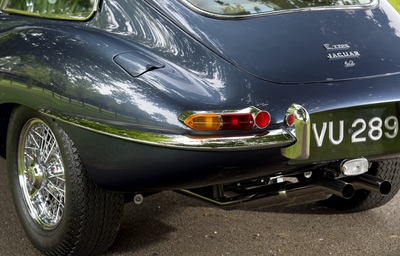 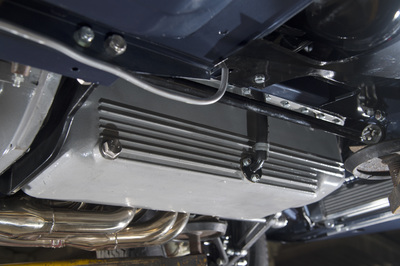 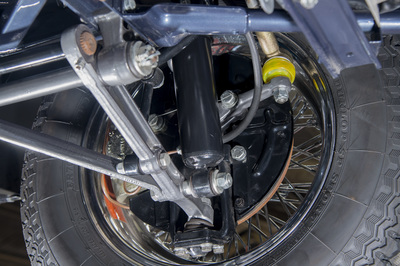 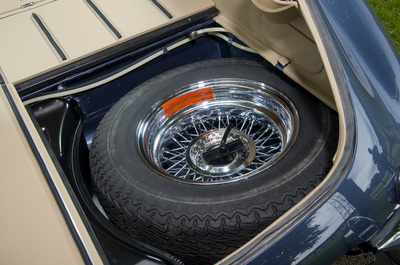 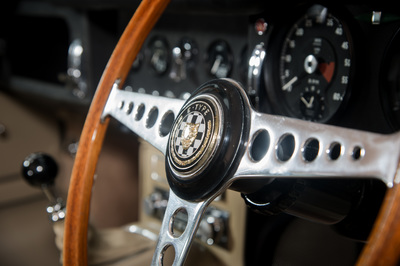 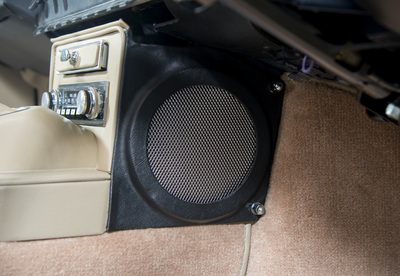 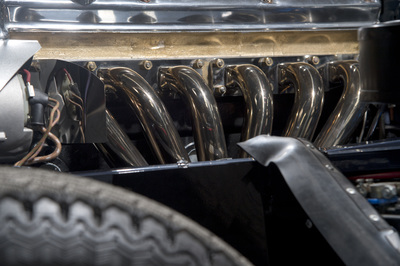