From the Burlini collection. Known as the "tin woody" this quirky little station wagon is a really cool piece of fifties nostalgia. Mr. Burlini was on a motorcycle run in northern Wisconsin and found this car. It wasn't for sale but he had to have it. He talked the farmer into selling it. He had the car completely restored. The body is mint, arrow straight. Completely repainted. Has smooth, polished finish. Engine bay, inside of tailgate and jambs have been painted. Known as the tin woody because it has very realistic painted wood grain metal that looks like real wood. Chrome has been redone- the bumpers, grill, front medallion, handles and air vents. Glass is excellent. Restored wheels with new radial whitewall tires. Interior has been completely redone in a two-tone tan and ostrich print upholstery with a red piping. Headliner, visors, carpet has all been done. Dash is painted. The engine compartment is detailed. These little Nash especially have an allure about them. They're cute! People enjoy looking at them. **Update- $5,164 just spent on engine rebuild!!

In the history of industrial design, only twice have the styling of cars and refrigerators come together with any great and lasting success. One of those is the BMW Isetta, instantly recognizable as one of the cutest little cars ever invented. Less well known is the Nash Rambler, built by the Nash-Kelvinator Corporation between 1950 and 1955.

Nash introduced the Rambler in 1950 as its lowest-priced model at $1,800, which wasn't cheap by any means. But buyers got a car that was loaded with standard equipment, including a radio, heater, courtesy lights, an electric clock, custom upholstery, wheel discs, and more. The Rambler was also the company's smallest model; in fact, its relative diminutive size, with respect to the rest of the Nash lineup (and indeed the entire American car market), made it one of the first compact cars.

The Rambler utilized a 100-inch wheelbase and weight wasn't more than 2,500 pounds. As with other Nash models, the Rambler employed Airflyte construction, which was simply Nash's way of saying unibody. Whatever the name, the cars offered a strong and stiff build in a small package.

Yet despite its smaller stature, it still seated five adults in comfort. The unique body styling was perhaps more "bathtub" than it was "refrigerator," and included partially enclosed front fenders. The American public loved it, and the Rambler was a hit.

The Rambler's 173-ci L-head 6-cylinder was a derivative of the powerplant first introduced in the 1941 Nash 600 (Airflyte construction also debuted in the 600, in 1949), and in the Rambler it produced 82 hp. This was sufficient to propel the car well enough, and to also return decent fuel economy. A 3-speed manual transmission was standard, while overdrive could be specified as an option.

The Hudson Motor Car Company merged with Nash in 1954, with the successor being the American Motors Corporation. Soon after the merge, Ramblers were badged as Hudson brand cars. Nash Ramblers and Hudson Ramblers were virtually identical, except fo the brand name and some minor brand badging. 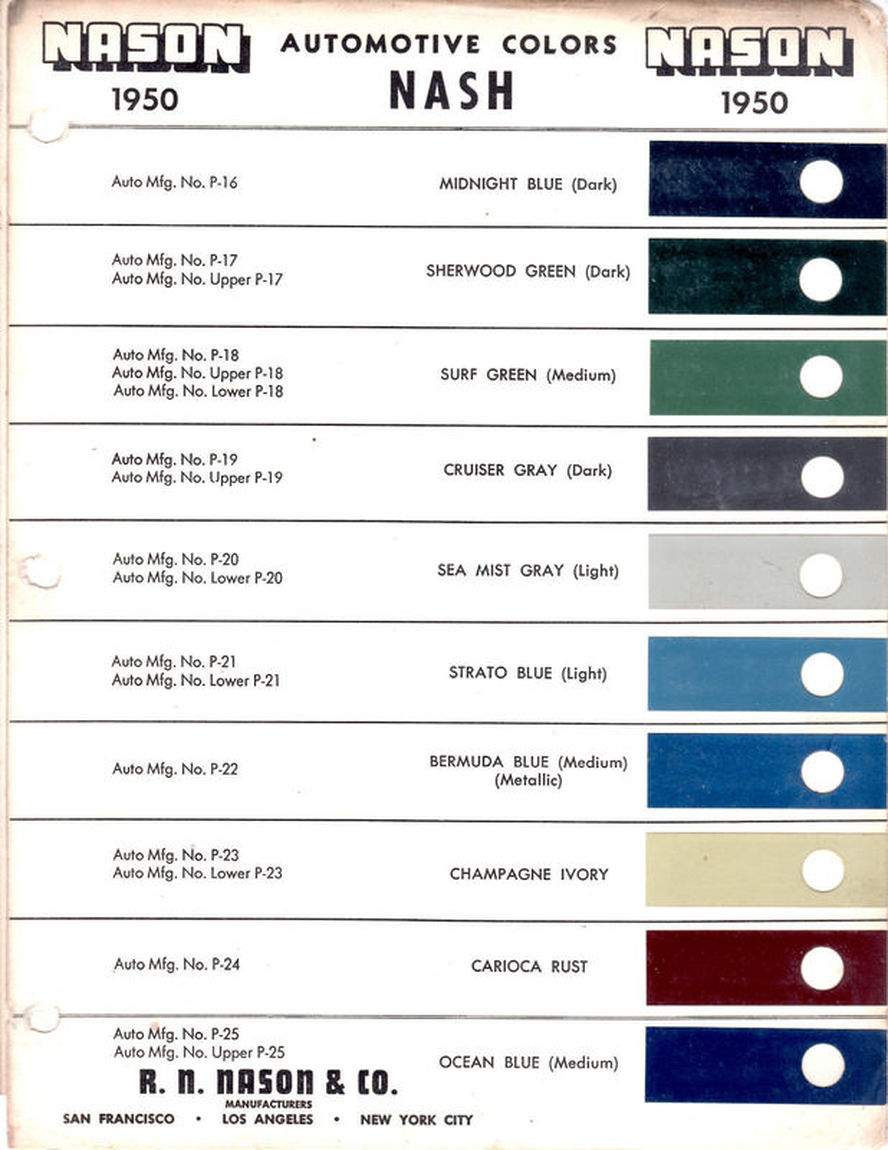 This video shows the how the chassis and floorpans have absolutely no rust or repairs - yes... totally original metal work!! 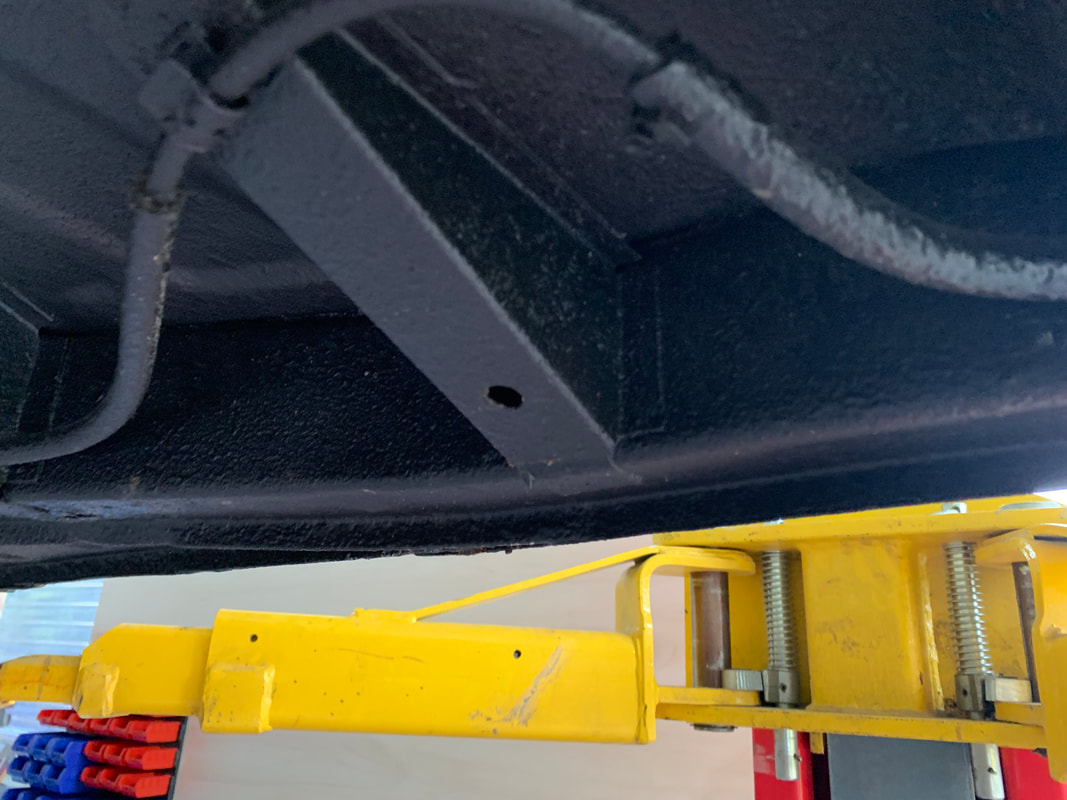 As the two pictures show above and below, the metal work is in excellent condition with seemingly no repairs or welding. 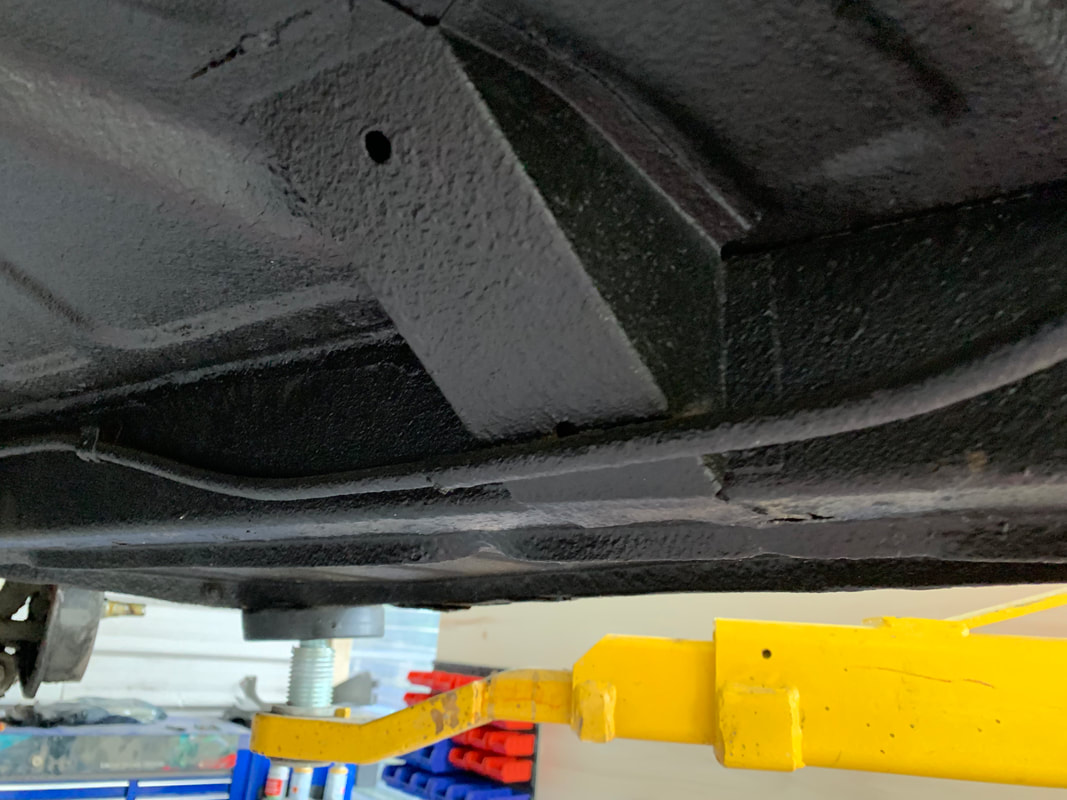 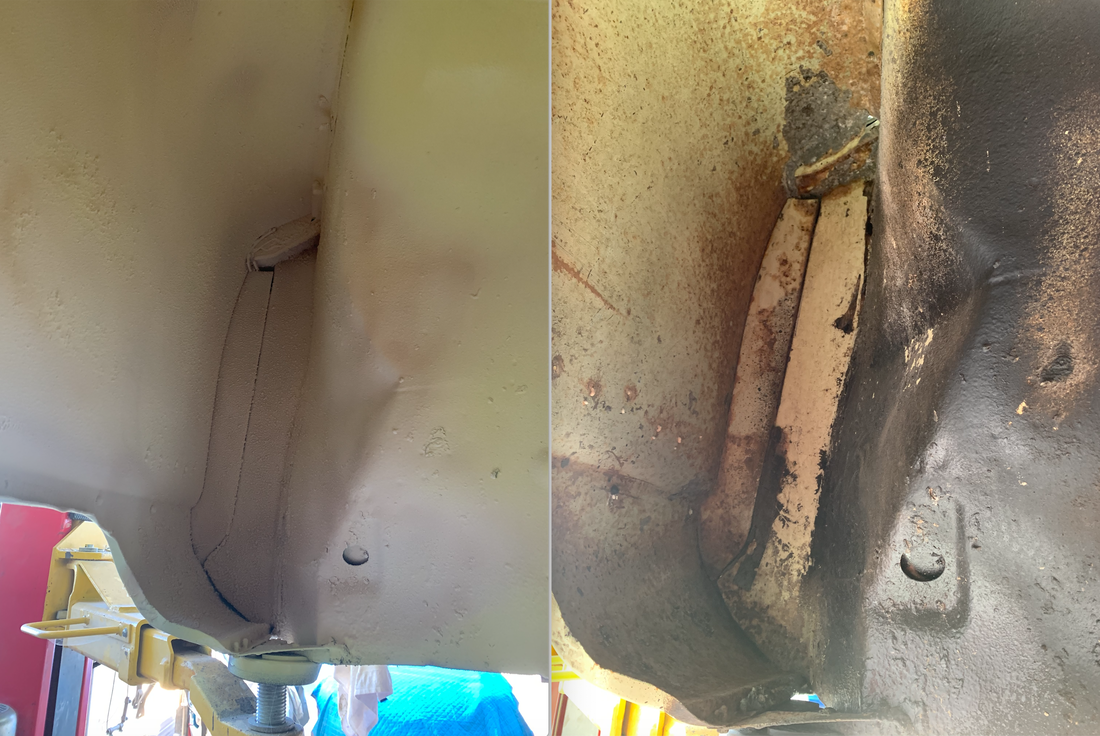 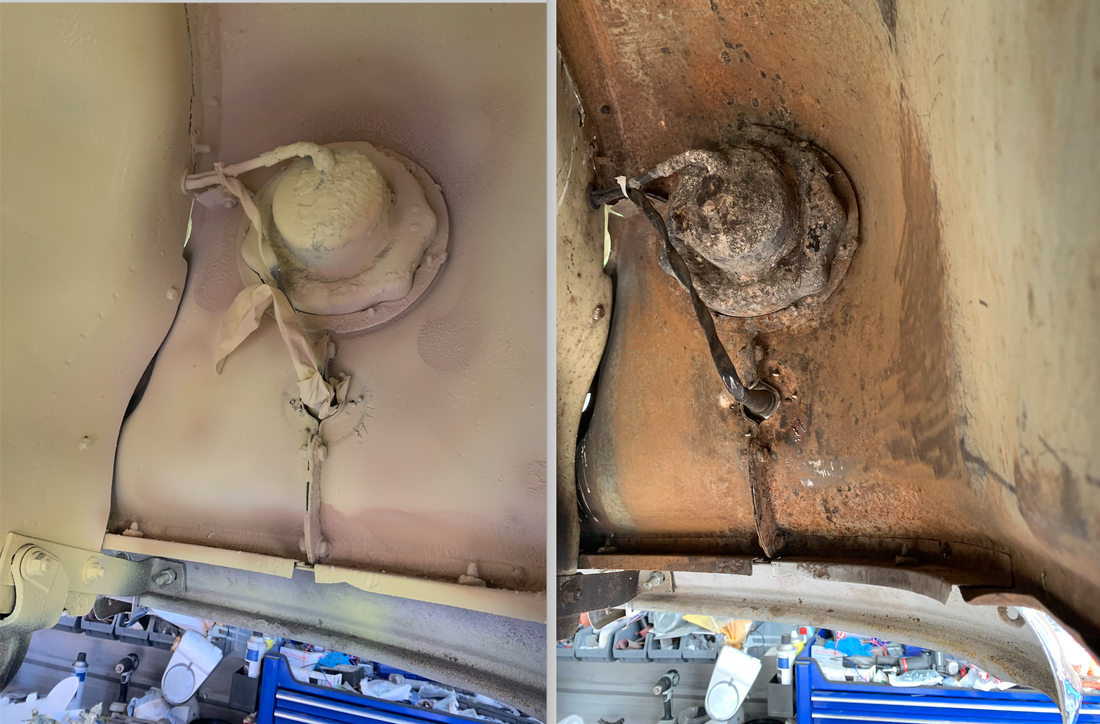 The entire car was rewired with a fuse board for all main circuits included under dash.