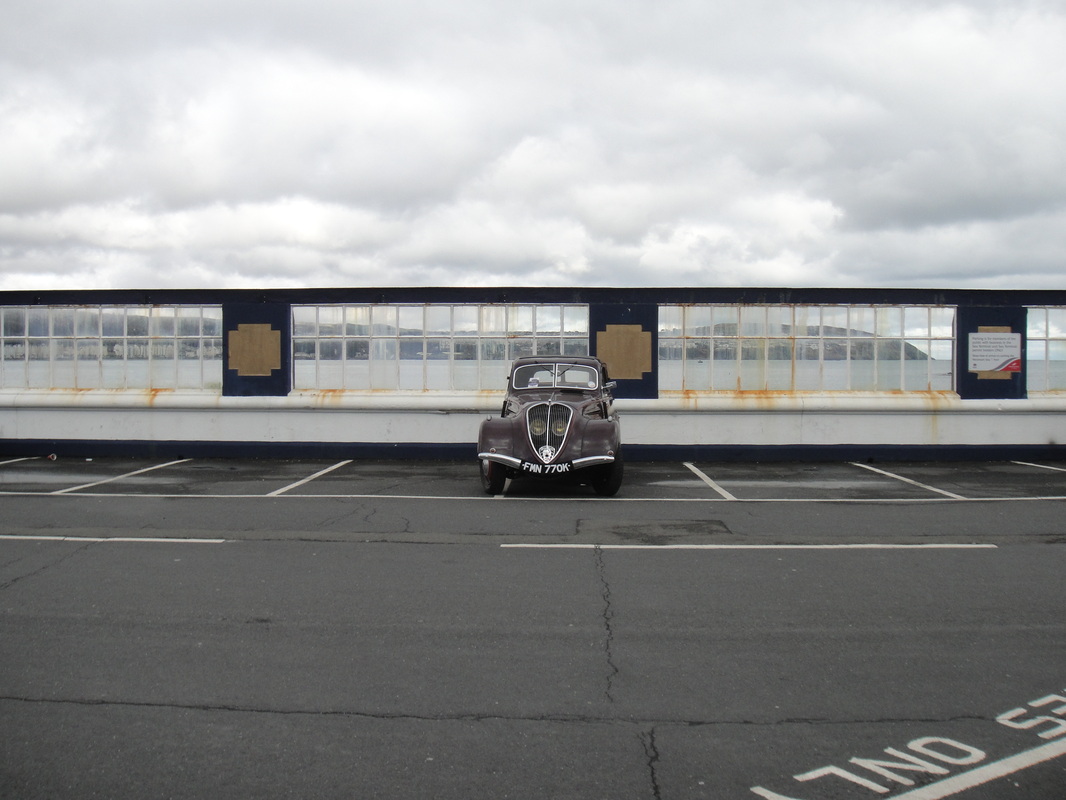 Originally registered in the UK

The Peugeot 302 is a mid-weight saloon introduced at the 1936 Paris Motor Show by Peugeot and sold until 1938.

The 302 was effectively a shortened version of the Peugeot 402 with a smaller engine. It was launched a year after the 402. The aerodynamic 402 was enthusiastically received by the market, but it was half a class larger than the Citroen Traction Avant  which had in many ways rewritten the rule book when launched in 1934, and which during the later 1930s acquired a range of different engine sizes and wheelbase lengths. The 302 could compete more directly with the Citroën as the consumer boom of the late 1930s pointed to a growth in market demand for middle sized saloons.

The 302 faithfully followed the style of the longer 402, complete with a sloping front grill behind which lurked the head lights. An eye catching detail was the hole for the starter handle on lower part of the front grill, and which passed through the middle digit of the name 302 inscribed patriotically in blue, white and red on the grill.

In addition to the saloons, a small number of special bodied versions were produced including a Darl'mat built 302 roadster and a cabriolet incorporating the automatic fold-away steel roof design patented by Georges Paulin back in 1931.

The four cylinder water cooled 1758 cc engine was in most respects similar to the slightly larger engine fitted to the 402. Maximum output of 43 PS (32 kW) was claimed, along with a maximum speed of 105 km/h (65 mph)

The parts supply is very good with a couple of specialists in France.  I have driven this car as my daily driver for a couple of years covering about 6,000 trouble-free miles. The only thing to go wrong with this car has been the modern electric fuel pump!

I have crawled all over this car rustproofing it underneath and inside the doors etc. There is absolutely no rust or repairs anywhere on this car.

I bought this car at auction. I went to the auction to buy a Maserati 3500GT. However, after I sat inside the Maserati I couldn’t’ get over how uncomfortable the driving position was and how heavy the clutch was. In the corner of the auction room was a car that was creating a lot of interest, largely by people that had no idea what it was – dealers included!

I thought I would sit in the car for a bit of fun, but fell in love with it straight away. It’s unique and quirky in so many ways, and yet practical and useable. The driving position is a joy and the gear-change smooth. She starts easily, and although no performance car I have used happily in and around town.

This auction had attracted a lot of press coverage and interest because the entire stock of US cars from the film ‘Captain America’ were being sold off by Pinewood. The 302 was not actually in the film, but it was bought by the director Joe Johnston

When making Captain America at Pinewood Studios, Joe would travel to and from his flat in Chelsea to the studios every day in this 302.

I have had the fuel-tank professionally recoated inside and out, fitted a new Solex carb and electric fuel pump to try and remove the Achilles heel with using an older car everyday.

The interior resembles the original austere French offering, which I find comfortable and endearing, but I know some people in the club have reupholstered theirs in leather and alike.

Mechanically, I have not had to do much, but there is nothing complicated on these cars and they can be maintained with the minimum of mechanical knowledge and tools.

I have previously owned 2 Citroen Tractions, and although I loved these cars, the Peugeot is a more stylish and in my view a nicer car to own – it’s certainly a lot easier to keep on the road with less complicated running gear.