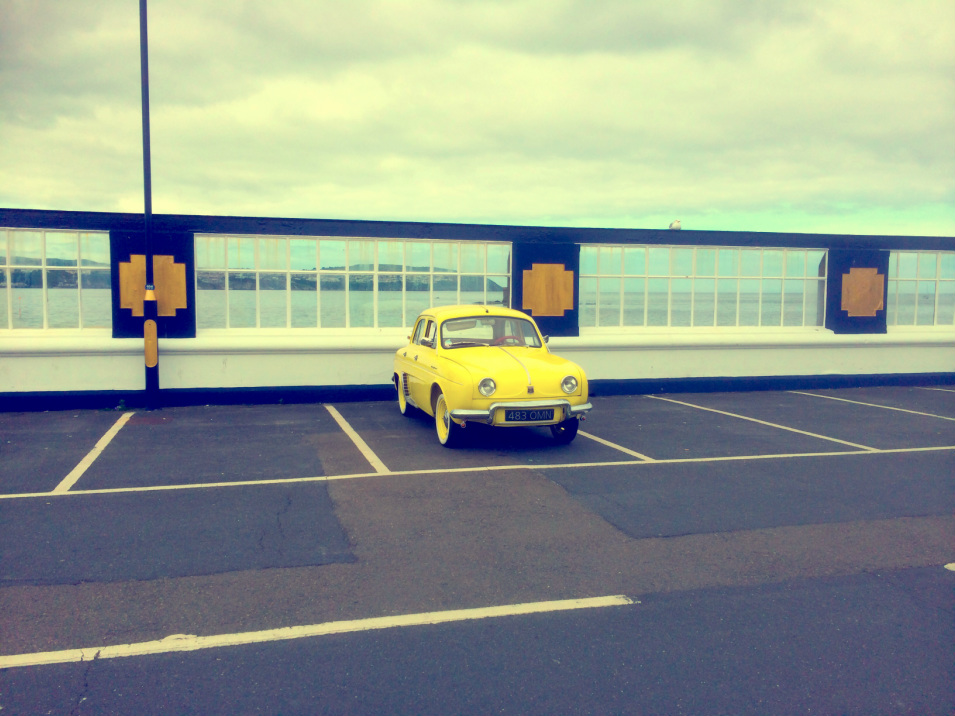 Renault Dauphine is a rear-engined economy car manufactured by Renault in one body style — a three-box, four-door sedan — as the successor to the Renault 4CV, with over two million examples marketed worldwide during its production from 1956-1967.

Along with such cars as the Volkswagen Beetle, Morris Minor and Fiat 500, the Dauphine pioneered the modern European economy car.

This car has undergone a restoration by me, but ultimately it’s still in a very useable condition and you should not be afraid to use this car everyday. You can get every part for this car and they a dirt cheap. I personally have the Renault UK club order all my spares. Any mechanic can repair anything on these cars as no special tools are required. I have done all the maintenance myself as they are so easy to work on.

The car was a French barn find, and I completely stripped the car, re-painted it and rebuilt just about everything. It has completely new suspension, brakes, clutch, electrics, hubs, universal joints and bearings. Essentially, there is nothing that needs doing.

The whole underneath and inside the doors have been Waxoyled.

These cars are still modestly priced, especially when you consider the higher prices commanded by the Fiat 500. I also think that this car is easy to live with and more civilised to drive. I have been out with 4 people in this car and it’s just pure fun.

Early Renaults had a bad rep, largely because you could literally hear them rusting away. However this car has no rust when I acquired it having languished in Southern France, and it has now been adequately rust-proofed, which means it will outlive your series 3 BMW!