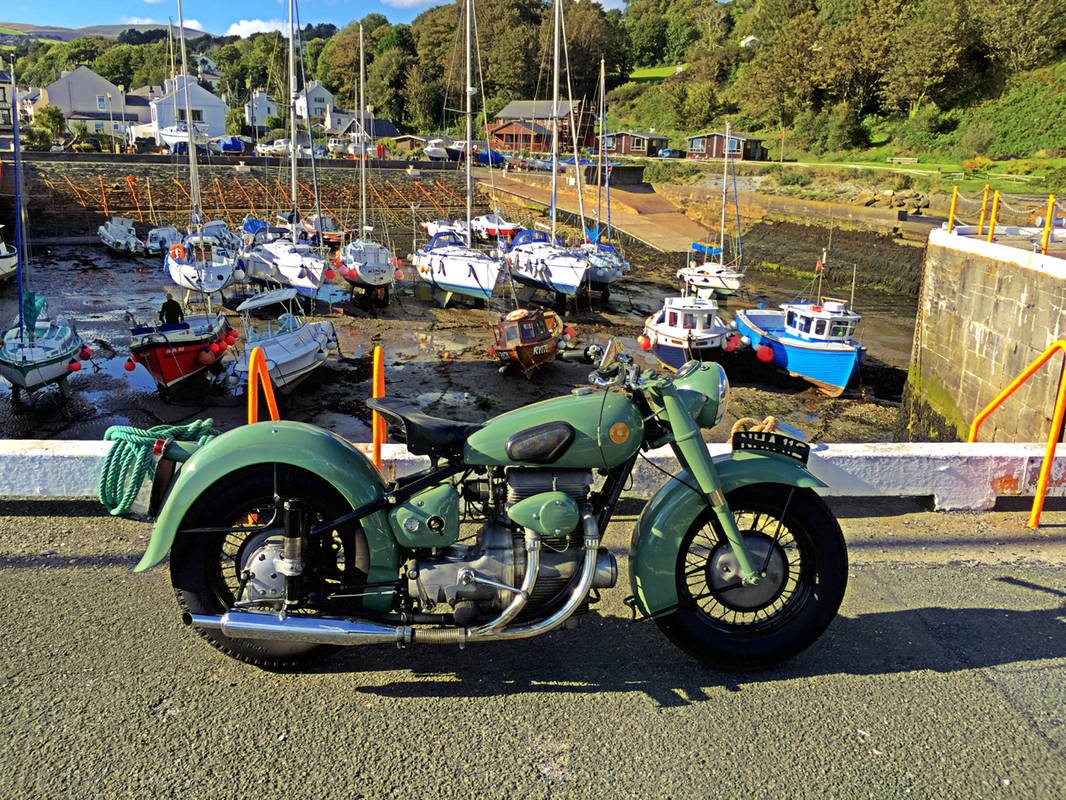 The Sunbeam S7 and S8 are British motorcycles designed by Erling Poppe based on the BMW R75  designs that were acquired by BSA (together with the full rights to the Sunbeam brand) at the end of  World War II. Built in Redditch, the engine layout was an unusual in-line 500 cc twin which drove a shaft drive to the rear wheel. The inline engine made this technologically feasible—horizontally-opposed ("flat") twin engines on BMW motorcycles had already used shaft drives. The early S7 was expensive and over engineered, which is why it is now the most sought-after and commands a premium over the S7 De Luxe and the S8, which were produced with fewer features to reduce costs, while retaining many of the innovative parts of the early Sunbeam and updating some ideas.


Three models were produced, the S7, S7 "de luxe" and the S8. The original S7 (the "Tourer") (2,104 produced from 1946 to 1948) was expensive and did not sell well. In 1949 the S7 was updated to become the S7 de luxe (5,554 produced) and the S8 (8,530 produced). Both had new cylinder linings, redesigned frames and increased oil capacity. The S8 was sold as a "sports" model with increased performance from higher compression pistons with a top speed of 85 mph (137 km/h). It also had new forks, a cast aluminum silencer and chromed wheels (with narrower tyres to replace the "Balloon" tyres which had led to uncertain handling at speed). S9 and S10 models were planned but never made as BSA decided to concentrate on the more traditional twins. Another "sports" model was also tested but never put into production. This had a much higher compression ratio with a different OHC design but was never sold, reputedly because of the undampened front fork system which affected handling. There were also trials with a rigid version for a cheaper model but this design was also abandoned.

Road legal Mist Green S7
Some early models of the original S7 were produced in black but most in the now familiar "Mist Green". The S7 de luxe came in either "Mist Green" or black and for export abroad BSA supplied Sunbeams in any colour. 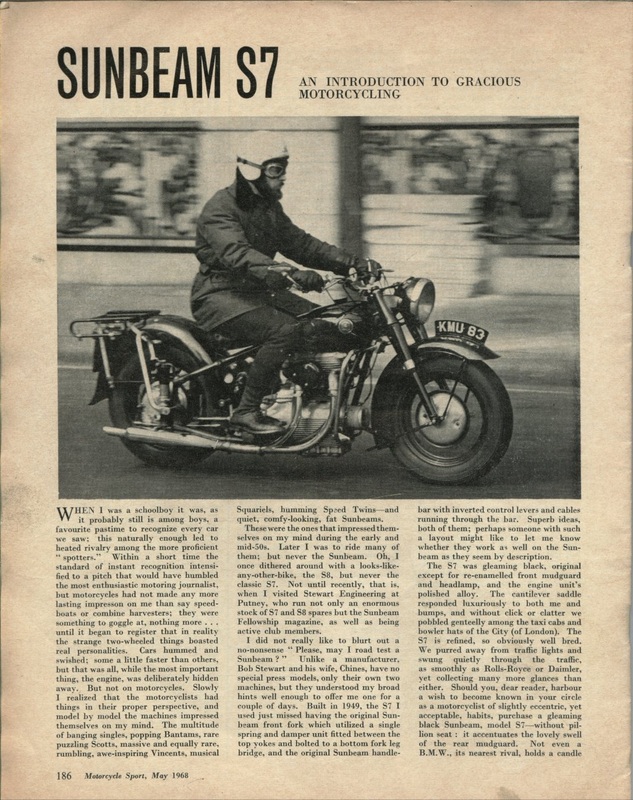 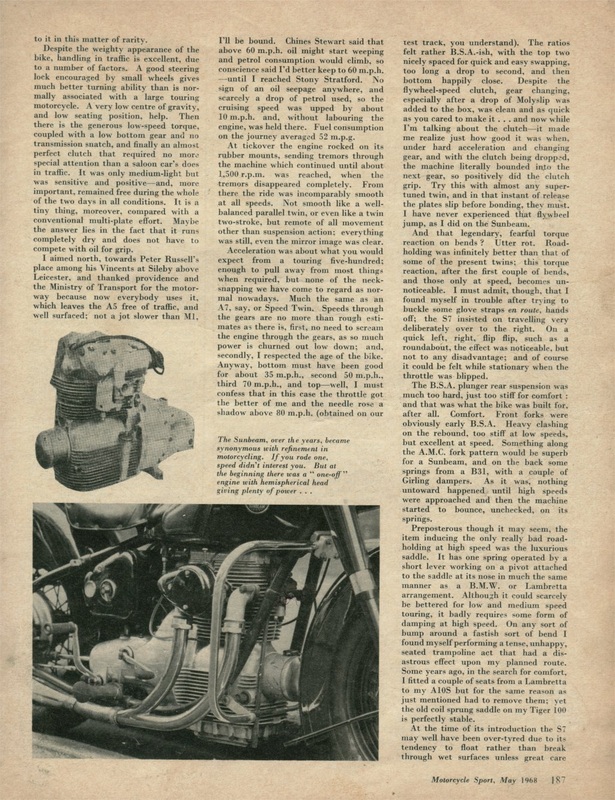 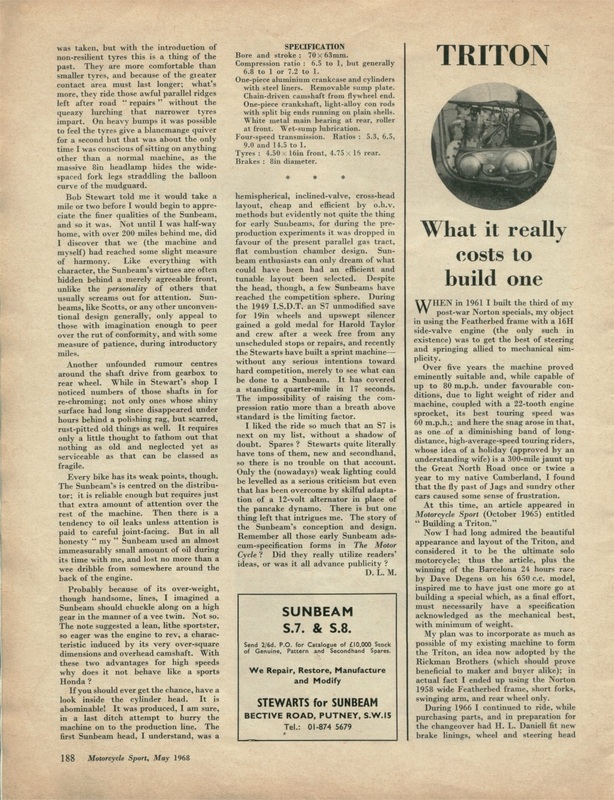