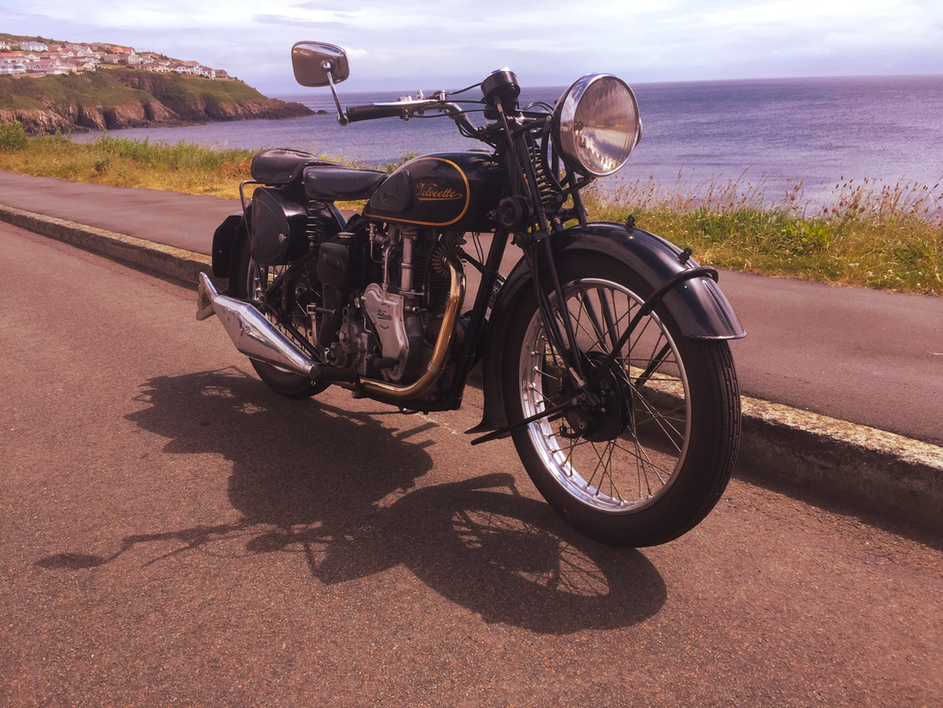 Famous the world over for its half-litre sports bikes, the Velocette marque also catered for more modest pockets with their pretty 350 singles. Surprisingly torquey and lacking in vibration, the Phil Irving-designed frame gives a safe and pleasant ride. The humble touring Velocettes from Hall Green in Birmingham hardly changed their appearance from the early 1930s to their demise in the early 70s.

The firm made its name with its exotic ohc bikes, winning a string of TTs in the 1920s, and first place at the 1930 Manx GP; the racing KTT also being offered in KSS road trim. Later, the quirky LE and rapid Venom Thruxton became famous, but in some ways the competent MAC epitomised everything rank-and-file riders loved about Velocettes.

The second of Velocette's M-series 'high camshaft' models, the 350cc MAC first appeared in 1934 and subsequently was bored out to create the 500cc MSS. Post-war, the M-series Velos continued much as before, with rigid frames and - initially - Webb girder forks. The MAC gained an alloy cylinder barrel and 'head for 1951, as well as Velocette's own telescopic front fork in place of the preceding Dowty, and was further updated with a swinging-arm frame in 1953.