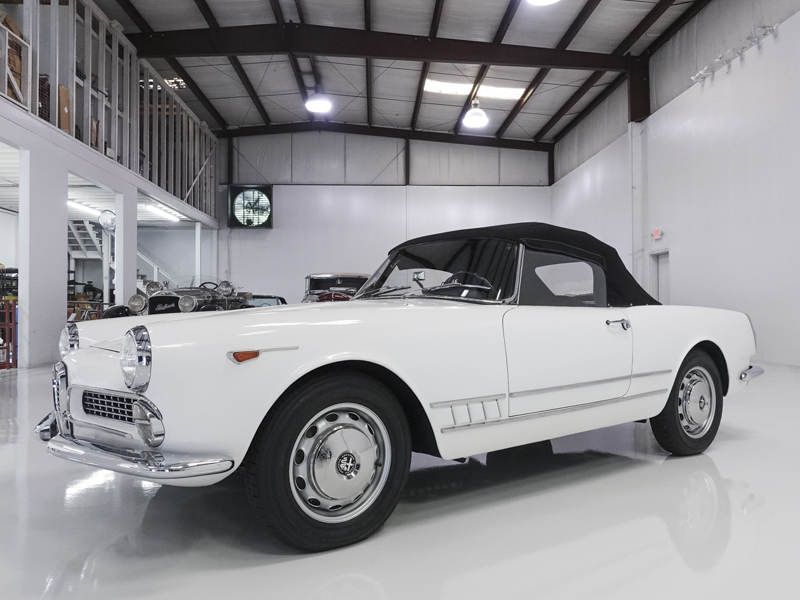 HISTORY
In the years following World War II Alfa Romeo underwent a tremendous transformation. Prior to the war and until about 1950 Alfa Romeo specialised in bespoke or low-production hand-made sports cars for a very exclusive clientele. But in the years after the war they wisely realised that to survive they had to build in volume. So in 1950 an all-new design appeared in the form of the 1900 – Alfa Romeo’s very first mass produced automobile built on an assembly line. Alfa Romeo production increased nearly tenfold thanks to the success of the 1900 Berlina. Of course Alfa remained close with the best of the Italian Carrozzeria and many very special bodied coupes and cabriolets were produced using the 1900’s underpinnings some one-off and others in very limited numbers.In 1958 the 1900’s replacement appeared with a larger more powerful 2-litre class engine. Known as the 2000 it carried on where the 1900 left off as a mass produced mid-priced sedan. It was also being built alongside its more popular and smaller sibling the Giulietta. Of course coupe and open spyder variants appeared soon after the sedan debuted. The coupe styling was handled by Bertone and the elegant spyder was penned by Carrozzeria Touring of Milan. The 2-litre engine fitted to the 2000 may look familiar to Alfisti but it was altogether different from its junior siblings. The larger engine featured a robust iron block twin chain-driven camshafts hemispherical combustion chambers and a pair of Solex carburretors. The engine was backed by a slick 5-speed manual transmission (a revelation in the late 1950’s!) and gave a smooth revvy 131 horsepower. The engine and gearbox were perfectly mated and were enough to endow the 2000 Spyder with ample performance and a 100 mph-plus top speed. Suspension was independent up front with a well-located live axle in the rear delivering stable and predictable handling. Braking was handled by Alfa’s powerful and beautifully made finned alloy drums.The 2000 was only built between 1958 and 1962 and is often considered to be a more relaxed sophisticated and altogether more rare alternative to the more common Giulietta. It also offers better balanced handling and more elegant lines than the larger six-cylinder 2600.

The 2000 was presented in 1957 at the Turin Motor Show,with 4-door, 6-seater saloon Berlina body. Production started in 1958, and the car was available as Berlina or Spider convertible. In 1960, the Sprint coupé was added. The 2000 Berlina had gearbox operated via column-mounted shifter making space for three people in front. The two grand touring versions had the gear lever located in floor, and a higher output engine. Until 1961, when 2+2-seater became available, the Spider was a pure two-seater. The last 2000s were built in 1962, when the improved six-cylinder Alfa Romeo 2600 was phased in.

Although there was an Alfa Romeo dealership in the UK in the early Sixties, 'Thomson Taylor' the 2000 Spider was never made in RHD. This coupled with the fact that the Spider was a very expensive prestigious sports car they were extremely rare in the UK.

​The 2000, also known as the 2-Litre was designed for luxurious long-distance touring, which can be interpreted to mean the American market. The Spider received an uprated Sprint engine that had 8.5:1 compression and dual carburretors, resulting in it producing 115 horsepower at 5,900 rpm. While a Giulietta could outperform the 2,596-pound Spider in most conditions, the 2000 offers a completely different driving experience. Many drivers that were familiar with only the smaller Alfa Romeos of the era have remarked at how solidly constructed the Touring body feels. A full 10 inches of additional wheelbase opens up the cabin experience to one that resembles a Ferrari 250 Cabriolet of the same era, and indeed, there is more than a passing resemblance to the two cars overall.

THIS EXAMPLE
This example is finished in gorgeous Grand Prix White with a beautiful dark red leather interior and black convertible top, this exceptional 2000 spider was just purchased in Southern California where it was beautifully restored and is now ready to be shown or driven. This magnificent example is one of only 1,930 built and is accompanied with Jack & tools as well as service records.

The engine bay is tidy and nicely presented with plenty of evidence of proper maintenance. The chassis and brakes are strong and performance is excellent and the car drives brilliantly. You rarely find cars like this one anymore it’s simply an honest old car that drives wonderfully and works as it was designed.

A stylish coach-built body by one of the greatest Carrozzeria of all time only adds desirability in spades. This rare and delightful Alfa Romeo is ready for regular use and would be most welcome on any tour or classic rally in North America or Europe.

There are usually only a handful of these cars for sale at any one time. However, there are lots of dodgy restorations, unflattering colour combinations and poorly judged wire-wheel conversions. This Alfa has a wonderful colour combination and in my opinion the nicest shade of Red that has settled down and doesn't possess that unnatural overly restored look.

As you can see from the undercarriage, this car has had no welding and has clearly been well cared for.

These truly under-valued cars share their good looks with the Maserati of the same era  (see below), and you will need Million Euros to have one of those sitting in your garage. A car this attractive, with its performance and pedigree is a great investment as well as a pleasure to own. 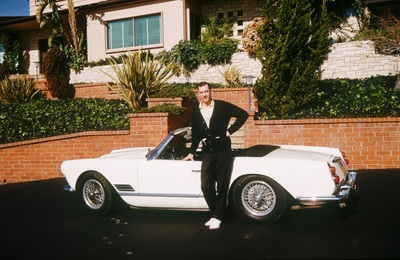 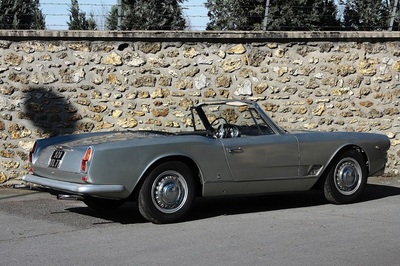 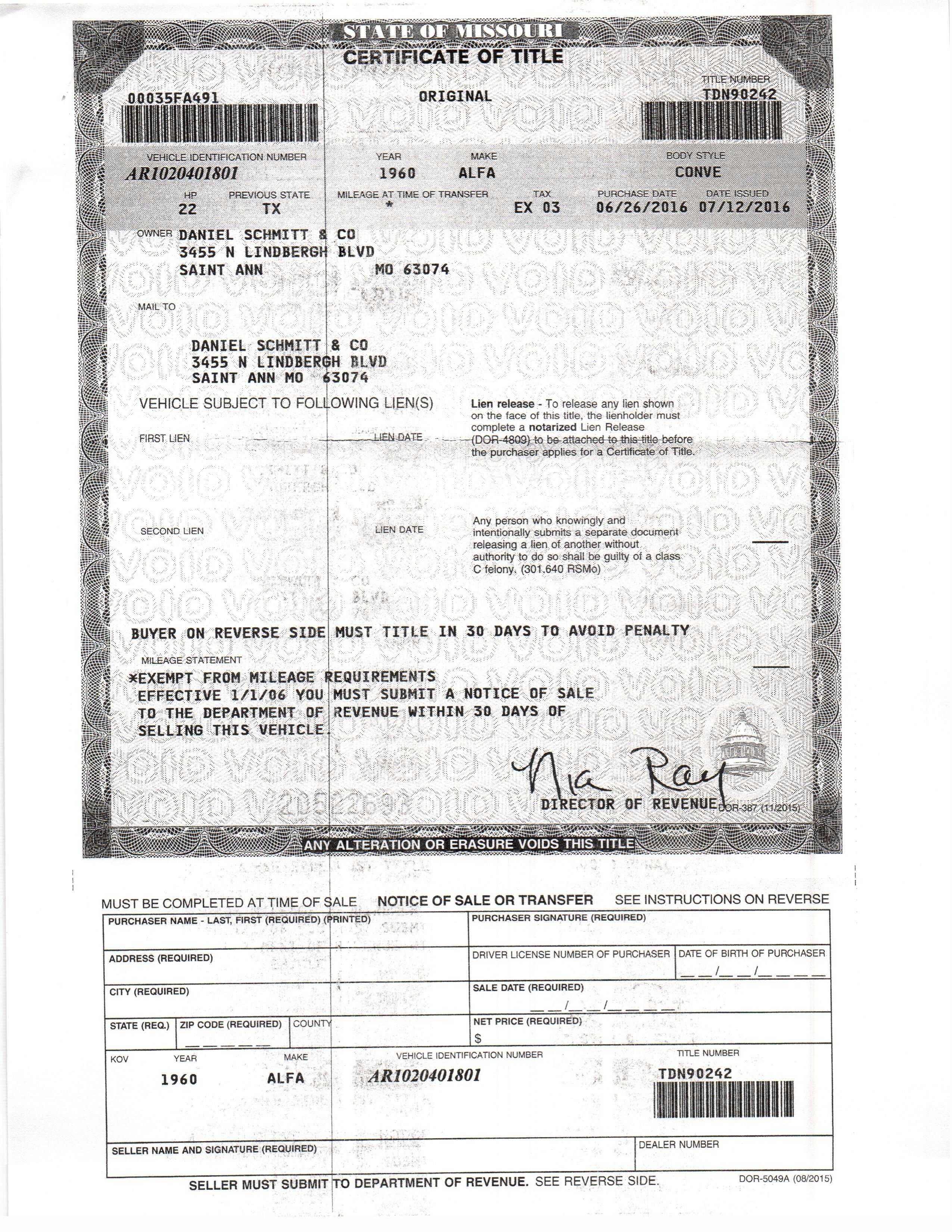 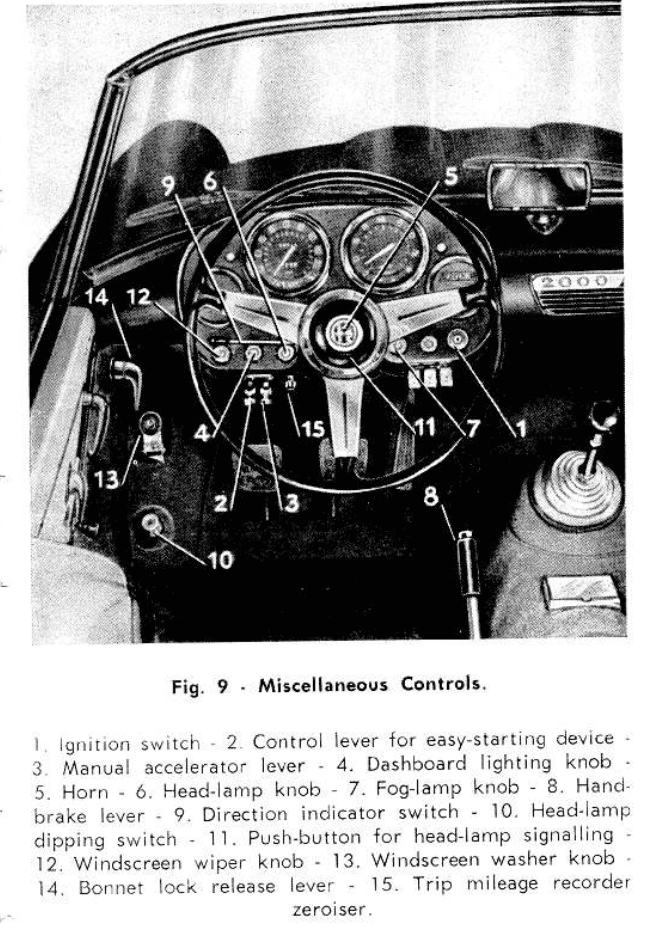 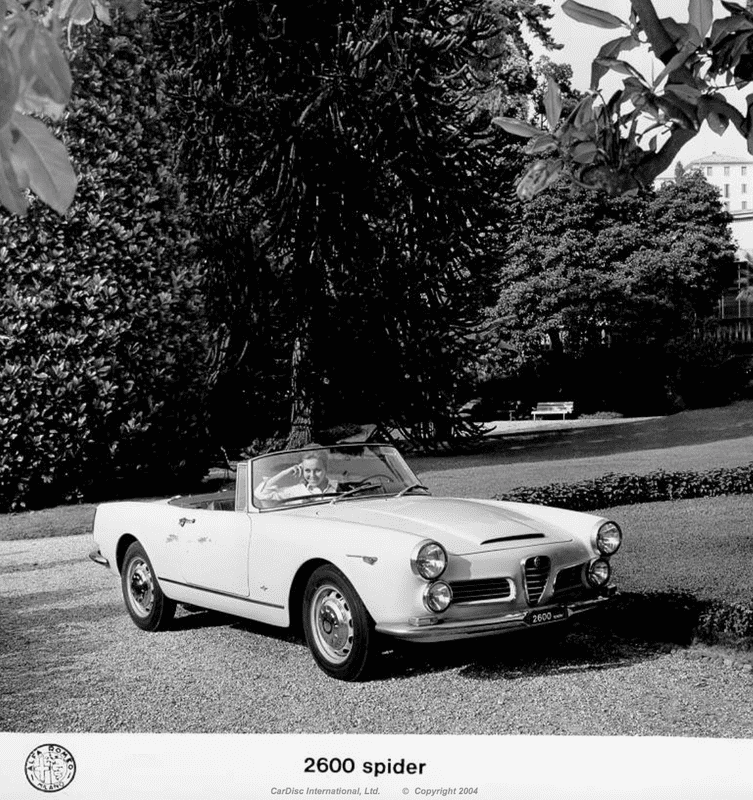 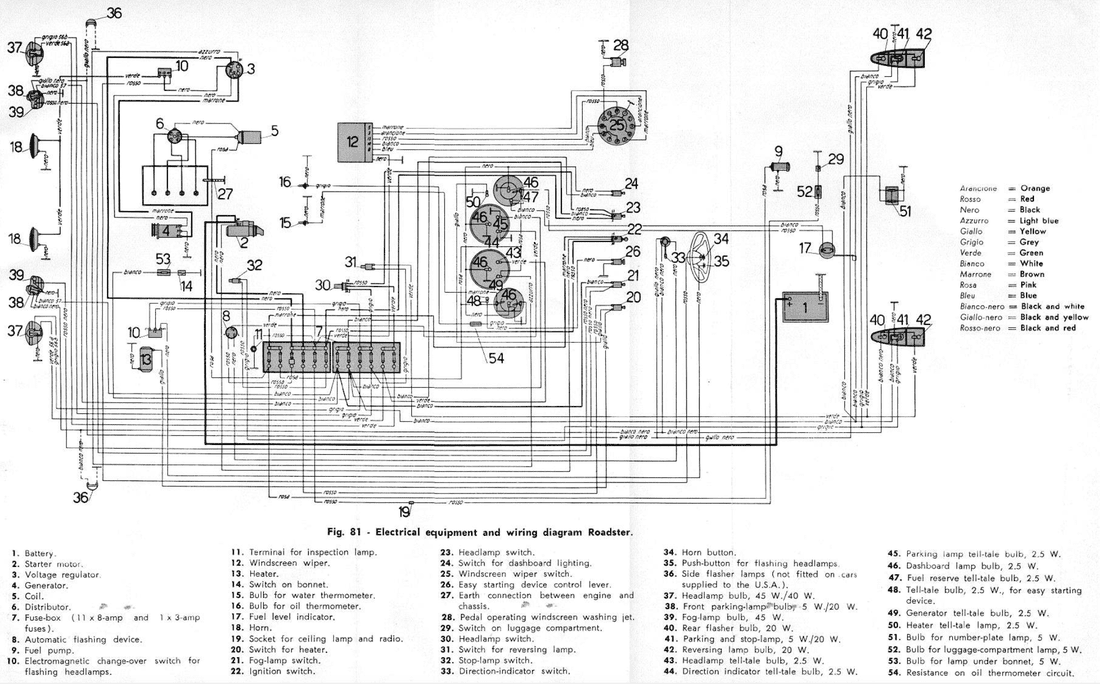 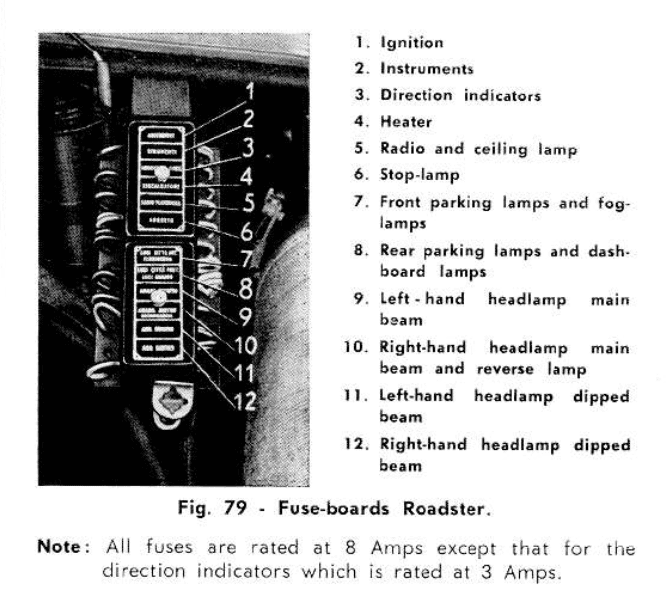 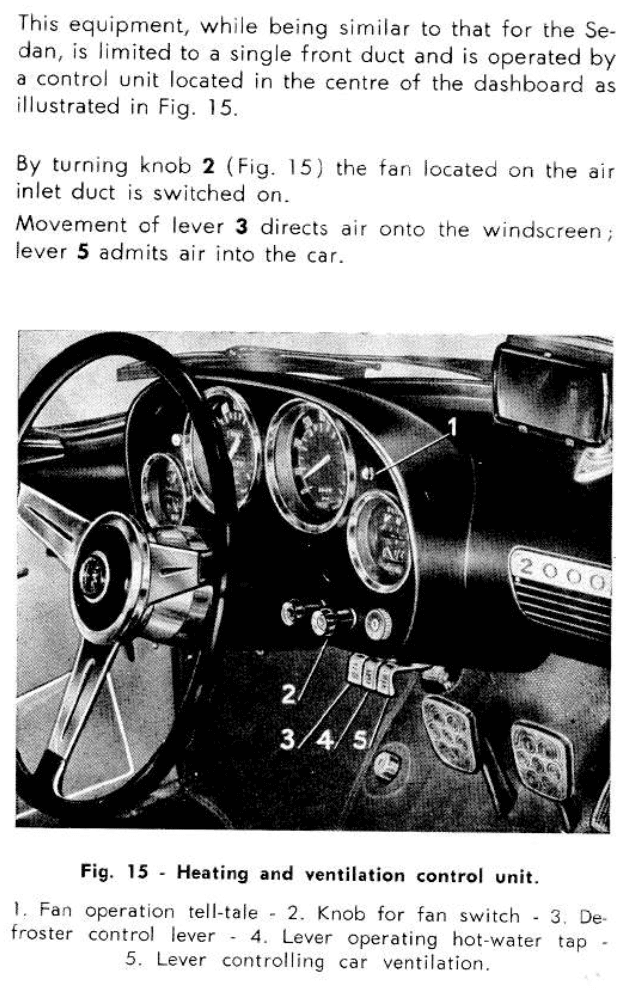 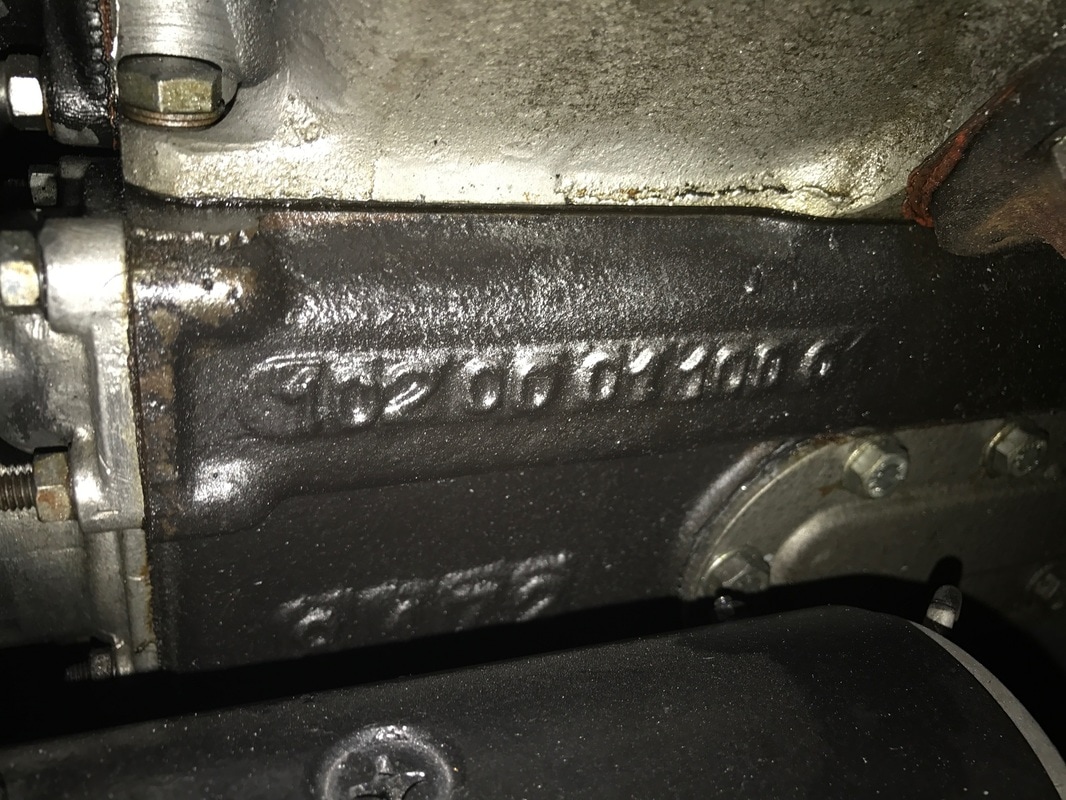 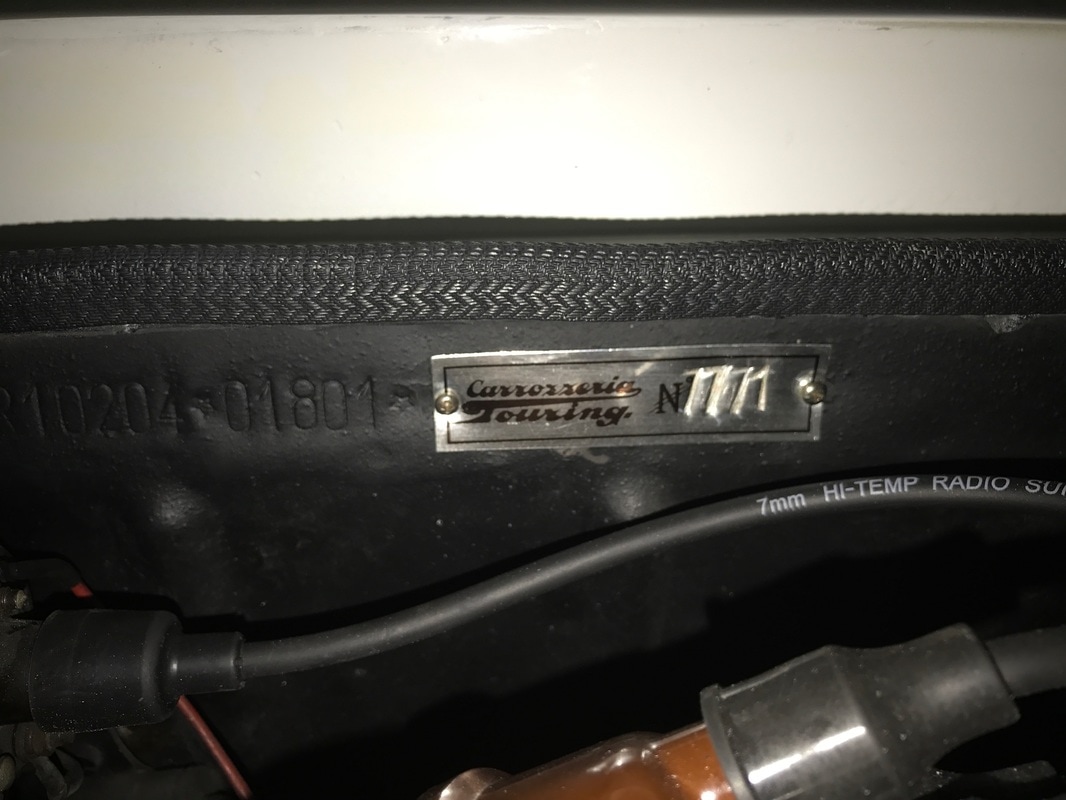 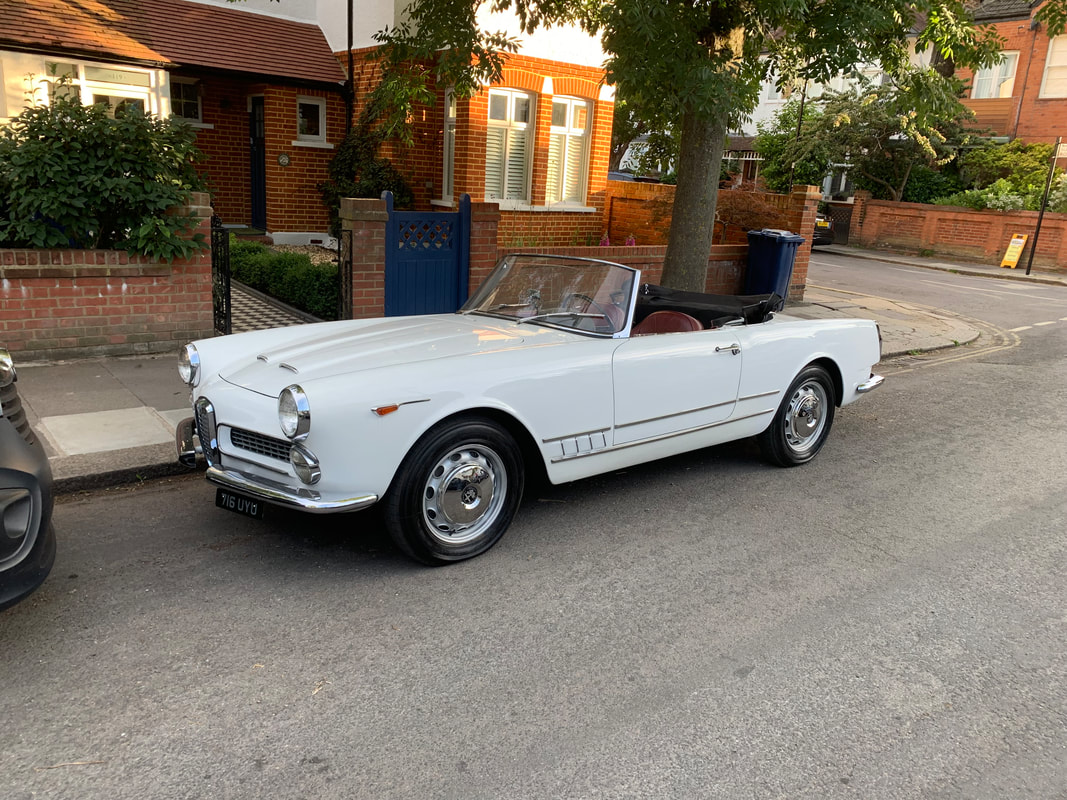 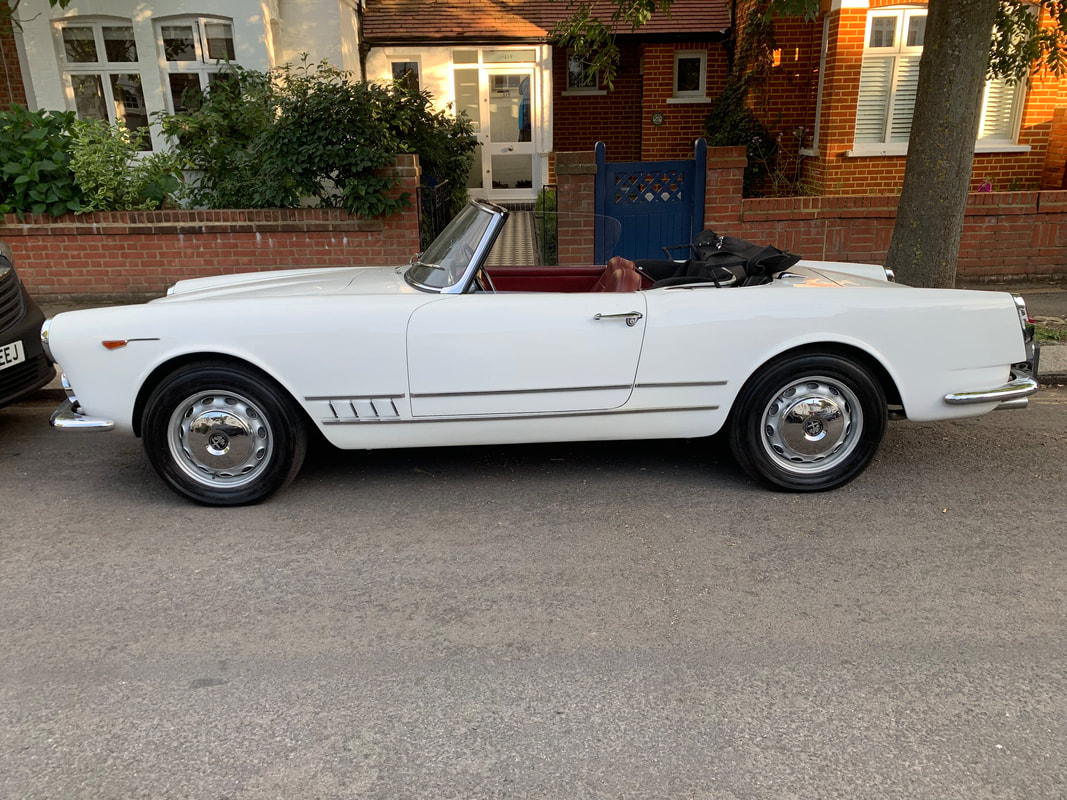 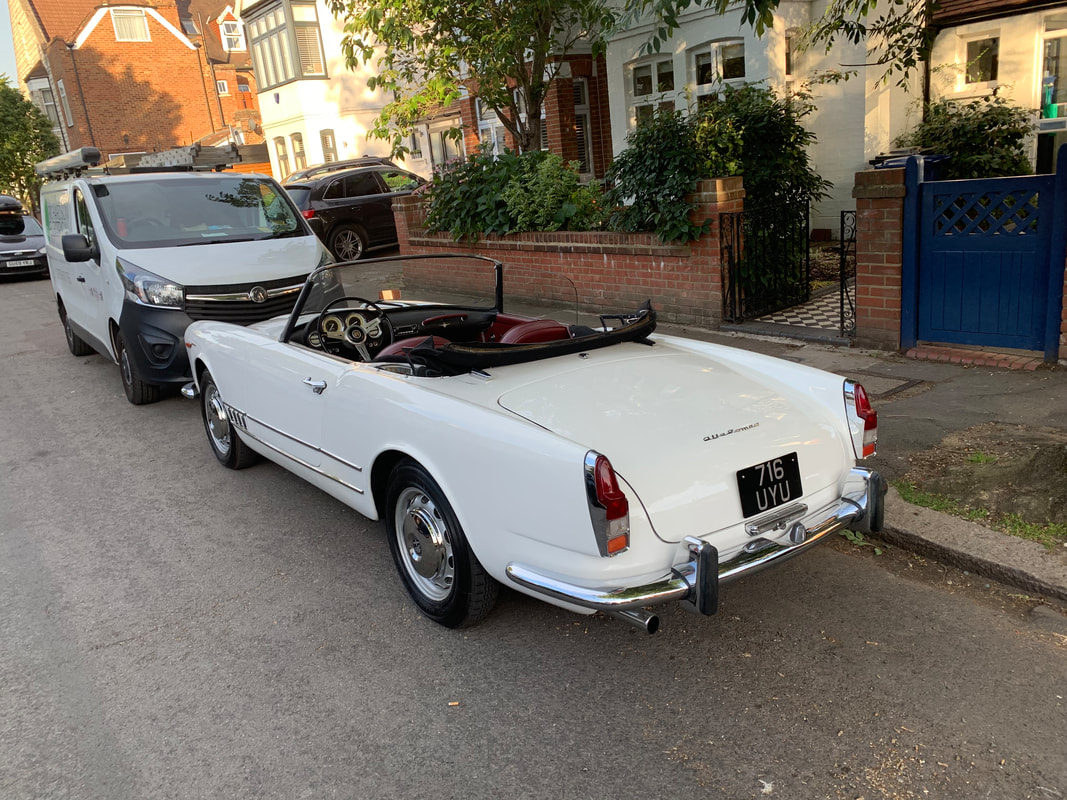 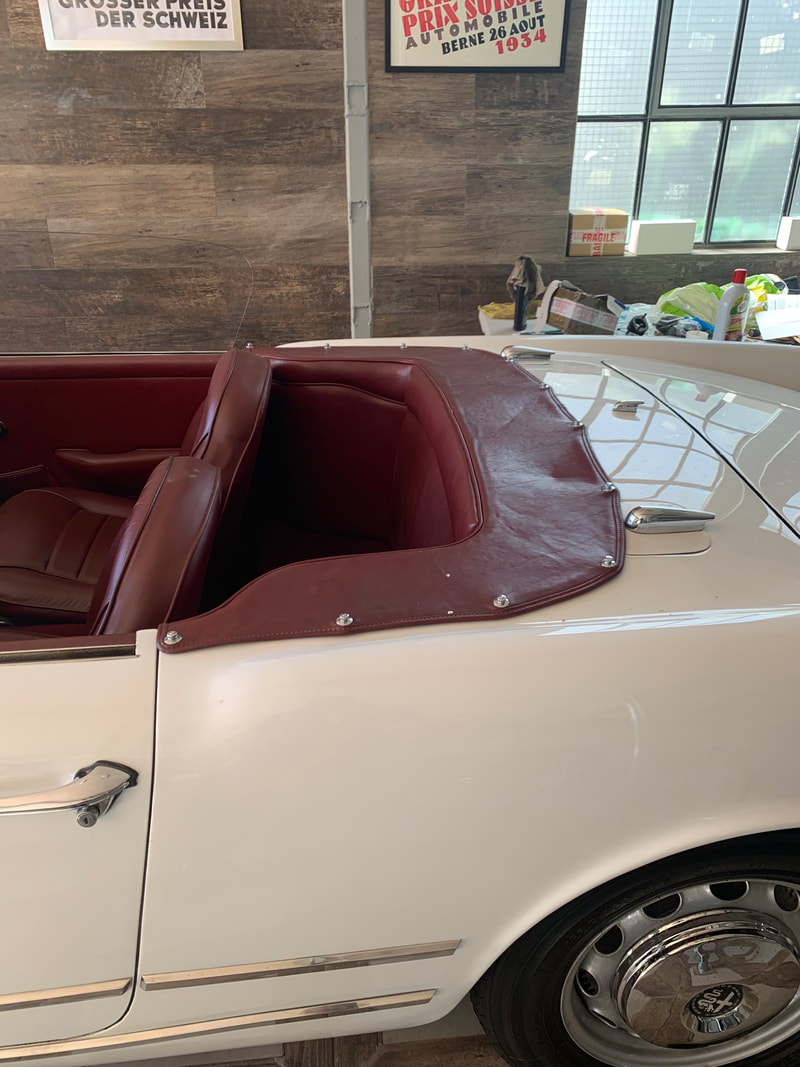